Helpful tips you need to know about racing oils 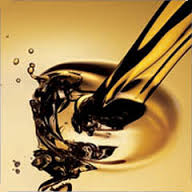 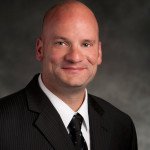 Between a crankshaft journal and a rod bearing a film of oil resides in a space approximately the thickness of a human hair.

In last year’s Pro Stock 500cu in V8 racing engines, crankshafts were spinning near 11,500rpm. In 2006 the V8 Cosworth F1 racing engine reached an astonishing 20,000rpm. Oil film operating in passages the thickness of a piece of paper prevented their parts from touching—as it is in most racing engines.

Oil film, which is also referred to as an oil wedge, can be better understood if you consider a piston ring moving down a cylinder. When in motion, the oil begins to accumulate before the ring and forms a wedge-like shape. If severe, the ring can hop on top of the oil wedge, which breaches the seal between the ring and cylinder wall, causing blow-by of combustion gases. Though more difficult to visualize, the wedge effect is also present in the lubrication space between the crankshaft journal and the rod bearing. Its depth measures approximately 0.003in.

Recently, at the annual MPMC conference where 100 racing parts manufacturers met the media, AMSOIL’s Len Groom was on hand, as intelligent a man as ever discussed synthetic racing oils.

High quality racing oils, he explains, demand attention in several key areas in order to provide protection. Two of the most important areas lie within their film strength and resistance to viscosity loss under high pressure. “In fact,” says Groom, “when racers using our 15w-50 tell me they are running oil temperatures of 260F, I don’t get too concerned so long as the pressure is adequate.” Tellingly, Groom added cranking it up by an additional 50 degrees could further reduce the parasitic drag.

“It depends on the engine but our evidence demonstrates that by running our Dominator 15W-50 racing oil at 300F-plus, the engine will make more power—and you can prove this on the dynamometer,” he says. “It often surprises racers to learn that even circle track engines can run 330F and maintain those temperatures for the entire racing weekend without an oil change.”

Retaining film strength or minimizing the thinning of the oil at high temperature is the goal and this is achieved by the properties—the quality of the ingredients—used in creating the racing oil.

Well fine, but what happens if you stray beyond the high temperature threshold and the film strength is compromised? ”Oxidation accelerates at high temperatures; that’s when the oil thickens and becomes tar-like—it smells. However,” he continues, “if you use high quality synthetics, as we do with the Dominator oils, oxidation becomes less of a threat at those high temperatures.” 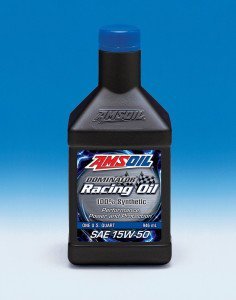 Racing engines, by nature, run increased cylinder pressures; so too do modified engines, particularly when supercharged, turbocharged or when nitrous oxide is added. Simultaneously, the film strength needs to be maintained under the higher load placed on the bearings.

To overcome this potential threat, some racers compensate by using thicker oils. They are aware that increased cylinder pressure will have a greater influence in forcing the oil out between the top of the rod journal and the bearing. “But forcing a 20W-50 lubricant through the engine,” says Groom, “will induce greater parasitic losses—power losses—and contribute no improvement to the oil film. In contrast, a competent 15W-50 or even a 10W-30 high quality synthetic could be superior.”

Film strength he explains refers to the strength of the molecules in the oil and their resistance to compression forces. “If film strength is insufficient,” says Groom, “the oil molecules can become compressed and collapse under load—then moving surfaces can touch, which creates wear. Only a properly formulated product with the inclusion of high quality base oils and high quality additives can provide protection in extreme racing environments.”

Conspicuously, there are basics beyond the oil maker’s control that should be observed. It’s imperative, for example, to mount the oil pick-up about ¼-inch from the bottom of the oil pan and probably not more than 3/8-inch says Todd Goodwin of Goodwin Competition. “Positioning it too low leads to cavitation; too high brings similar consequences as g-forces can move the oil away from its control,” he says.

Oil flow requirements differ in every engine and oil makers place their faith in the experience of the engine builder. Measured in gallons-per-minute, oil flow is affected by water temperature, oil temperature and oil viscosity. Also, the oiling requirements of a cast-iron block differ from those of an aluminum block (expansion rates) as do roller bearings or Babbitt bearings in which the camshaft runs. Generous bearing clearances cause rapid bleeding of oil. Aerating in the form of a mist, it takes time for the oil to revert to its former pristine condition.

Furthermore, if piston squirters or valve cover squirters are employed, they, too, need to be considered in the oil-flow equation. Given these factors, a pump of the correct flow rating is selected and those engine builders using a dynamometer equipped with oil flow meter can check it.

Clearly, it’s best to avoid running too much oil through the engine as it overworks the oil pump’s bypass system and thus overheats the oil. Why use a pump with the capacity to flow nineteen gallons per minute in an engine that requires only nine? It’s smarter to have the correct oil flow and empower it and the oil pressure to increase with engine speed.

For the oil maker, the developing of successful high quality ingredients is complex but for the racer the result is simple: higher performance.