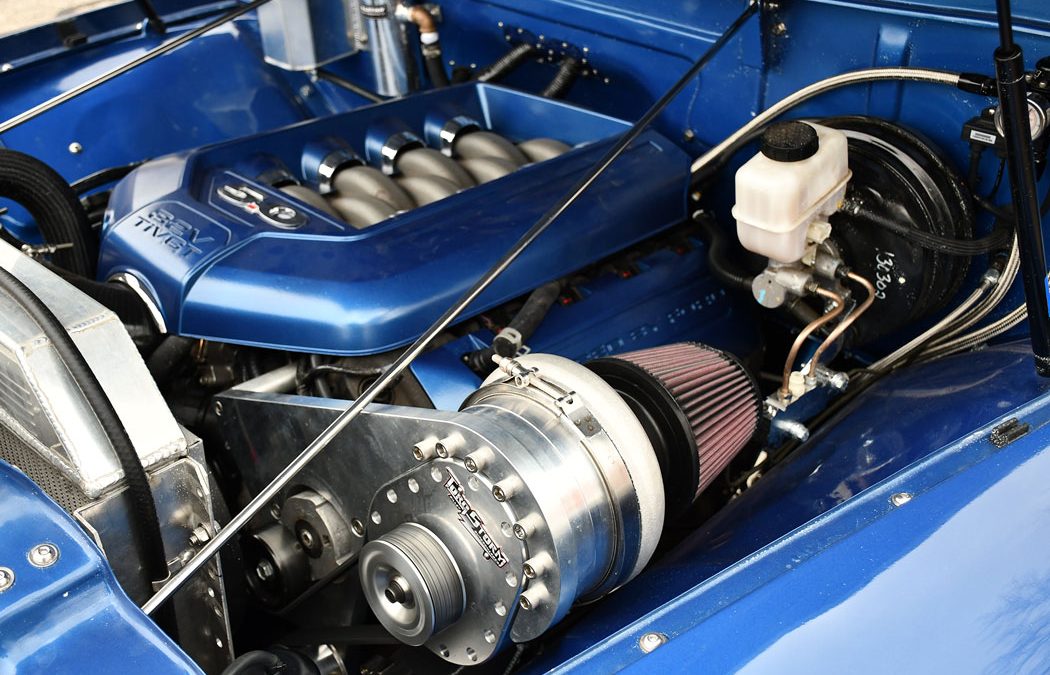 Superchargers have a fine sporting heritage, and you don’t need to be a genius to understand their perennial appeal. They are potent bolt-on concepts, and with hundreds of kits available for convenient installation, questions abound. Here are a few:

What are TorqStorm’s plans for further development of the Coyote engines?

Debuting in 2011, Ford introduced Coyote power to the Mustang GT and to the F-150 pickup truck. To date, TorqStorm has developed supercharger systems for the Coyote Gen I and also the Gen II but with limitations. So far, the latter operates not in late-model Mustangs, but in repowering classic Ford vehicles such as the 1958 F100, the1984 Mustang SVO and others.  “Soon our focus will return to the first generation engines,” says the company’s Chris Beardsley, “as the sequential fuel injection—the multi-port system—was displaced by direct injection, which alters the supercharger’s configuration. TorqStorm aims to develop a supercharger for the Gen III engine but will follow its predecessors.”

A twentieth century concept, electronic direct injection in gasoline engines was employed in production engines by Mitsubishi in 1996.

The drive belt travels from the passenger side above the water pump to the a/c compressor, the power steering pump, and onward to the crank pulley. When air conditioning and power steering are omitted, a pulley must be substituted to facilitate the drive belt’s travel down to the crank. If a pulley exists, all is well. Also, if the reverse-rotation water pump is omitted (similar to a 1979 Mustang) the belt could travel around the crank, water pump and alternator without the extra idler. ”These variants can be accommodated,” says TorqStorm’s Chris Beardsley, “but best to send a photograph to clarify.”

Ford’s 400 and 351M use the same TorqStorm kit as the Cleveland, but because of their taller deck heights, they use a longer drive belt. For those interested, the letter M denotes Michigan as the facility that produced this tall-deck block.

“Do you have any recommendation on the crank damper without the cast v-groove in the damper?”

Ford introduced their FE engine in 1958 and produced it with displacements of 332ci to 428ci until the mid-nineteen-seventies, and TorqStorm’s supercharger kit installs on all but requires a crank damper from 1968 and onward. The later damper accepts a bolt-on pulley and, thus, accommodates the supercharger’s drive belt arrangement.

Occasionally owners of Flathead Fords marvel at the prospect of installing a supercharger.  Unfortunately, modest demand hampers the prospects of small batch production for these nostalgic 1932 to ’53 machines.

Can I install an LS engine with a TorqStorm supercharger in my Ford?

This is dependent upon the configuration of the accessories: the power steering, the alternator and particularly the air conditioning, which is the largest of the three accessories.

If the air-conditioning is mounted on the passenger-side cylinder head, generally the supercharger manufacturer is compelled to mount the blower on the driver-side cylinder head. When supercharging is anticipated, it’s best to engage some foresight regarding the placement of the three accessories.

“Do you offer a single supercharger kit for a SBF 302 that accommodates an alternator and air conditioning while running an electric water pump?”

“Usually yes,” says Chris Beardsley, “assuming the air conditioning compressor is mounted low enough to allow the drive belt to travel to and from the crank pulley without obstruction. To clarify, though, please send me a picture of your drive belt arrangement.”

“I’m going to order your kit but still trying to understand boost reference. I have a Holley Sniper Stealth, which indicates fuel pump pressure as 60 psi. Does this mean I need a regulator set at 60 psi?”