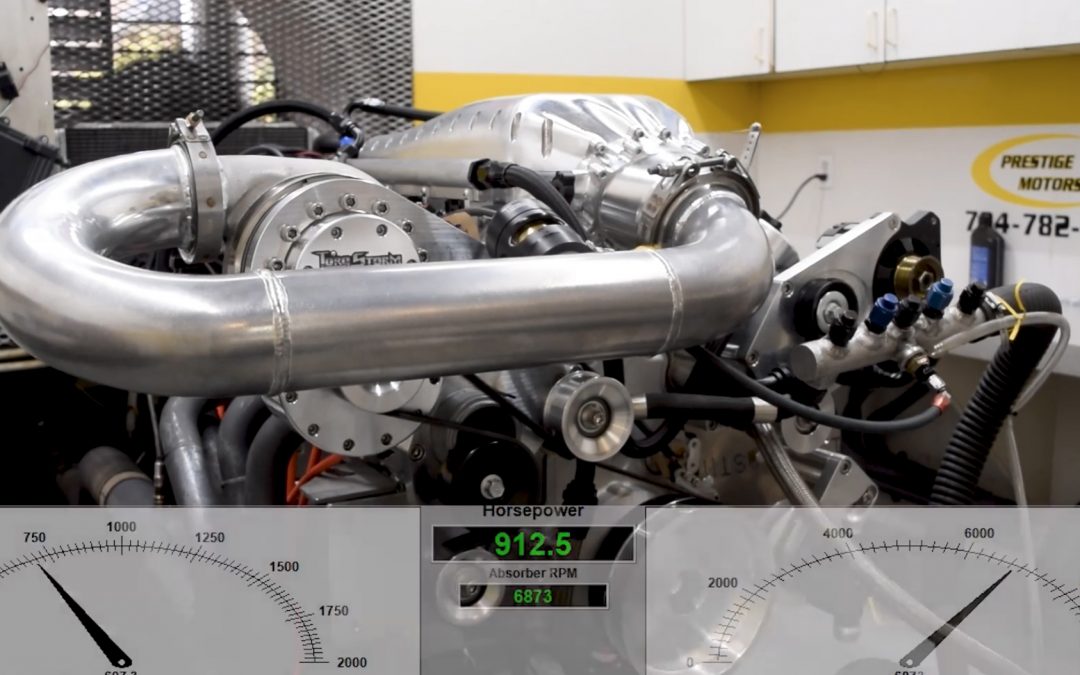 The aftermarket performance industry is constantly moving the goal posts for performance, and TorqStorm Superchargers is one of the companies at the forefront of this.

Engine components may be improved to the point where they need to be discarded, and the next level of refinement comes to market. An excellent example of this would be an ignition system. The evolution being: magneto, distributor, electronic-ignition, distributor-less ignition, and then coil-on-plug.

Automotive engine technology has always been and will be a moving target.

Before the performance industry can improve an area, a metric or means to assign quantifiable data must be created. This separates the real or tangible gains from the often perceived but nonexistent change in performance. Thus, the first step is to create an accurate metric or measuring stick or scale in layperson’s terms.

Often, the metric itself is more challenging to create than an improvement in the mechanical design. But without complex numbers, the gain is meaningless.

The internal combustion (IC) engine is nothing more than a converter —- it converts chemical energy to mechanical energy (power).

The chemical energy in the fuel, measured in Btu, will impact the work the engine can perform on a given amount.

Since the fuel’s energy density varies due to many factors, the engineer does not look at gallons of fuel but instead references pounds, mass, and not volume.

The trouble with an engine is that it is relatively inefficient in converting chemical to mechanical energy. As a result, there are three areas of loss. A loss defines energy that is consumed but not transmitted to the crankshaft. The three areas of waste are friction, thermal, and pumping. The following are a brief explanation of these losses:

Frictional: The amount of energy consumed in operating the engine and its ancillary components such as the oil, water, fuel pump, the camshaft, the rocker arms, the pistons, etc. Everything that moves in the engine works against friction and requires energy to overcome that.

Thermal: Does an engine’s radiator and exhaust system get hot when running? Of course, it does. That is lost energy from the fuel. The heat energy that goes into the engine coolant and out the tailpipe constitutes a thermal loss.

Pumping: Did you ever try to turn an engine over by hand with a wrench on the harmonic balancer bolt? If so, it is pretty challenging to do. But if you remove all the sparkplugs, the task becomes much more manageable. The engine’s work to fill the cylinders with the combustible mixture and then expel the exhaust from the cylinder is identified as pumping loss.

The metric to accurately identify energy usage in an engine is brake specific fuel consumption (BSFC). It measures the amount of fuel in pounds consumed to produce one horsepower for one hour.

To determine BSFC, the engine needs to be put on a dynamometer with an accurate fuel flow meter. The weight or specific gravity of the fuel also must be known. All of this data is processed, and a BSFC value is determined.

The lower the BSFC, the more efficiently the engine converts chemical to mechanical energy.

A gasoline engine will have a BSFC value that is a decimal such as 0.50. I will use this rating for its mathematical ease.

A BSFC rating of 0.50 means that the engine will consume one-half pound of fuel in one hour to produce one horsepower.

If the fuel weighs 8 pounds/gallon, the engine will consume approximately a little more than 1/2 gallon (0.625 gallon).

If another engine produced 100 horsepower and consumed 6.25 gallons of the same fuel in one hour, it too would be just as efficient as the 10-horsepower design. However, it just made ten times more power, so it used more energy but at the same rate.

In engineering parlance, this is identified as thermal efficiency.

Each fuel type has a different energy density. For example, diesel fuel has more Btu per gallon than gasoline, and methanol alcohol used by many race engines has just about one-half the energy density of gasoline.

A traditional naturally aspirated muscle car engine would have a BSFC at peak torque of around 0.50, while a modern engine such as a Chevy LS or Ford Coyote would be approximately 0.35 to 0.38, or in some cases even lower.

Though the BSFC is an accurate indicator of the energy conversion rate, it needs to be acknowledged that the value may not be linear through the engine load and rpm range.

At this point, it is easy to confuse the mixture created by the carburetor and the BSFC.

The air/fuel ratio can be likened to a recipe to cook a meal. The engine wants a specific amount of air to one part of fuel. In contrast, the BSFC value is how efficiently the energy is converted.

Most performance engines produce the most power with an air/fuel ratio of around 13:1. That means 13 parts of air to one part of fuel.

Suppose we take two different engines that produce the same power, but one is more efficient. In that case, the desired air/fuel ratio will not change, but the jet size in the carburetor would. The engine with the lower BSFC (more efficient) will require a smaller jet than the other.

When a supercharger is added, the carburetor requires larger jets since the engine is making more power; thus, it requires an increase in fuel to create the same desired air/fuel ratio.

Now let’s compare two different superchargers on the same engine, a TorqStorm and Brand B.

In a previous newsletter, an article explains how a TorqStorm supercharger creates the lowest parasitic drag on an engine due to its design and the bearings it employs.

The lower the parasitic drag, the less power the supercharger requires to blow air into the cylinders. In turn, the less fuel in mass to create the horsepower and torque gain.

At this juncture, you may be thinking, so what? Who cares about the jet size?

The efficiency of the TorqStorm blower not only means that it will produce more power for each pound of created manifold boost pressure but the example of adding 100 horsepower will also be achieved with less boost.

The reduction in BSFC with the TorqStorm design allows the carburetor to be easier to tune. First, however, it must be recognized that the fuel demand of an engine is not linear.

Suppose a very large jet is required to fuel the engine at full power. In that case, many tricks need to be employed to create the proper mixture strength at idle and light load to compensate for the poor BSFC. Idle feed restrictors, air bleeds, and emulsion holes must be tweaked.

A more efficient engine is less complicated to tune and often runs better under every operating state with rare exception.