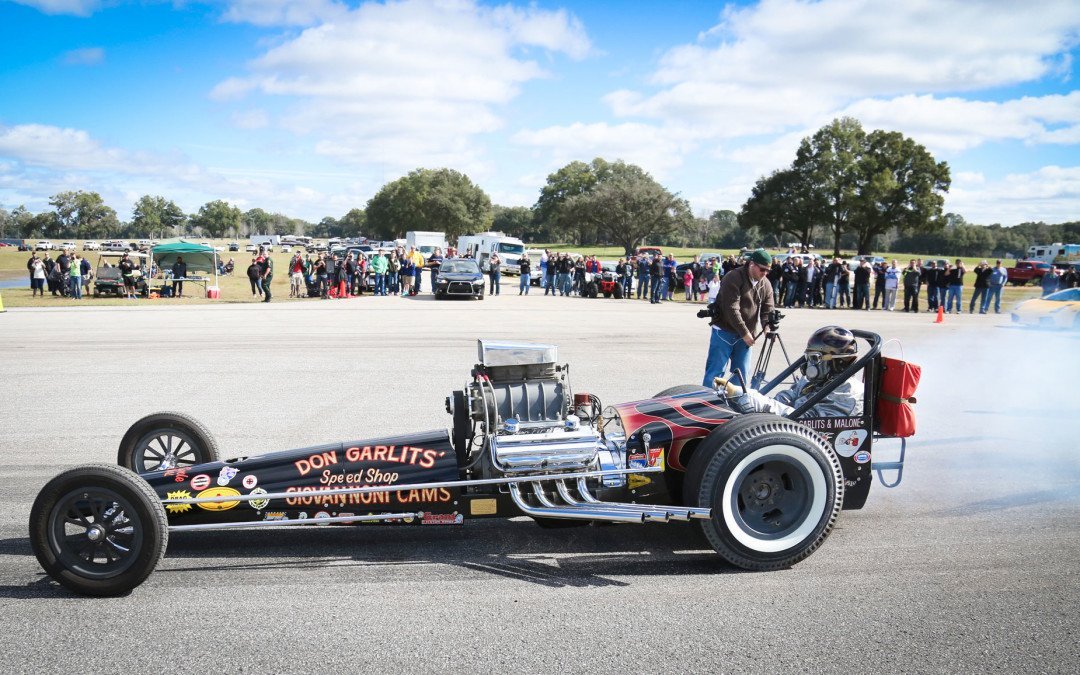 Floridian Don Garlit’s Swamp Rat 1 dragster began life in 1956 and thrived on the race tracks until 1961. It was the subject of constant change.

Originally fuelled by four carburetors, then increased to six and later eight, it ended its illustrious career supercharged and sporting Enderle injectors, a high-gear only and recorded 204.54mph over the quarter mile. Some of its closest Top Fuel rivals came in the form of Art Chrisman, Setto Postoian, Speed Sport Roadster and Bobby Langley. 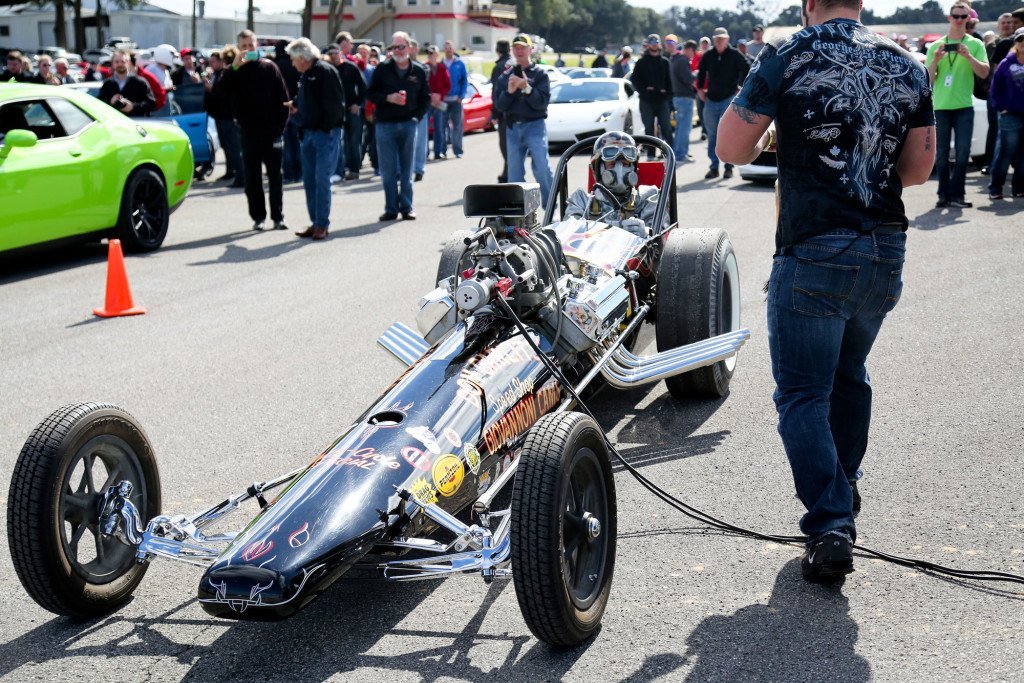 From the beginning, Garlits’ technical virtuosity rarely dimmed. “We always angled the front of the engine down a few degrees,” recollects its 83 year-old-owner. “By putting a little mass under the rear axle centerline, we succeeded in damping the car’s enthusiasm for lofting its front end—simple High School physics.” The Swamp Rat had a further competitive advantage: a lanky 115in wheelbase compared to its California challengers of just 100 inches. “That definitely gave us an edge. Its traction, stability, ease of handling in all those areas the car was superior.”

In 1959, the SR1 became the first dragster to deploy a parachute. “It was a cargo chute,” says Garlits, “and in the beginning they tore their mountings off the backs of the cars—not mine, though, for I had it wrapped around the frame. Jim Deist, its pioneer, showed up out there [in California] with the first one and said, ‘let’s try this.’ With 1949 Olds rear brakes that were far from inspiring, I had nothing to lose!”

The Swamp Rat was also the first car to run 8in wide slicks. M&H made them—Marvin Rifchin and his father Harry. “I was running Bruce’s 7in wide slick recaps when a stockcar racing friend came out to take a look and said, ‘Oh my God, those are recaps. You’re spinning those tires hard and if they sling the caps off they’ll beat you to death. What you need is a set of M&H cruisers,’ which at that time were tires constructed for round-track racing. Though they were only 6.5in wide, they were real tires not recaps.

“So in November 1957 I took those M&H tires to Chester, SC and ran the quarter mile in 8.99sec, a world record ratified by the International Timing Association. A short time earlier I had set the record at 176mph on Bruce’s recaps. Marvin was there selling his cruiser tires to the lower classes. When he saw me run the 8.99 time on the 6.5in tire he asked me what would be better. I replied “8 inches”! A few weeks later I had 8in tires on the 15in rear wheels and soon after they were increased to 8.25in.”

In 1959 the SR1 acquired striking new hot rod front wheels. “Romeo Palamedes from Oakland, California,” says Garlits, “mixed a secret formula of magnesium and aluminum that invested the wheels with lightness and strength.” Given their admirable qualities a finer sight had yet to be seen.

Currently the Swamp Rat is in England in preparation for this year’s Goodwood Festival of Speed, June 25-28. “I’m really looking forward to it,” declares the ebullient Garlits.