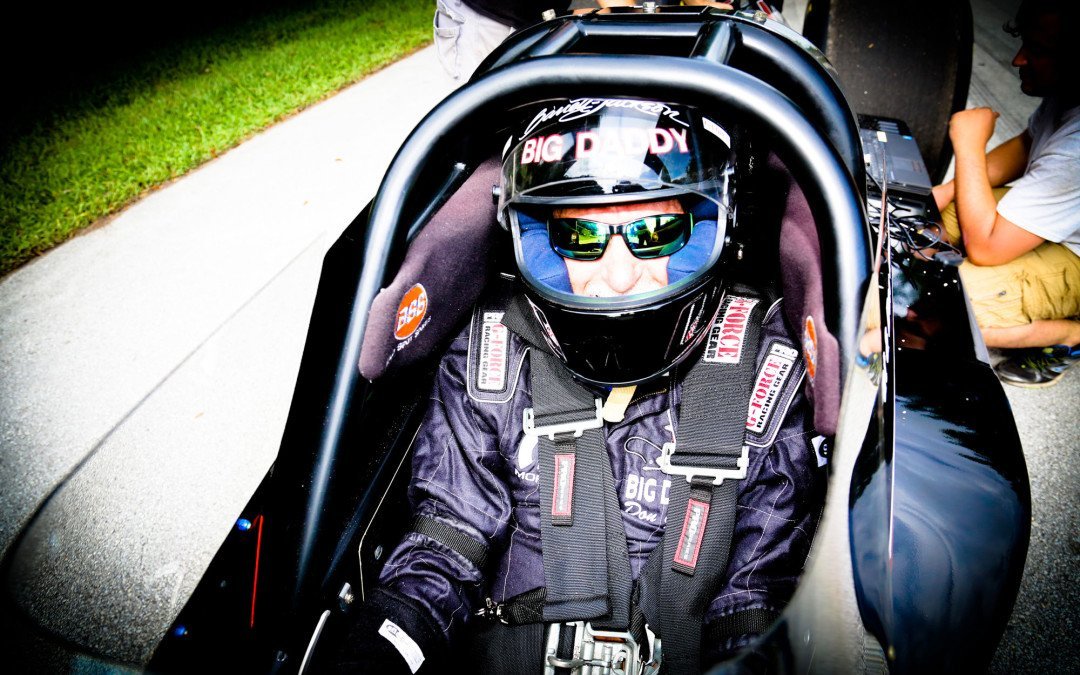 Don Garlits’ quest for a 200mph quarter-mile record with a battery-powered twin-electric-motor dragster on April 17, 2015 at Bradenton, Florida failed. 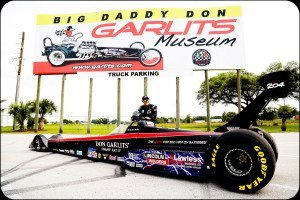 Though the Swamp Rat 37 recorded a speed of 176mph, it fell short of its earlier record run of 185.6mph when it was powered by six electric motors. Both Garlits and the Shawn Lawless team who prepare the car remain upbeat.

During their attempts, Garlits’ suffered brake failure, causing him to run off the end of the track. But his main difficulties were that of electric motors that wouldn’t rev beyond 4,000rpm and one motor that suffered from overheating. “Having motors that would rev to 5,000rpm or better still 6,000rpm would be perfect,” said Garlits, “but that’s hard to get in electric.” 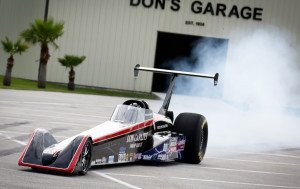 Currently they are having a special set of gears manufactured—taller ratio for the two bigger motors. The gear Garlits refers to is similar to the 11in Ford arrangement used on nitro-fuel cars.

Earlier the team had replaced the six electric motors with two of greater power and similarly upgraded the battery pack. Running six motors meant employing a big gearbox which according to Garlits, “sucked up a lot of horsepower.” Reducing the number of electric motors from six to two also lightened the car. “Everything seemed better for this attempt,” he said, “only the motors didn’t rev as I’d hoped.”

During the record attempt, Garlits ran off the end of the track as a result of brake failure. “Actually, I ran off the end of that track once before when a chute failed. This time was no big deal, the chute had slowed me to around 50mph and I had brakes for a moment. We quickly fixed the problem and continued to run.”

The 83-year-old drag racing legend said farewell to retirement a year ago and went on to break the existing national speed record for electric-powered dragsters. His run of 7.53 seconds at 178.42 miles per hour easily surpassed the existing best time and speed of 7.956 seconds/158.85 mph. On his final pass, his near-silent dragster streaked the quarter mile at 185.6 miles per hour.

In the meantime Garlits transported his Swamp Rat I to Charleston, SC and put it on a boat for England where he will join his famed dragster for this year’s Goodwood Festival of Speed. An annual event for historic motor racing vehicles held on the grounds of the Goodwood estate near Chichester in West Sussex, this year’s event takes place June 25-28.