Something odd happened at Santa Pod 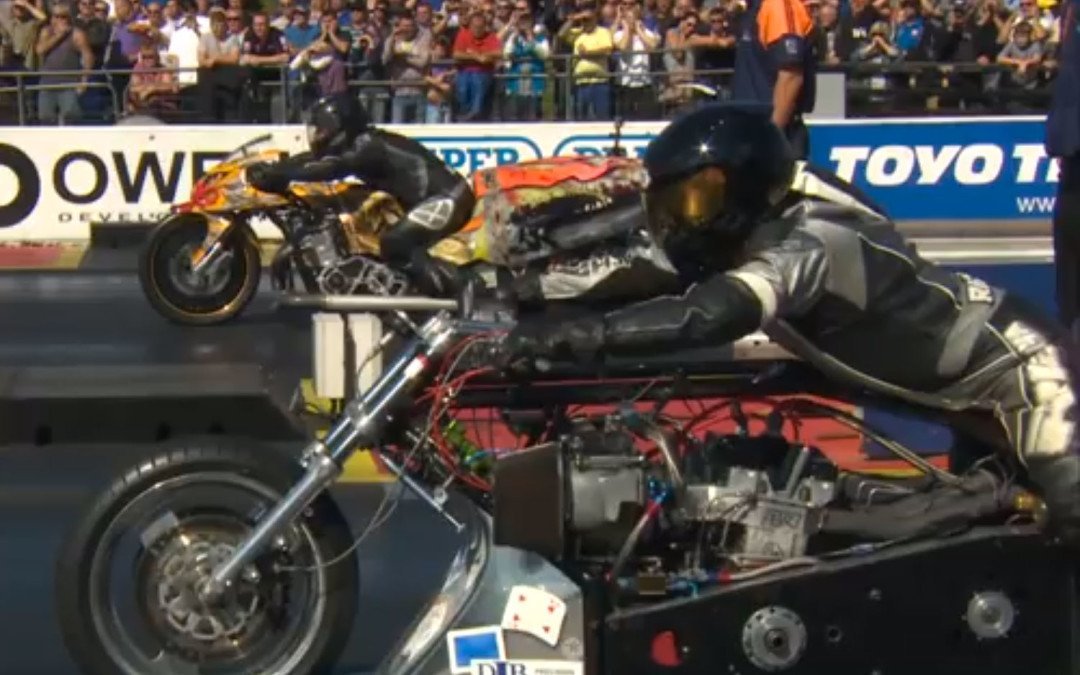 Earlier this year, on September 3-6, a number of records tumbled at the FIA European Drag Racing finals at Santa Pod Raceway.

But Europe’s first permanent drag racing venue, established in 1966 on a former Second World War airbase at Podington near Bedford in England, had more in store.

Unexpectedly, the event also included a most bizarre accident when Top Fuel biker Filippos Papafilippou crossed into the other lane, colliding with his rival, Steve Woollatt.

The Greek landed fully on Woollatt’s wheelie bars, while his own bike ran on without him. Uninvited, Woollatt had acquired a passenger and dragged him along beyond the finish line. Though it took some time for Papafilippou to free his left foot from Woollatt’s wheelie bar frame, the Greek miraculously suffered only skin abrasion to his foot where the track surface had burnt through his leather boot.

Almost 300 teams from all over Europe gathered to compete in 16 race classes including Top Fuel Dragsters, Pro Mods, Pro Stocks and Supertwin Drag Bikes. On the Friday, Norwegian Thomas Nataas, who secured the FIA Top Fuel title at the event, recorded 315mph over the 1000-foot race distance, a 4mph gain on his previous mark set in Sweden a couple of weeks earlier. He then lowered his time and raised his speed in Saturday’s qualifying with 3.949sec at 316.4mph.