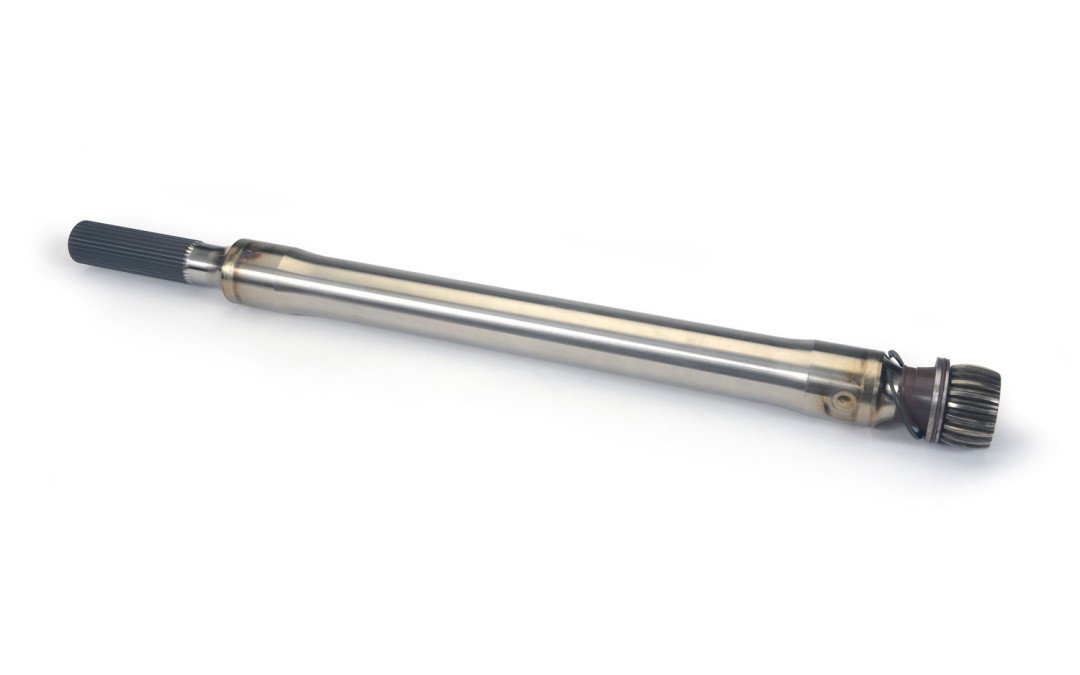 East Berlin, PA: There is a universal belief among the sprint car community that most driveline failures are the result of an inadequate universal joint. Nothing could be further from the truth according to Aaron Long of AL Drive Line.

“The U-joints available today,” insists Long, “are undoubtedly strong enough for the demands of a WoO sprint car and we have failure-analysis data to prove so. The problem lies within the design of the traditional driveshaft, which whips and bends and ultimately causes the U-joint to fail from fatigue. ” The problem is fatigue; the remedy is a titanium design unlike any other.

Nothing in the delivery of a sprint car’s power is diluted. Consider transmitting torque in excess of a 700ft-lbs with neither a clutch pack nor transmission to absorb the chaos between the crankshaft and the rear end. With a single U-joint attached to a conventional drive shaft, the whipping effect is so fatigue-inducing that a lightweight aluminum U-joint will be eventually flailed into submission if not replaced every 8 to 12 races. Heavier, more durable types are available but, still, the universal joint is widely regarded as the sprint car’s most vulnerable component. But Aaron Long discovered by combining three certified titanium alloys in the driveshaft’s construction with larger diameter and precision-machining, the shaft could better absorb the adversities of harmonics, vibration frequencies and torque spikes. Moreover, the shafts could also be made lighter and by reducing binding in the drive-train, the rear suspension works better.

Constructed entirely from titanium the billet splined ends and the seamless tubing are machined and fabricated to tolerances of 0.0002in. Maximum run-out in the middle of the shaft is held to plus-or-minus 0.0025in.

As a result of maintaining near perfect straightness, reducing rotating mass, absorbing harmonics and increasing torsional stiffness these revolutionary new shaft designs have operated for over a year without a single u-joint failure.

If ever you were to be converted to the virtues of a competition titanium driveshaft this would be the shaft to do it.