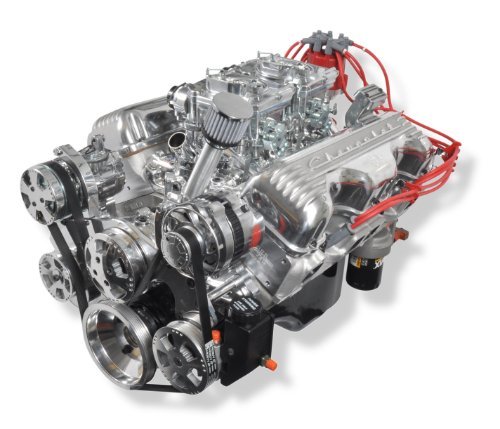 If you’ve been unable to lay to rest the memory of Chevrolet’s engaging 409 engine, here is news of some importance.

For over forty years Lamar Walden’s unwavering experience has taught him what not to do when stroking the 409, what should be done to keep its cylinder liners immovable in a modern alloy block, and what can be done to enhance its performance.

Now available in 409 or 509 displacements here is the latest information about this intriguing yet little-known engine. Available chiefly in two displacements, 409 or 509, these uncommon engines have particular appeal for Street Rod owners. But their popularity could easily spread to broader circles, including anyone who comes under the spell of owning a rare American hotrod milestone from the early 1960s.

Encouragingly the LWA 409 retains the engine’s three most distinctive features: its unique W-shaped valve covers, its wide embracing water pump and its block deck machined at 64 degrees to the center line, unlike the 90 degree convention of most engines.

Of particular interest is news that the LWA block accommodates a 4.5in bore, increased from the original 4.3125in. By increasing the bore diameter the valves operate further away from the cylinder walls, allowing the engine to breathe better and to rev faster than its venerable predecessor. Air flow around the original valves, both intake and exhaust, was particularly poor because they operate at compound angles and open extremely close to the standard cylinder walls. With the revised larger bores the valves are now unshrouded and can function much more efficiently. In fact, when replicated on a flow bench the 4.5in bore improves air flow by 30 percent.

Other factors that contribute to the engine’s performance are increased diameter main bearing journals and bigger camshaft journals. In addition the 509 uses cylinder heads that flow 350cfm, operating with inlet and exhaust valves of 2.250in and 1.750in respectively.

Interestingly, if you ask Lamar Walden the areas where most care should be taken in the assembly of an aftermarket 409 he’ll confide the installation of the cylinder liners and the stroke lengths. Unlike other alloy engines, to guarantee the liners’ security in a 409 block, special installation procedures need to be observed.

“Secondly, stroke lengths longer than 4 inches result in short, inadequate piston skirts,” says Lamar. “As a result the pistons usually lose their stability and the rings their sealing capacity.”

Lamar Walden has been building 409s since the 1960s. This reincarnation is not only distinguished by its remarkably good looks but also by just how much fun it is to have several hundred horsepower under your right foot. And what could be more fun than having the first one in town?

Years ago when the inquiring minds of Lamar Walden and Grumpy Jenkins collaborated they used a simple formula for assessing cylinder heads on a flow bench at 28in of water: for engine speeds of up to 7,500rpm they determined 1cfm could liberate 2hp. If luck was with them and they found an additional 2cfm they knew another 4hp would follow. Accordingly this new LWA 409 flowing 350cfm will generate 700hp. 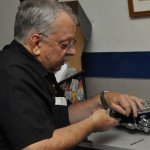