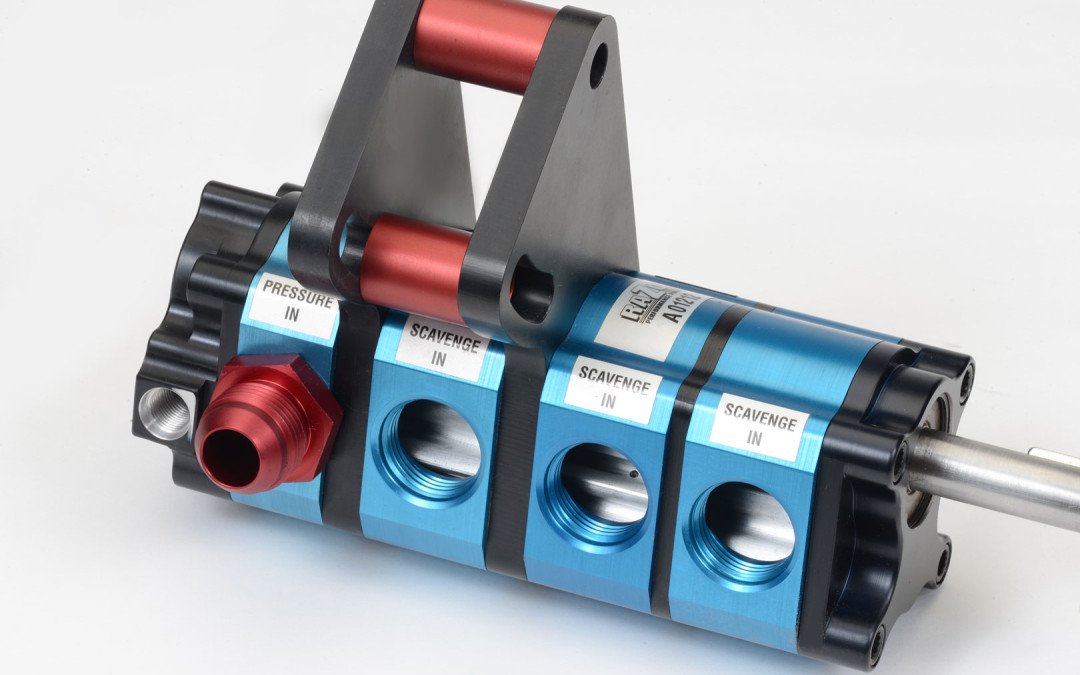 He begins by saying: First it might be helpful to explain that these pumps are located on the Bert mount of Dirt Late Model race cars. This means the pump attaches to the top of the transmission, residing behind the bell housing. Twenty-five years ago the racing transmission manufacturer, Bert, cast a bell-housing that adapted the oil pump for use at the middle of the race car.

Pump efficiencies are largely dependent upon close tolerances, including the proximity of the pump’s internal gearing to the pump body. This is imperative for maintaining adequate pressure when pumping hot, light viscous oil at low engine speeds. If the pump doesn’t meet this requirement the alternative would be to spin it faster, which wastes engine power. 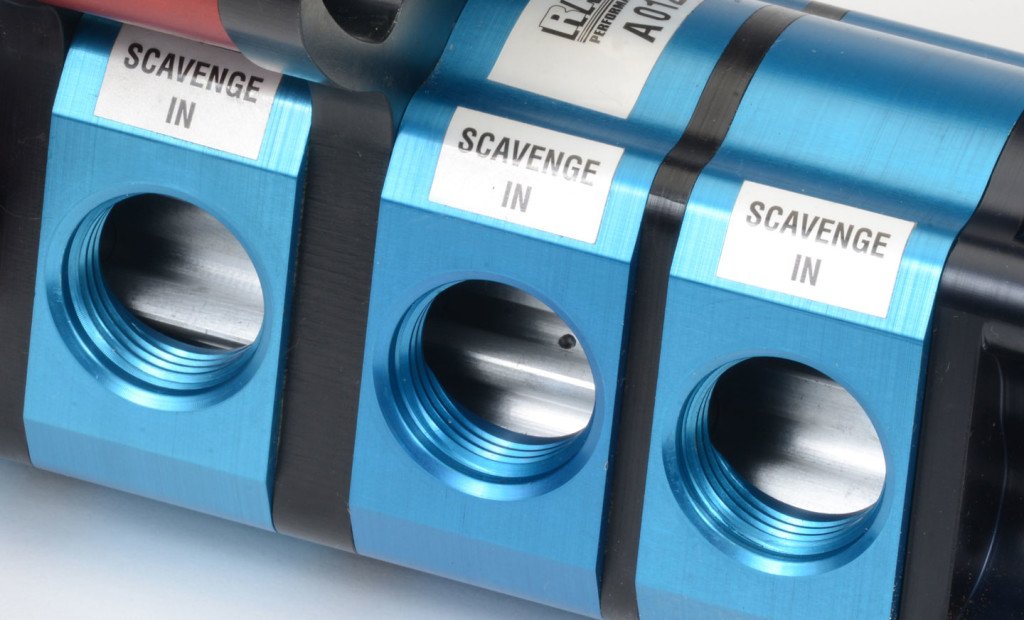 Voids between gear teeth or rotors determine oil flow, which is usually between 8-16 gallons per minute

Oil flow through most race engines is measured in gallons-per-minute and average circle track race engines flow from 8 to 16gpm. However, internal sprayers like those directed at pistons and valve springs, can cause it to reach 20gpm. In Dirt Late Model engines, however, engine builders are careful not to waste oil as tank capacity is usually four gallons only.

Consequently, it’s important to ensure we have sufficient oil in the tank to keep the pick-ups supplied. Twenty-quart capacity is typical for short track race engines although most race teams would be delighted to carry less. Their instinct is to be lighter which would allow them to place their ballast elsewhere and not necessarily in the oil tank, which is located forward of the rear axle center line on the right side of the race car. Also oil tank space in this area is at a premium, affected mostly by the suspension components that operate around it.

How does the 5-stage dry sump pump work?

One stage is used to pressurize the lubrication system, delivering the oil first to the filter and onward to the main bearings, rod bearings, camshaft, lifters, continuing upward to lubricate the valve gear.

The remaining four scavenge pumps draw the oil from four separate compartments in the oil pan through the pumps, pushing it along to the upper regions of the oil tank, the reservoir, where it swirls around and de-aerates as it descends to the bottom outlet port where it is drawn into the pressure pump and the cycle begins again as it’s dispersed to the filter.

Clements Automotive was formed in the 1950s by Crawford Clements in Spartanburg, SC, and handed down to his three sons Gary, Tony and Glenn.