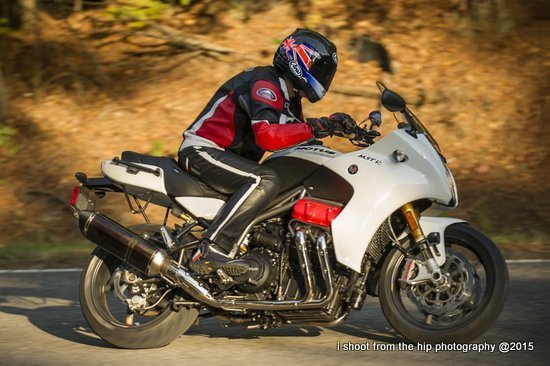 Birmingham, Alabama: Motus motorcycles are now street-legal in all 50 states.

On April 30, 2015, Motus Motorcycles was issued an Executive Order by the California Environmental Agency’s Air Resources Board (CARB) certifying all 2015 production Motus motorcycles as compliant with California emissions standards.

A few days earlier, three 53ft trailers arrived with 110 pallets of 1650cc Baby Block American V4 engines, with their striking resemblance to half of a GM LS V8 motor. Motus also announced recently that all motorcycle testing and development as well as V4 engine assembly will be performed on-site at their headquarters in Birmingham, Alabama. 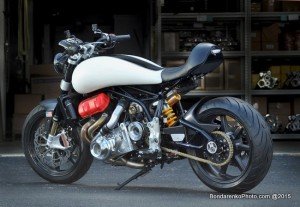 Though production begins at 30 machines per month, plus V4 Baby Block crate engine sales, future production will be aimed at 500 to 1,000 bikes per year.

Motus motorcycles as well as V4 crate engines are available through their nationwide network of dealers. Motus MST prices start at $30,975

Gallery image with caption: How to change the oil on a TorqStorm supercharger.