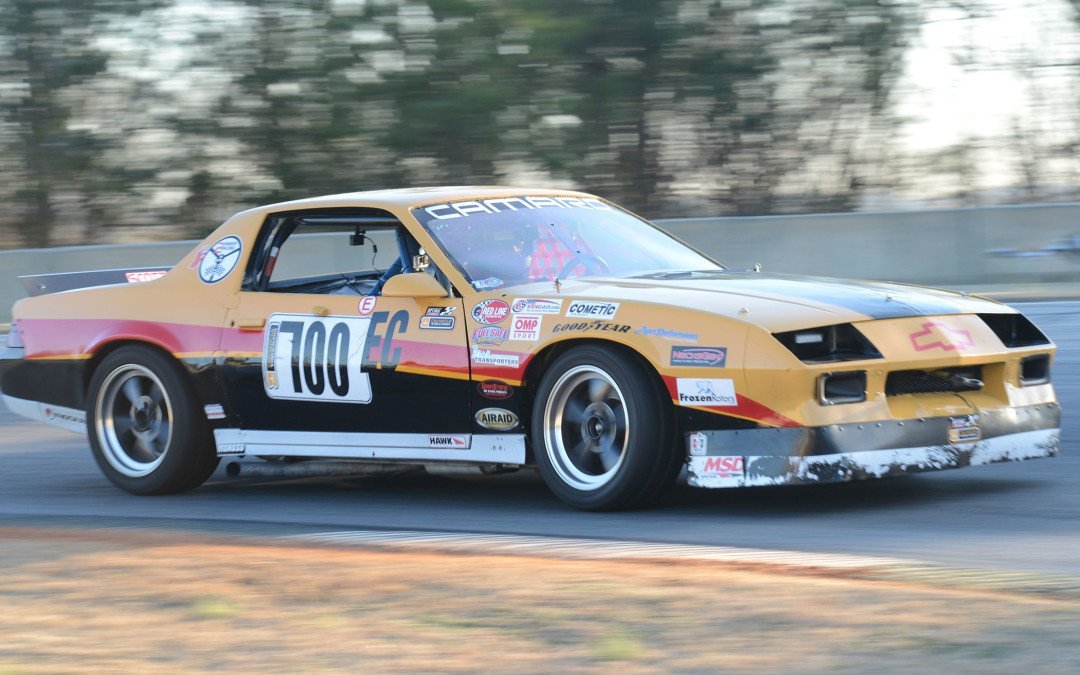 After fourteen hours of racing this victorious Saab from New York won ChumpCar’s first endurance race of 2015. Consistent fast drivers with good race strategy has been their defining factor.

Road Atlanta, GA: ChumpCar staged its first nationwide event of the 2015 race season with a well-supported 14-hour endurance race. “Life has an expiry date,” as they say, “let’s do something!”

Of the ninety-two entrants, some originating from as far away as Canada, the ChumpCar opener was won by a 1999 Saab driven by an upstate New York-based team called Tired Iron from Sauquoit. In fact, this same car triumphed at the 2014 ChumpCar Daytona event and yet another of their Saabs finished fourth at Road Atlanta. What’s their special quality you might ask? A reputation for building fast reliable Saabs and selecting fast evenly matched drivers—usually four.

The trouble with flags

Saturday, February 7, turned out to be a warm mid-winter day with blue skies, grateful enthusiasts escaping their snowy thermal prisons in the north and the promise of close, enjoyable racing. In fact, sometimes too close which precipitated a couple red-flag periods. The red flag carries a symbol of urgency, signifying all racers must come to an easy stop, pulling over to track edge and out of the way.

But endurance racing, where hundreds of drivers participate, has by nature a potential for error: some proceed to stop as fast as possible with dramatic clouds of tire smoke, while others fail to pull over, blocking the track for those cars racing up behind. Even more sinister, perhaps, was the sight of the black flag, brandished around 5:45 just before nightfall. This compelled all racers to return to the paddock for a “Call-to-Jesus meeting.” With racecars parked in two neat, long lines along the Road Atlanta pit lane, the drivers climbed out to learn of their transgressions from the Regional Director.

The risks of dissimilar speeds

Speed disparity appeared to be the main concern; the organizers worried that the inequality of lap times between the fastest and the slowest might bring risks that could be avoided. As darkness fell they reasoned it would be harder to see and to judge distances and the possibility of one daring act too many was probably uppermost in their minds.

Still, for spectators the exercise was puzzling for the accident count was low and one wondered if excited corner workers had reported more that was actually unfolding. Nonetheless, ChumpCar events are organized with admirable professionalism, offering wide-spread endurance racing that most can afford, hours of valuable seat-time to hone their road-racing skills, and memorable experiences that inspire others to join in the fun. ChumpCar assigns a base value of up to 500 points to every car. As most cars are valued under 500, tuning modifications can be added up to this value. Highly competitive cars, however, like the BMW E36 are initially assigned 540 points and hence are penalized by extra laps ChumpCar’s rules have changed. In 2015 four classes now exist, hence four winners instead of one. Mazda Miatas compete in Class A. Lexan windows are now permitted without adding value to the car, which improve appearance and aerodynamics. This Nissan 200 SX runs B class competing against RX7s Second overall and its best performance to date, this Trans Am competes in D class, the preserve of the V8-powered machines Though the first car to finish, this Nissan runs in EC, which denotes Exception Class and means the race car is not in compliance with the rules. Though eliminated from the results ChumpCar charitably awards an EC trophy. From the west coast to the east, ChumpCar is divided into four regions and combined they host approximately 70 endurance races each year. Upgraded shock absorbers were added to the 2-times list for 2015. This means upgraded units can be fitted, providing they are not adjustable and can be purchased for less than two times the stock replacement value. ChumpCar’s corporate structure has also changed. A re-organization transformed it from a corporation to a member-owned non-profit club. Similar to SCCA, ChumpCar racers now apply for club membership ($50). In the past E 30 BMWs were allowed to run with a 2.5 liter E 36 motor swap, but became too dominant and were subsequently penalized. Now most of them have reverted to stock motors.