Hill back on track: champion on bikes, boats and cars 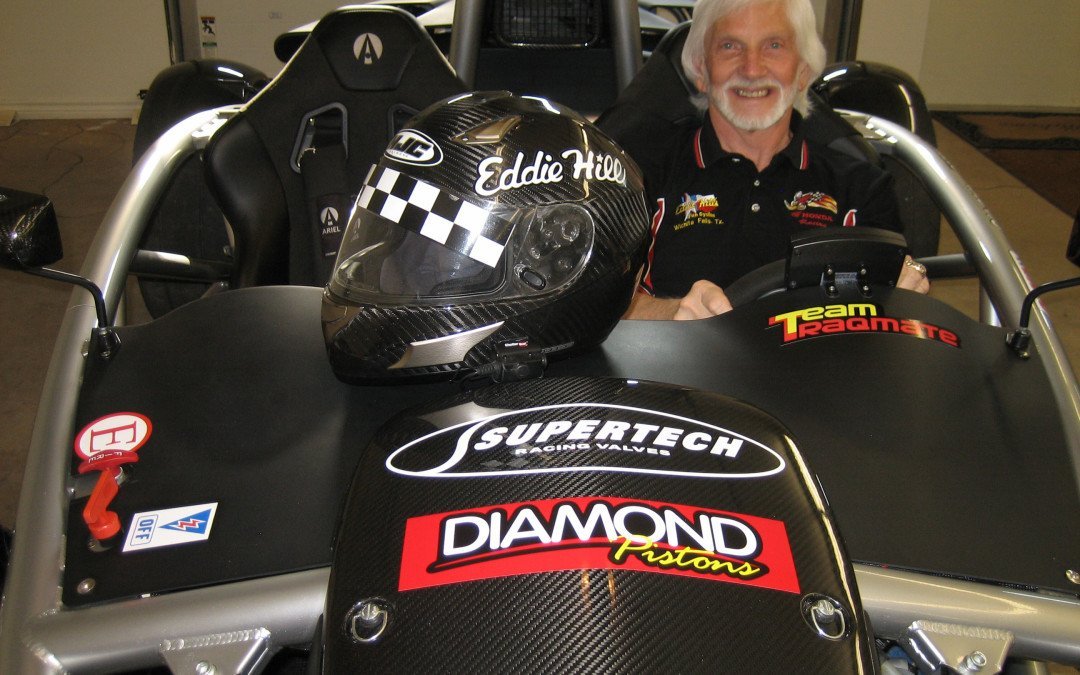 Wichita Falls, Texas: Eddie Hill is a driver and team owner with a 40-year involvement in motor sport. He won numerous drag racing championships on land and water. On land he was the first to run the quarter-mile in the four-second range (4.990 seconds), which earned him the nickname “Four Father of Drag Racing.”  He also won the NHRA Top Fuel national championship in 1993.

On water he won championships with all major marine drag racing sanctioning bodies and set a lowest, wet elapsed-time record of 5.16-second, which, at that time, was lower than the land drag racing record of 5.39 seconds.

Earlier, in 1966, he established a motorcycle dealership in Wichita Falls and switched to motorcycle racing, winning the Texas state road racing championship in 1972, at the ripe age of 36!  By 2008 his operation had become the oldest Honda and Kawasaki dealership in Texas.

In 1987 Hill became the first person to hold both land and water speed records simultaneously. When he retired in 1999, he had captured 12 national season point championships on land or water, more than 100 trophies in motorcycle racing and 86 drag racing events between his land and water careers.

Today at 78 years of age he is still active…in an Ariel Atom. “I was afraid I’d be terminally bored when my Top Fuel days were over,” says Hill, “but the Ariel Atoms saved me.”

Last year in the February issue of Kit Car Builder magazine they described an event at Hallett Motor Racing Circuit near Tulsa, Oklahoma, thus: “Eddie Hill can win in anything, (and has) but this sizzling Ariel Atom made it look easy. Hill’s car was the fastest thing on the track.”

This year Eddie has prepared a new engine for the Ariel Atom. The details are as follows:

“Here are a couple of screen shots of my Ariel Atom II going from zero to 110 MPH. The first printout shows the session timer at 1:14.195 and the speed at 1 mph (the first movement from stopped), and the second printout is at 101 MPH with the session timer at 1:20.715. So 1 mph to 101 mph in 6.52 seconds. I am pretty happy with this, considering the tires were cold and the track was so dusty that I could not use full throttle until more than two seconds into the run, when the tires finally hooked up, at about 40 mph, as shown on the data log.” –Eddie Hill

“I am trying to learn how to use my HPtuners equipment to do my own tuning. I bought Greg Banish’s CD and his Engine Management Advanced Tuning book and have spent a lot of time, so far, trying to learn. It is proving to be a real challenge, but at least my wide-open-throttle performance is pretty good.

“I built the Ecotec LSJ engine myself, except for the Darton sleeve installation and the CNC porting of the cylinder head. I increased the bore from 88 to 92 mm to increase the displacement from 2.0 to 2.2 liters. I used Carrillo forged steel rods and Diamond forged pistons with Total Seal rings. Supertech valve springs, oversize stainless intake valves and Inconel exhaust valves, and titanium retainers. I used Comp Cams, and have a stainless and stepped header/collector, with a shorty FlowMaster muffler. I use a tuneable water/methanol injector, and have two aluminum intercooler radiators with two large Bosch pumps, and four full-time electric fans on those. I use the Harrop TVS supercharger on the LSJ intake manifold that I hand ported and matched to the larger head ports.” 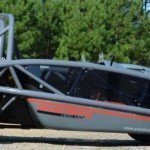