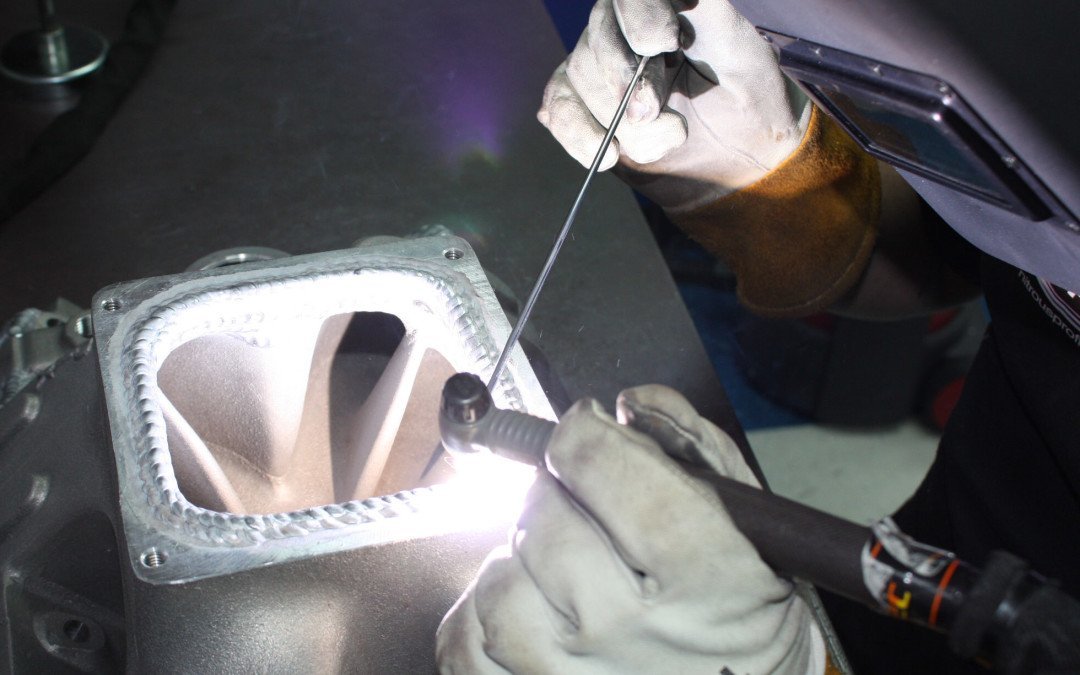 This twin throttle body with quadruple fuel rails is an example of a Wilson custom intake assembly. This induction range extends to serve Pro Mod engines well as currently used by Brad Personnet and his turbo-equipped Pro Mod Camaro.

It’s not inconceivable that the induction system of a four-cycle engine just might be its most complicated component.

Keith Wilson made a career of manipulating air flow in racing engines. At 17-years old he was employed at a Florida company called Air Speed Engineering. There he spent ten years porting cylinder heads and intake manifolds. Then in 1985 he branched out on his own and formed Wilson Manifolds. Quickly he seized the opportunity to not only rework cast aluminum intake manifolds but also to explore his theories on cylinder filling in conjunction with induction designs constructed of aluminum sheet metal. As you might expect, these are the fundamentals around which Wilson Manifolds has evolved. Recently we sat down with Keith Wilson to hear his thoughts.

He began by explaining the most basic: the carburetor spacer. Wilson maintains, “Good spacers are the least expensive form of tuning hardware known to the racer.”

For the best engine performance, the charge distribution in the manifold needs to be even so that each cylinder not only receives the same mixture strength but also uniform volumetric efficiency. If the distribution is uniform but the emulsification of the fuel (the mixing with air) is uneven, performance will suffer. The purpose of any carburetor spacer is to correct the fuel mixing and charge distribution issues that are inherent in every intake manifold design. It accomplishes this by manipulating the charge to improve the vaporization of the fuel and steer it more uniformly to every cylinder. In simpler terms, it allows the intake manifold and carburetor to work more efficiently.

Currently there are four distinct styles of spacers on the market each with its own special influence on the intake manifold. An open spacer increases plenum volume, working best in high rpm applications. A four-hole spacer favors low-end torque, designed for lower engine speeds, and has the possibility to aid fuel reversion with increased cam overlap. An adapter spacer is used to mate a carburetor to an intake manifold with a different bolt pattern. Traditionally, these spacers impede performance but allow the use of many different carburetors.

The fourth spacer, a tapered four-hole spacer, promises large power gains with almost every intake manifold. Where the open spacer increases plenum volume the tapered 4-hole spacer increases CFM (airflow). When additional plenum volume is not required, the tapered spacer is the more effective of the two—enhancing air flow to the carburetor or throttle body. The design of the taper is very intricate and is partially a function of the height of the spacer. It is able to increase air flow through the carburetor because a venturi effect is created at the top of the spacer just below the throttle plates. This causes the carburetor to flow more air through the booster. Then as the air travels through the spacer, the bore is widened to slow the charge down as it prepares to turn toward the manifold runner.

Shear plates are another form of spacer that are attached to the top panel of a sheet metal intake, situated underneath the carburetor. Because the sleeve extensions protrude down through the top panel they serve to obstruct the reversion pulses and therefore, restrain the induction charge from escaping up through the four holes and past the carburetor.

Wilson’s sheet metal manifolds offer the latest in manifold technology allowing each one to be custom designed exactly for the engine application. In some applications, Wilson pioneered the use of a spring-loaded burst panel on some of his sheet metal intakes. Typically there is one on each flank between the runners with each assembly comprising two plates, an inner and an outer, with an O-ring sandwiched between the plates. If the engine back fires the spring-loaded outer plates open to relieve the pressure and immediately reseal. Especially effect on nitrous oxide applications, it’s just another facet of design that Keith Wilson is famous for.

With the advent of EFI (Electronic Fuel Injection), Wilson has spent a considerable amount of time researching fuel flow through the fuel injectors and into the intake tracts. Each week approximately ten engine builders request Wilson Manifolds to install injector bosses on their intakes.

“It’s a tedious job,” says Keith Wilson, “for the injectors need to be aimed at the intake tract at a precise angle—not just welded in anywhere. If the angle is incorrect and the fuel mist hits a wall, you’ll lose your vapors as they degrade into big droplets and enter the chamber in less than perfect form. This rule is inviolable. No matter if the engine has forced induction or naturally aspirated with a carburetor or fuel injection, if the mixture enters the chamber in big droplets you will lose power.”

Curiously, Wilson uses robust stanchions to mount their fuel rails—3/8in or 7/16in thick—but why so hefty?

“The fuel rails must be solidly attached to the intake manifold,” comments Wilson. “If the pressurized fuel rails fail or become detached from the manifold the leaking fuel pressure on hot headers in a hot engine bay will instantly erupt in explosive fire. A fuel injection conversion kit without correctly installed injector bosses or securely welded fuel rail stanchions is woefully inadequate.”

Regardless of the induction system, only one that is properly designed for the application intended will be the one which will allow the racer the most horsepower gains. Keith Wilson knows that fact and lives it each day. 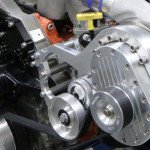