Gallery image with caption: Clarifying piston balancing with a few words from Kaase 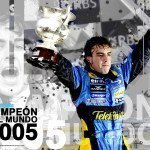