Why it’s important to keep the pin spinning: In each firing cycle the piston pin carries the weight of the entire car Race engine progress follows a basic pattern: As power increases, problems emerge and as the ingenuity of the race engineer solves them other problems appear. Race engines operate in a state of perpetual crisis. In the 1970s Top Fuel cars generated 2,500 to 3,000hp today they make 8,000 to 10,000hp. To get from 2,500 to 10,000hp a lot of problems needed solutions.

“Most people don’t realize that during the firing cycle of one cylinder the piston pin carries the weight—the mass and momentum—of the whole car and drives it forward,” says Michael Giannone, founder of MGP connecting rods.

But beyond its strength and toughness, derived from its unique mix of materials, the TP-1 possesses a further intriguing element—its ability to spin reliably. The late Bill Jenkins once told Giannone, the irrepressible 25-year veteran of the competition con rod business, that the pin spins at around 2,000rpm during valve overlap. “We don’t know how Bill knew this,” says Giannone, “but we do know that when the pin stalls you destroy the connecting rod and piston. Typically, Bill allocated around 0.020in end-play and precise concentricity to ensure his pins wouldn’t stall. “If the concentricity between the pin’s inner diameter and outer diameter is not held to close tolerances, the pin becomes slightly eccentric and consequently doesn’t spin properly.” Giannone believes concentricity must be held to one or two tenths of one thousand’s inch. If the pin bends or stalls, galling is likely to occur on the upper portion of the piston’s pin bore and the lower portion of the connecting rod small end as it tends to grind itself against these surfaces.

“We’ve observed high quality DLC coatings from three pin suppliers and noticed unavoidable coating loss when the pin stalls. To check for evidence of pin stalling, examine the end of the pin for black marks. If present, these indicate that the pin has jammed against the lock—either the spiral type or the round wire style.

“For the pin to excel in its environment the round wire lock, which was devised to circumvent the stress raiser caused by the square-cut spiral lock groove, must provide exact end-play. If exorbitant, the pin will strike the locks at high velocity. If insufficient the pin will stall, says Giannone. In stark contract Mike Allen, Sr. of Allen Competition from Surgoinsville, TN says, “We employ minimal clearance between pin and locks.” A similar belief exists at John Kaase Racing Engines, who runs spiral locks in his big engines. “A lot of times our end clearance is near zero, just as long as we can turn them. But things might be a little different between big engines that rev to 8,000rpm and others that run up 11,000rpm,” says Kaase. “Don’t forget,” he concludes, “that as the engine warms it expands. If the aluminum piston expands by 0.008in or 0.010in, the steel pin might only expand by 0.005in therefore pin-to-lock end play increases naturally as the engine reaches normal operating temperature.” These conclusions fit with Doug Patton’s doctrine. Patton of Proline Racing Engines based in Ball Ground, Georgia says, “We use buttons instead of locks on most of our turbo engines with end play of around 0.010in to 0.015in rather than fight with spiral locks. But when we do use spiral locks we run them with barely any clearance.”

Regarding round wire locks, Patton admits, “I don’t believe it’s possible to run them with minimum clearance because there is not sufficient room to install the second lock.” Interestingly, his attentions are focused more on the security of the wire locks and takes great pains to ensure they are fully engaged in their retaining grooves. “To guard against their coming out, we use a little plug gauge which signifies when they are fully expanded in the groove.” Incidentally, Diamond Pistons affords 0.017in to 0.020in end play between the piston pin and the round wire locks.

Taking a spin on the wild side

But what if the pin spun into the sharp end of a round wire lock so violently the wire end gouged a 0.005in groove in the end of the pin? Clearly the pin had stalled but what could have caused it? We know the pin end must possess the correct shape. If, for example, the radius is too big or the taper on the wrong angle the pin can bind itself against the lock. You could also speculate the damage was caused by inadequate lubrication or excessive vacuum. Higher vacuum draw makes more hp on the dynamometer but at the expense of proper lubrication. For this reason Bill Jenkins tended not to apply vacuum beyond 12in of pressure.

Paul Hoskins believes the galling was most likely caused by pin weakness. “If the pin has insufficient wall thickness,” says the acclaimed NHRA Pro Stock engine builder, “it will deflect and gall the rod. We use 0.990in OD pins with 0.240in to 0.270in wall thickness with wire locks and have no troubles of this kind. Hoskin’s theory seems likely. The damaged pin (pictured below) was removed from an older-style Pro Stock engine and running round wire locks. The pin dimensions were as follows: 2.5in long x 0.927in diameter x 0.200in wall thickness. To check for evidence of pin stalling, examine the end of the pin for black marks. If present, these indicate that the pin has jammed against the lock—either the spiral type or the wire lock style.

Keeping the piston straight in the bore

Finally on the topic of keeping the piston straight in the cylinder, “The greatest advantage of the premium piston pin,” says Michael Giannone, “is its ability in keeping the assembly upright in the bore. Given today’s thin 0.027in piston rings it doesn’t take much angle to lose ring seal. You simply cannot afford to let the piston tilt to the front or rear of the block. Obviously this provokes blow-by but in a high-revving Cup engine, for example, you can transfer combustion gases to the crankcase and crankcase gases to the combustion chamber, which tortures the rings and degrades the ring sealing capabilities of the cylinder walls. Pondering all the variables we are faced with, you are forced to conclude the integrity of the piston pin is one of the keys to acquiring a reliable race engine.

“Consider the proposition of off-shore piston pins. Costing $5 to $15ea and operating in 500hp engines there may be little wrong with them. But used in  1,500+hp engines everything is wrong with them. If they get by in lower power applications they emphatically do not at higher power levels. We had a customer who combined premium MGP rods and Diamond pistons with cheap pins in his 3,500hp alcohol dragster engine. He blew-up the engine twice with the inferior piston pins. Since then he rebuilt using Trend piston pins and has avoided further catastrophes, which made the point startlingly well for a switch to a premium pin.” 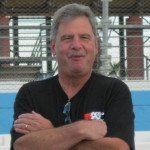