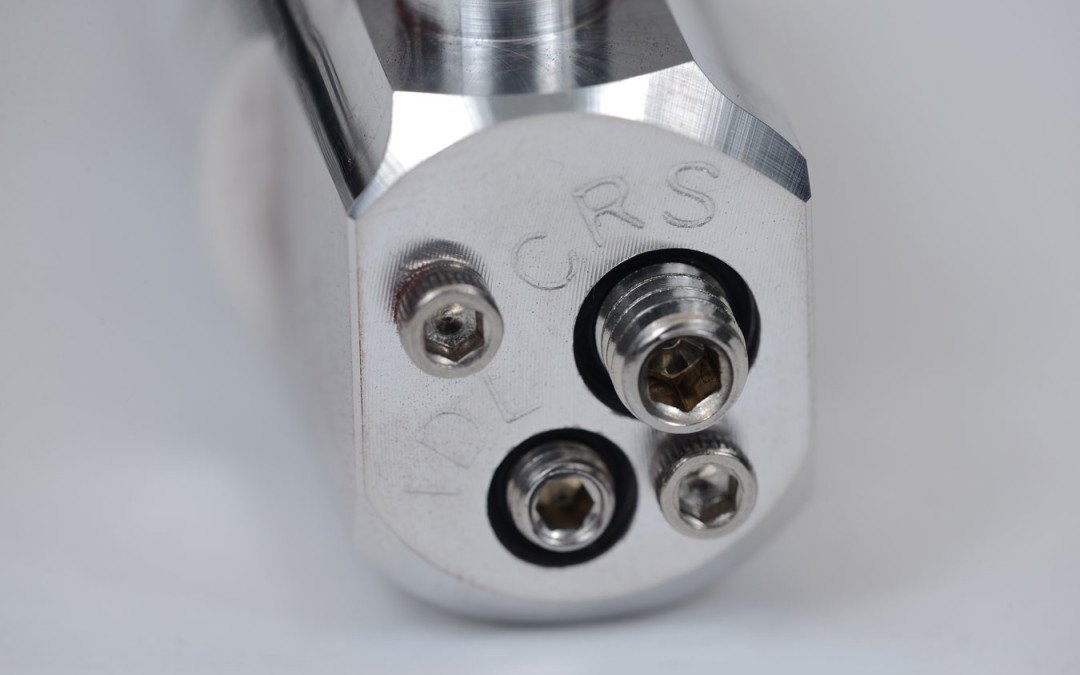 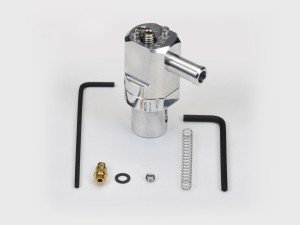 What would you think of a simple, effective tuning device that also cleans the crankcase of a running engine?

Bear Creek, PA: M/E Wagner has invented a dual-flow adjustable PCV valve. As implied the valve features two independent, adjustable circuits—an idle and a cruise. It was pioneered to aid the evacuation of undesirable crankcase gases in a wide range of high-performance street engines and to simplify tuning.

Though of little benefit to full racing engines, its effect on the larger high-performance street-engine market is unparalleled. In fact, it is the only adjustable valve for crankcase gas evacuation, functioning in engines with both stock and modified internal components. As a result it also reduces oil leaks and aids in idle air-fuel mixture tuning. Importantly, under cruising conditions its flow rate increases to accommodate additional blow-by precipitated by higher load conditions.

When performance parts are added—cylinder heads, camshaft, carburetor, intake manifold—the vacuum profile of the engine is altered. The original PCV valve that once evacuated blow-by gases and acidic vapors from the crankcase can be only partially effective or may not work at all in modified engines. In contrast, Wagner’s adjustable PCV valve delivers the proper flow rate to evacuate the gases—and in the process allows fresh air into the crankcase.

Astute engine builders often regard a slow idle as the hallmark of a good tune. But the original PCV valve in modified engines at idle or part throttle or light load often presents mysterious and time-consuming troubles. When a carburetor becomes non-responsive to adjustment often it’s not the fault of the carburetor at all. Excessively high idle speeds or air-fuel mixtures that seem richer than desirable are often signs of an inadequate PCV valve. Often obscured by ignorance, it boggles the mind to think of the countless carburetors returned to their manufacturers as faulty when in fact many were flawless.

Though not essential, a vacuum gauge makes tuning the transition of the valve between the idle and cruise circuits simple (see video). The valve is supplied with a vacuum tuning kit and all the necessary components, including a low-vacuum spring for engines with low idle vacuum.

A running engine builds internal pressure during the last part of the combustion stroke. Hence some unburned fuel and the byproducts of combustion leak past the sealing rings on the piston and into the crankcase. This leakage is referred to as blow-by and the resulting vapors must be removed from the engine before they condense in the crankcase and combine with the oil, causing it to become diluted with unburned fuel.

Original equipment PCV valves have been mandated on road cars since the early nineteen-sixties. They discharge the harmful gases and vapors from the crankcase via a hose to the intake manifold to be burned in the combustion process. Prior to the invention of the PCV valve, which is activated by vacuum in the engine’s induction system, car manufacturers relieved crankcase pressure with a road-draft tube. This device was usually situated toward the rear of the engine and routed down toward the road. The crankcase pressure would be released through the tube but it didn’t always create a vacuum like a PCV system. If the car was stationary it wouldn’t work.

It was Cadillac who developed the PCV valve when they worked on tanks during WWII. When the tank forged through streams, water would enter the engine via the road-draft tube and destroy it. So they embarked on designing an entirely closed ventilation system.

In its early development a professor at California Polytechnic State University speculated that much of the smog afflicting California was caused by unburned hydrocarbons from automobiles and proved that the PCV valve was the most significant single eliminator of unburned hydrocarbons. It cleansed the atmosphere. When proven, Cadillac generously offered their technology to the motor industry royalty free. Until the early nineteen-sixties, endless black strips down the middle of US freeways were the legacy of crankcase emissions routed through the road-draft tube. 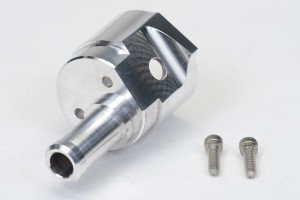 An inline adaptor is available, which allows for remote mounting configurations

The M/E Wagner DF-17 adjustable PCV valve usually installs in a rubber grommet in the valve cover and costs $129.00. Alternatively, an inline adaptor is available, which allows for remote mounting configurations. The inline adaptor, part number DF-17-INL, is available for an additional $19.95.