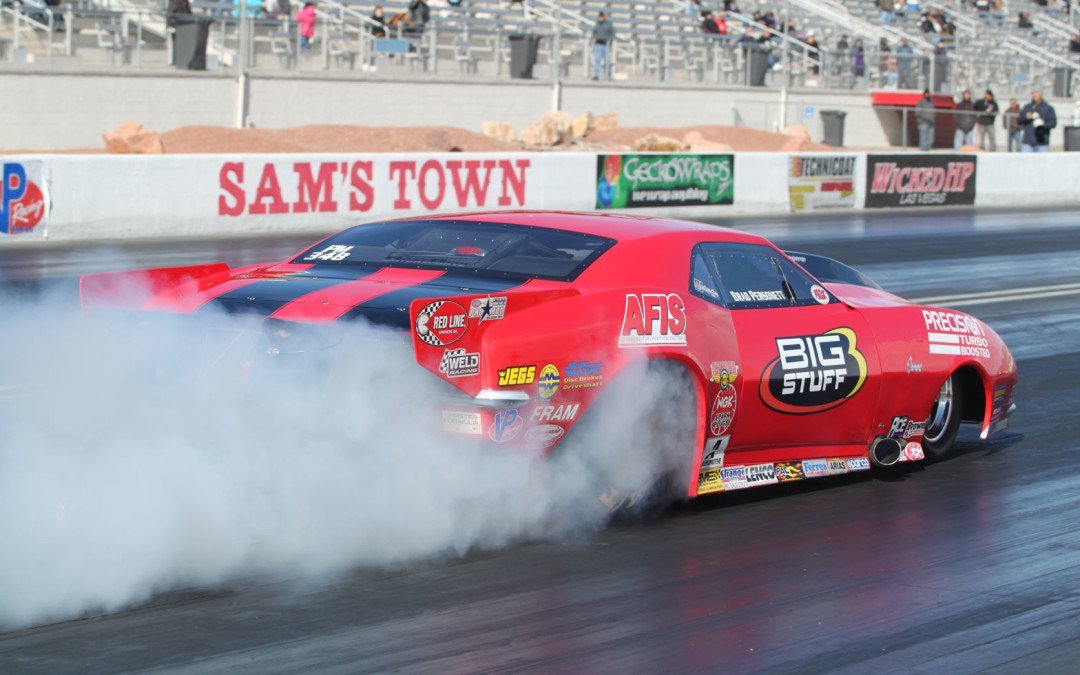 Persuaded by its novelty and its potential, he, aided by his professor, made an EFI system, adapting it for use on his 1969 Camaro. On the last day of school he gave some of the engineering profs rides in the parking lot. “They were all smiles,” exclaimed John, “They thought it the best.”

After college John took employment at UTC (United Technologies Corporation) in Michigan. UTC owned aerospace manufacturer Pratt & Whitney and worked closely with GM, who was embarking on an ambitious program to create a replacement Bosch injector. “But when I realized the program wouldn’t get off the ground, I went to work for Bosch at their Farmington Hills location in Michigan.” Brad Personett’s 1968 Camaro was the first turbocharged car to win in NHRA Legal Pro Mod, the first to take an Indy victory at a US Nationals, and first to exceed 250mph. The car runs Big Stuff 3 EFI, Precision Turbos, and Wilson billet manifold, 105mm V-band throttle body and D-fuel rails.

At Bosch, a Germany company based in Stuttgart, luck intervened on John Meaney’s side. Not only was he responsible for developing the full engine management program but also he discovered his supervisor was an ardent racer with a 1969 Camaro. Normally an engineer would be assigned to a single project, like developing a fuel injector or a fuel pressure regulator or an O2 sensor. But at Bosch, John was allowed to work on the complete system, including all the sensors, the electronic controls, the algorisms, and the calibrations.

During his time at Bosch he was involved in developing a new EFI system for the 1985 Corvette, the first multi-point fuel injected car. He also honed his skills on the 1987 Buick Grand National and later on a Ford light-duty truck. “It was a fascinating time as I got to work with the pioneers of electronic fuel injection.” He was living the life and loving the language of EFI. In fact, its precepts and its allure had become so absorbing for the twenty-eight year old that he worked continually on his own projects in his afterhours, a practice he’d actively pursued since his college days. A short time later John Lingenfelter called Bosch inquiring about injectors with greater flow potential for the late-model TPI Corvette (1985-’87 Tuned Port Injection with longer runners). John Meaney’s supervisor suggested he might like to handle this inquiry himself. “At the time I was developing a little electronic aftermarket programmable controller and John Lingenfelter was so impressed by its capability he invited Jeff Smith of Hot Rod magazine to take an interest. Jeff wanted to run a story on it immediately.”

Suddenly the irrefutable potential for high performance aftermarket EFI systems was before him. He formed DFI (Digital Fuel Injection) which he later sold to Echlin, who marketed the product under Accel DFI. Then in the early nineteen-nineties Felpro called John about a transmission controller for the 4L60E transmission. These inquiries culminated in the EFI system known today as FAST, which was succeeded in 2004 or ’05 when John and his brothers formed Big Stuff 3.

Why the odd name? Brains behind the “brain”.

“Well, Big was my nickname and you’d often hear people at the track inquire, ‘Is he running Big’s stuff’ so we decided to use the name.”

In the Meaney “Barn” in Hartland, Michigan they design printed circuits, write all the codes and have the parts manufactured in Germany. “When we receive the new components we run a test program that verifies all the ins and outs. Then I load the software to check the pulses and with scopes I check all the outputs to ensure they’re working properly. Then I install it in an enclosure and add the wiring.”

Almost all of the Big Stuff 3 systems created are designed for custom applications and therefore use different options. But the base unit is the building block for all subsequent systems. Whether it is used for controlling a street-strip engine or a 5-second Pro Mod, the base unit remains the same. “So you never discard it, you simply adapt it for different requirements by populating it with appropriate options.” A) The grey communications cable connects the ECU to a laptop for programming. B) The injector harness is a separate harness that attaches to the connector in the main harness. C) The wide-band O2 sensor senses the amount of oxygen in the exhaust pipes. By programming the ECU the desired air/fuel ratio is achieved.

The next upgrade accommodates multiple injectors. Given the rampant power of turbocharged racing engines one set of injectors is unable to flow sufficient fuel. Today’s high-powered EFI V8 race engines use twin nozzles in each induction runner: 16 injectors.

More recent upgrades include wide-band oxygen sensing that reads down to 2.9:1 air-fuel ratio for methanol engines, traction control based on managing torque via spark retardation, and lastly the integration of a high-end boost controller. On boosted cars at Bonneville, for example, it’s often not possible to gain initial traction via their narrow tires. But the integrated boost controller ramps in boosted power gradually and controls power increases by mph or engine rpm or time.

EFI for the future “In addition, conventional EFI systems operate at battery voltage, but with direct injection the voltage is increased to 60 or 80 volts. Therefore it takes 80 volts times 20amps (1600 watts) to open the injectors. Then they can be held open at 4amps. The driver to pop them open and to close them is what we are working on right now.”

Twenty-nine years after John Meaney walked the halls of Valpariso University, Indiana, his twenty-one year old son, in his final year, studies electrical engineering in the same rooms and addresses the same faculty. And his senior project? Direct-injection.