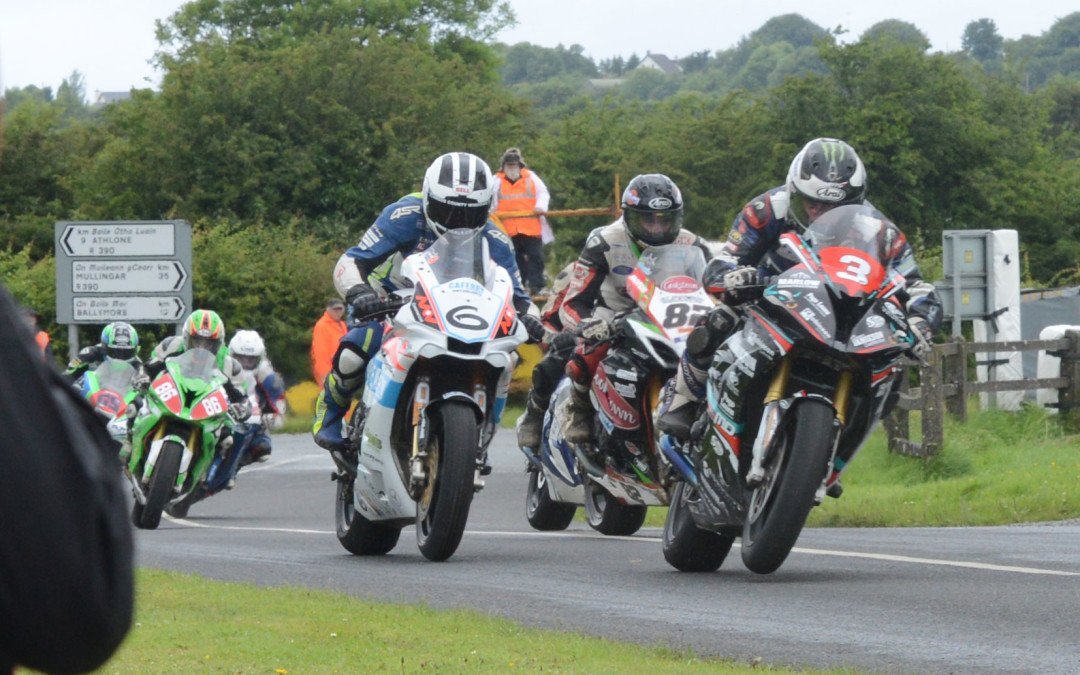 When Stirling Moss, the 1950’s Formula One sensation, was asked how he compared today’s F1 competition with motorcycle racing’s MotoGP, he said F1 is interesting, MotoGP is exciting.

He’s right, for how can any form of racing excite when there’s the likelihood that one of two cars will invariably win. And mostly it’s been this way in F1 for decades. Not so in bike racing however. MotoGP and its two subordinate classes, Moto 2 and Moto 3, leave you balanced on the edge of your seat from the moment the start lights extinguish. As 93,000 fans poured into the Sachsenring circuit earlier this month for the German Grand Prix, motorcycle racing, especially in Europe, rides high on the wave of public exuberance.

And then there’s Irish motorcycle road racing, an eccentric hundred-year-old tradition that functions by applying to local councils for permission to close public roads for several hours during which time road racing can be conducted. You might have thought such racing to be extinct such is its potential danger. Not a bit – and what’s more its entry ranks are overflowing. With Superbikes reaching speeds approaching 180mph and negotiating their paths between five-inch curbs, concrete walls and pillars and lighting poles, painted lines, manhole covers, recessed water drain grates, varying road surfaces…well, if you think MotoGP is exciting this is something quite other!

The Race of the South is long established, probably started in the 1970s. Now held deep in the County Westmeath countryside, the venue is known as Walderstown, a region of rural beauty not far from Athlone. Located about three-quarters of an hour’s journey west of Dublin airport, this would be Round 7 of this year’s Irish Road Racing Championship, which consists of 13 national events and scheduled for July 9-10. The public roads on which Sunday’s nine race program were conducted were closed from 10:30am to 3pm. From 8am bikes were pushed to scrutineering, which was conducted in a large white tent where the assistant Clerk of the Course, Ted Fagan, also resided answering queries with quiet reassurance . 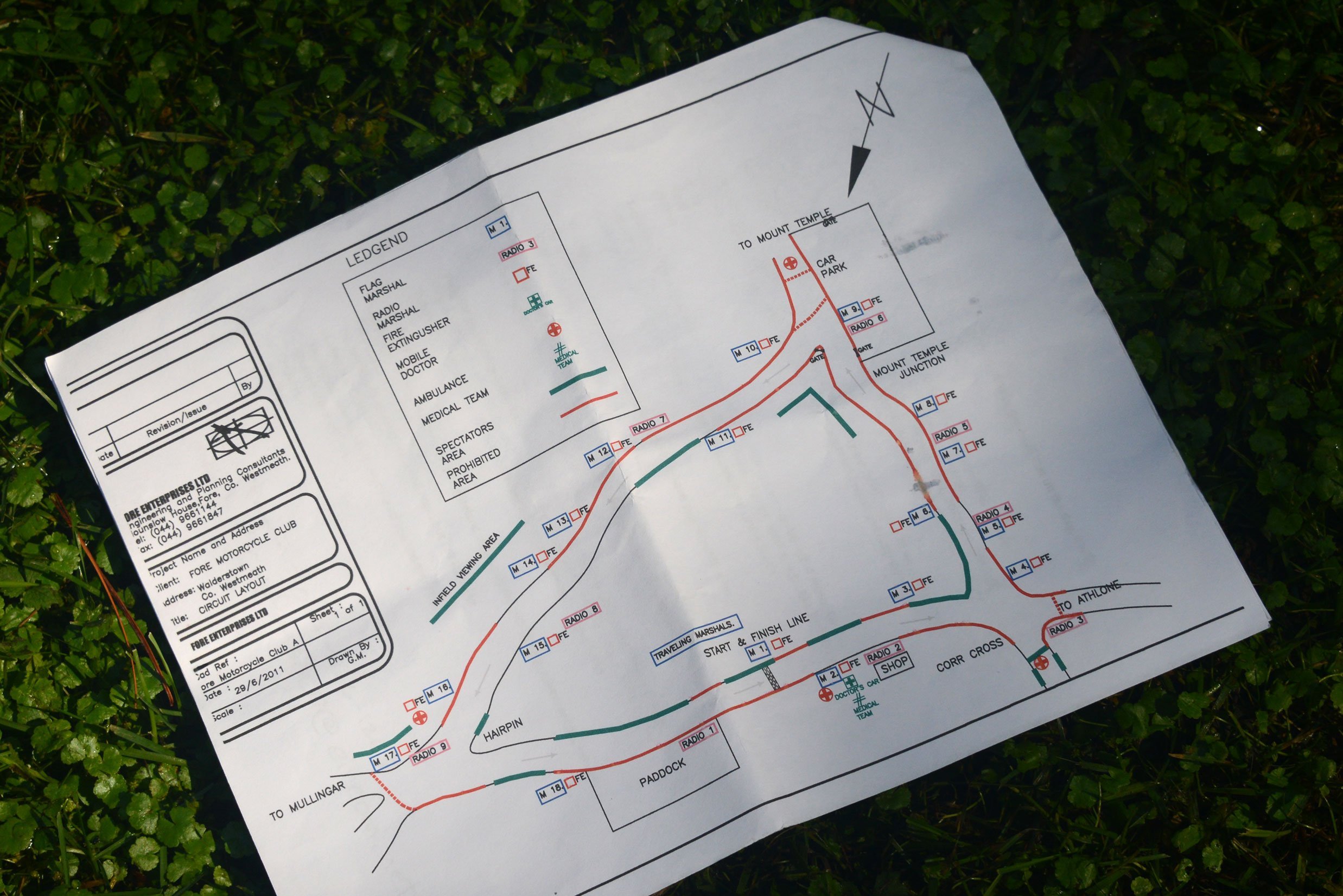 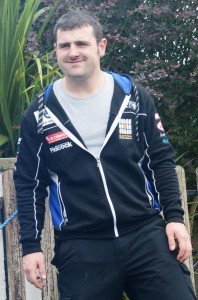 When pressed on his close shaves in road racing, Dunlop said “I don’t dwell on those for long.” Good advice for life, I thought—let’s get on with the adventure!

Though eight days later when the weather soared to 91-degrees Fahrenheit, on race day it was temperate, drizzly, and issued intermittent downpours of such ferocity I knew I was drenched for the remainder of the day. Not so, twenty minutes later dry again. Yet despite these uncertain conditions, the atmosphere was festive and it didn’t hurt either that Michael Dunlop had arrived to compete. Dunlop, the twenty-seven year old Northern Irish BMW rider, who has won 13 Isle of Man TT events so far— half as many as his late, great uncle Joey—appeared in jovial form, relaxed and talking to the fans.

At the end of the day’s 10-race program, the sounds of the crowd replaced those of the racing motorcycles. Savored by all who were there, they jubilantly spilled out just ahead of me onto the public thoroughfare, confirming their delight over the unexpected results and frantic pace of the last race. But for me it was the end of one of those summer days that seem to exist only in your boyhood. Here is photographic evidence of this memorable event that might remind you of why you had fallen in love with the sport in the first place. Hoping you enjoy it.

To follow the Irish road racing season through the camera lens, go to Derek Wilson Photography, Road Racing at https://dek134roadracing.wordpress.com/