The art of the car 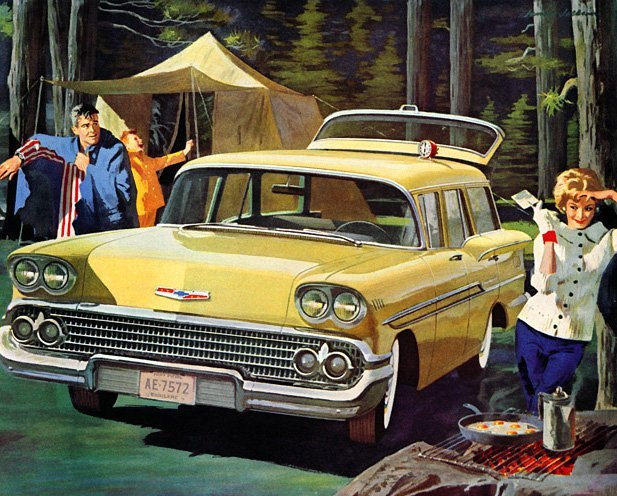 Revisiting vivid images from the past is natural as we grow older. The chance to relish again those illustrations from earlier times is tempting; their spectacular visual portraits from boyhood remind us of their ancient marketing triumphs.

It’s a study in automotive imagery and elegant luxury. Their commercial prominence of the day reflects the culture they promoted, which highlights vast differences compared with today—particularly in their apparel.

Recently, I visited our local home center on one of those hot end-of-summer afternoons. I’d been toiling in the heat for hours and as I advanced toward the entrance suddenly became aware of my disheveled appearance. Though mildly ashamed, I continued into the air conditioned sanctuary and… no one noticed, for we all looked the same. Wonder if standards are slipping! 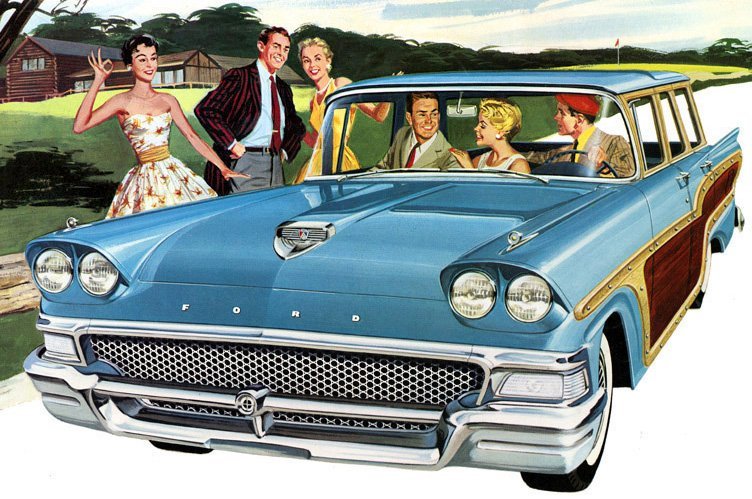 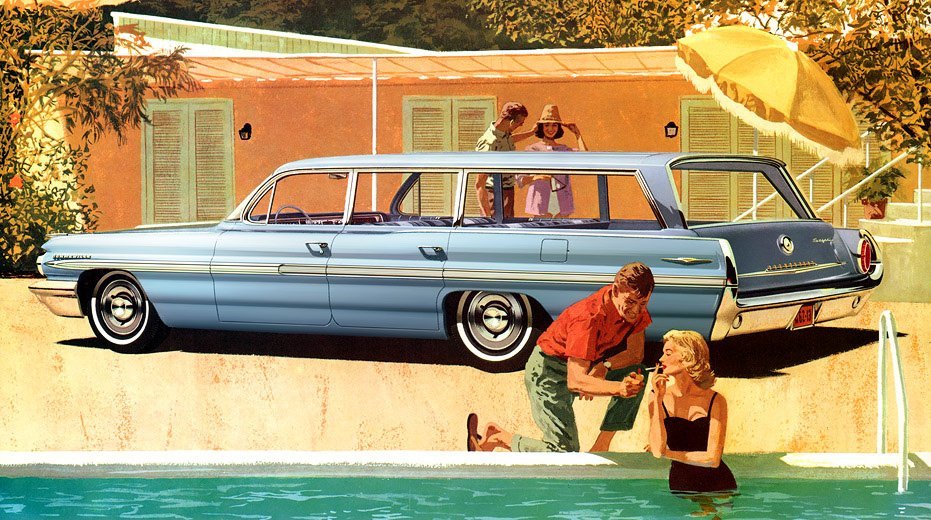 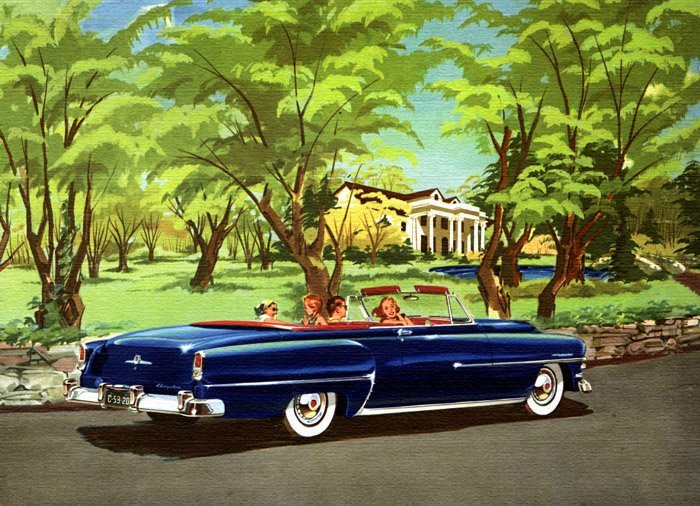 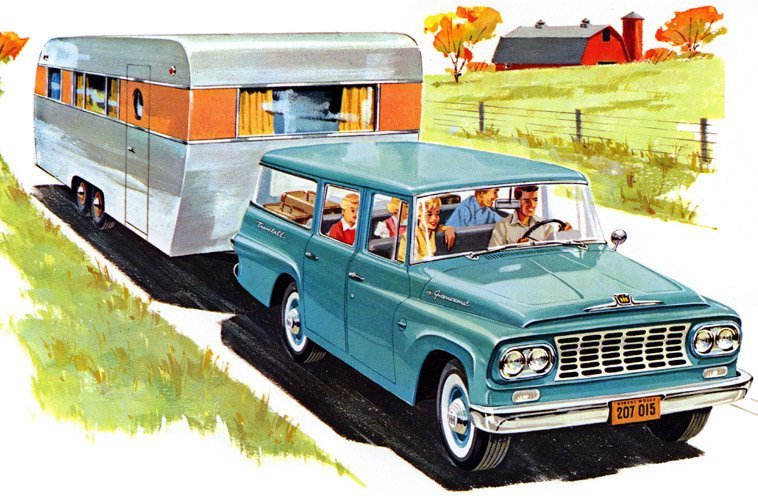 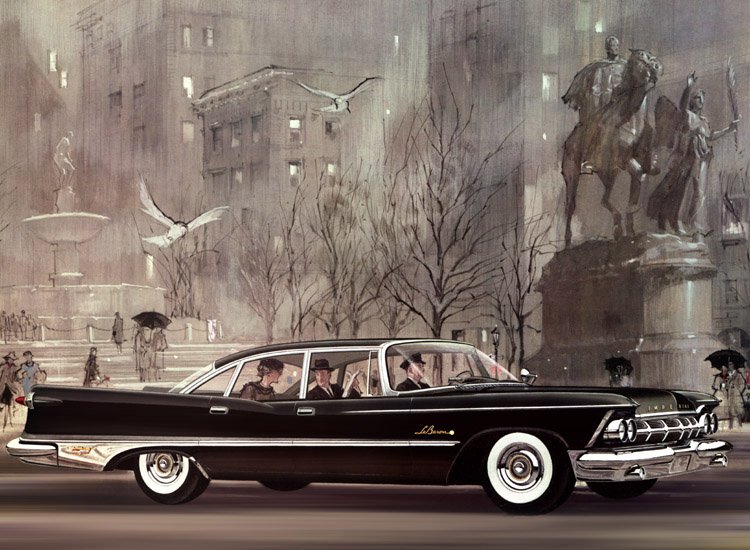 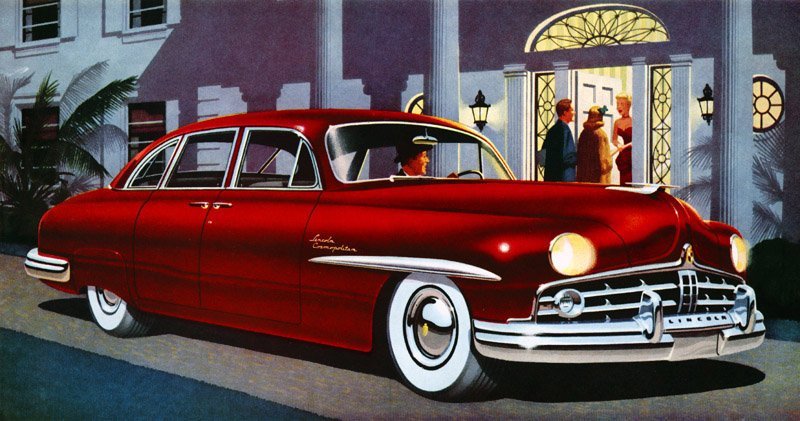 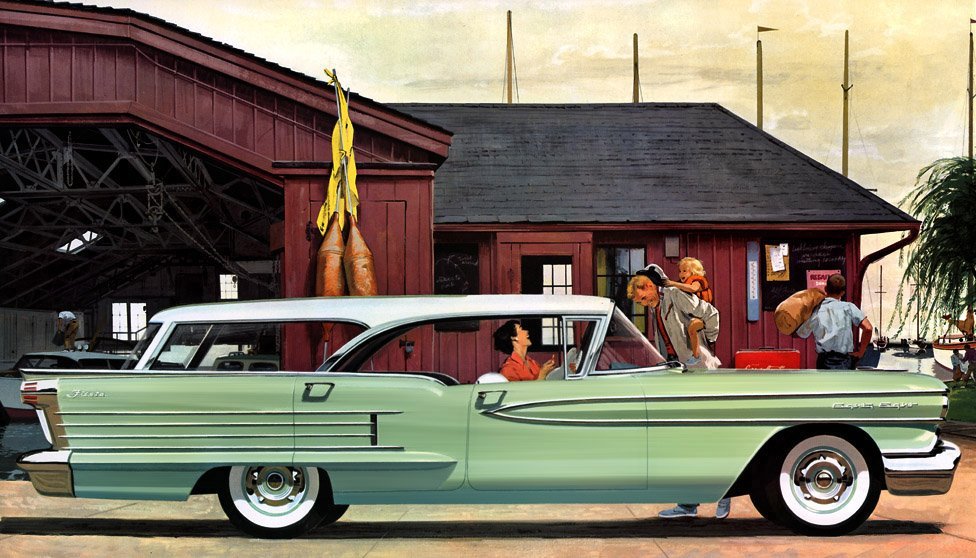 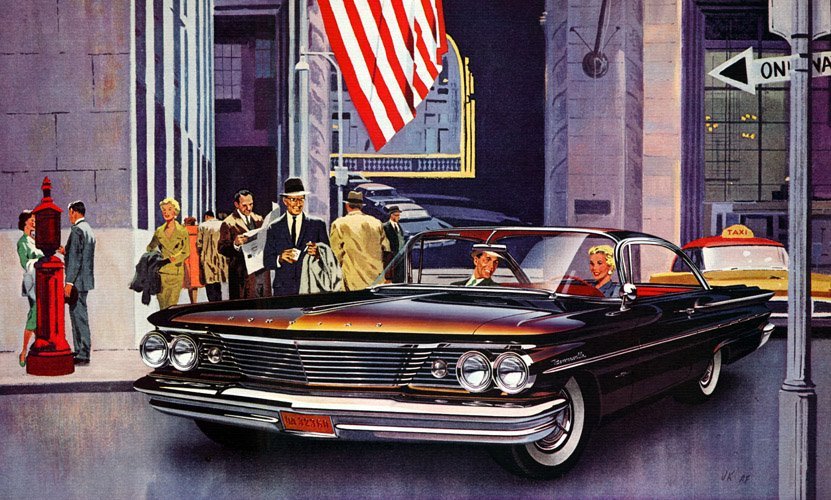 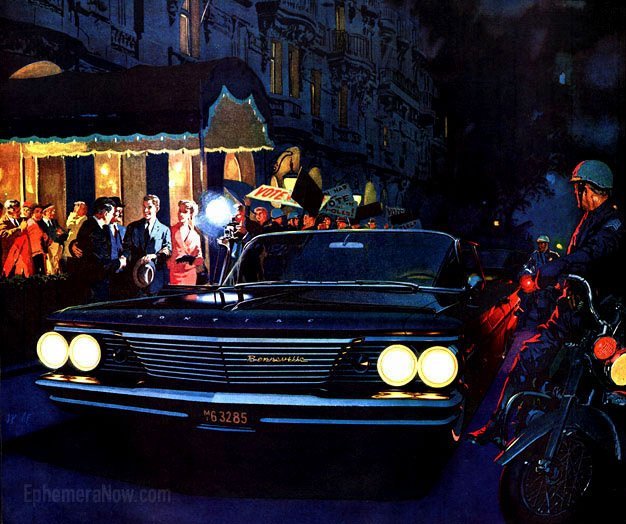 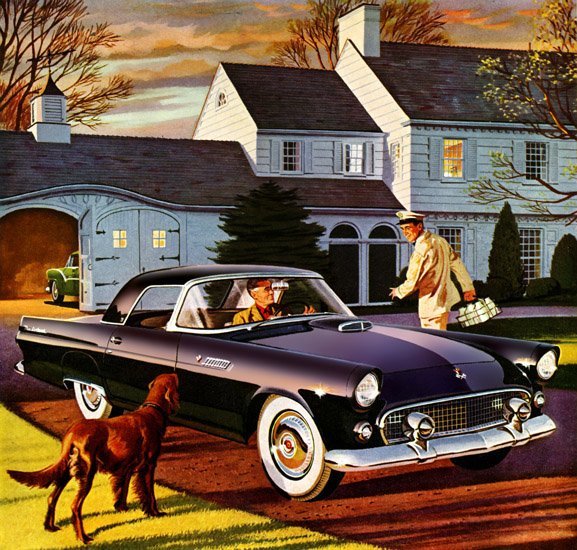 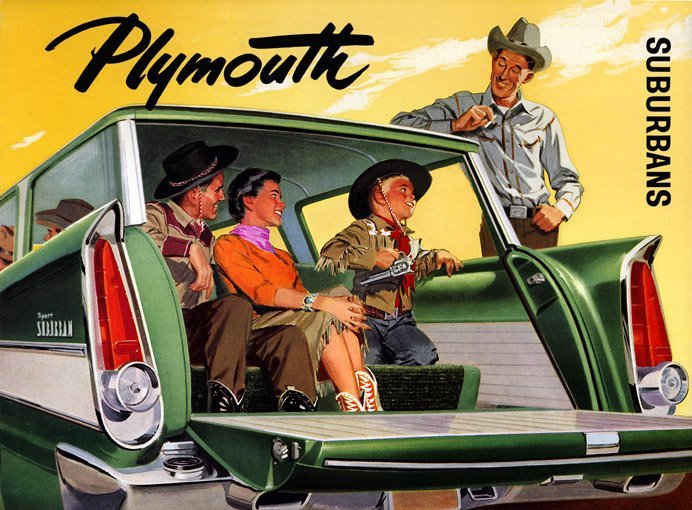 In their heyday of the 50s and 60s artists captured the imagination of the public with wonderful illustrations in many print publications. To preview or purchase any of these nostalgic images.