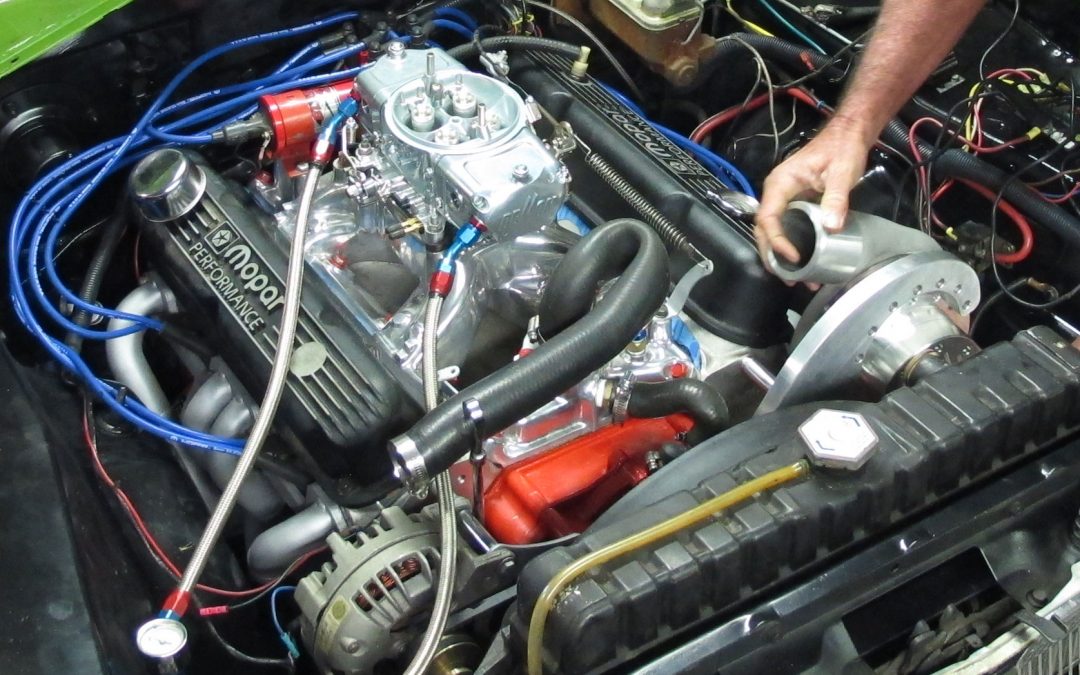 Bypassing fuel systems using a return-style regulator are the most efficient kind. They control fuel pressure constantly to the engine and return the surplus to the tank. The system is more responsive to fluctuating fuel demands, and as the fuel circulates from hot engine bays, it averts power losses and stalling from vapor locks.

The advantage of the in-tank fuel pump is durability because it is submerged in cool fuel. Also, it is much easier to push fuel than to pull fuel. The disadvantage of the in-tank fuel pump, especially with high performance vehicles, is that if the fuel level in the tank is low, the fuel becomes warm because the pump is warm and the desired cooling effect is lost. Best practice is not to allow fuel level to fall below half tank or avoid driving with low fuel.

The formula for upgrading a fuel system.

The formula for determining a fuel system’s capability is based on a vehicle’s horsepower output. Typically, an engine consumes ½lb of fuel per horsepower per hour. Therefore, feeding 500hp requires 250lbs of fuel per hour. As 1 gallon of fuel weighs approximately 7lbs, simply divide 250 by 7 to find the answer, which is 35.7 gallons. Thus, a fuel pump is required that generates a minimum of 40 gallons (150 liters) per hour to feed the engine at maximum boost-referenced pressure. Typically, 15 percent is added to maximum flow. This allows the regulator to maintain pressure control at maximum horsepower.

You might question why drag racing fuel pumps are so large? This occurs when the fuel pump is located at the rear of the car and the pump has to combat severe g-forces on launching from the start line.

Where to locate a fuel pressure regulator

If you shone a light onto contemporary fuel systems, you’d see no regulator at all. Instead, a computer is used to control the fuel pump with a pulse-width modulated signal. If the computer senses low pressure, it spins the pump faster and, correspondingly, high pressure causes the pump to spin slower.