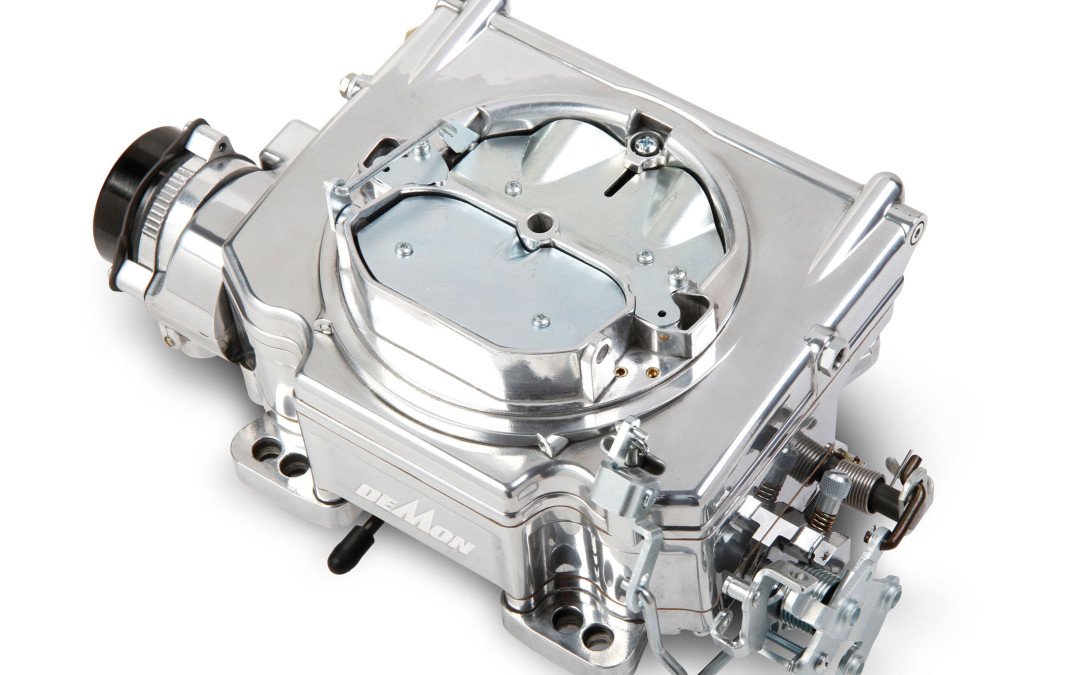 In mid-January 2012, the new 625 Street Demon carburetor was debuted in Los Angeles, California during the MPMC media-manufacturers conference. Designed to suit a large variety of stock to mildly tuned engines of up to 450 horsepower, the Street Demon cuts an elegant figure and caused considerable interest at the conference. Then in mid-February 2012, during pre-production dynamometer experiments, it fuelled a 376cu in LS-3 engine that generated in excess of 450 horsepower. Of course during the normal course of carburetor selection few would consider installing a 625cfm street carburetor on a 500hp engine. Clearly an engine of this capacity ideally requires a bigger carburetor, probably one of 750CFM. Still, evaluation tests or not, the Street Demon carburetor’s performance raised a few eyebrows.

The Street Demon’s production is scheduled to begin in early spring 2012 and given the chance to meet its designer, Larry Tipton, it seemed a fine opportunity to get to know more about what had inspired it and how it works.

Larry Tipton has spent most of his life in carburetor design and development. He began with Carter in October 1966 in St Louis as a designer of carburetor components and later was appointed to the advanced design group for new carburetion. Today he is the inspiration behind the new 625 Street Demon.

1) What was the inspiration behind the Street Demon? “Since its beginning Demon Carburetion has specialized in racing carburetors, usually for drag racing and for oval track competition and for street-strip and muscle cars. Later the Demon SixShooter and the Demon 98 carburetors and their attendant intake manifold systems were designed for small, specialized markets. But the company never had a carburetor specifically engineered for the popular street rod and custom rod performance markets, especially a lightweight aluminum die cast model as now. It was this niche that inspired its birth. The evaluation phase of the competitive carburetors found them to flow significantly less than advertised values, which gave us clearer direction for “right sizing” our design. We felt there was a significant opportunity to improve the appearance and function of the current AFB-style carburetors in the market today.” 2) What was the biggest challenge you faced in its design?

“In carburetor design, as with any complex product, you need to keep the complete design in mind at all times. Nonetheless, one of the first challenges was to provide the new carburetor with instant throttle response. To this end we quickly settled for 1-3/8in primary throttle bores.

Carburetor calibrations are often built around the idle circuit and it’s crucial to transition from the idle circuit to the main circuit seamlessly. An intensive signal and its rapid transfer to the nozzles not only provide seamless transition but also maintain atomization of the fuel. Yet in many conventional carburetors the nozzles drip until the signal builds and the vacuum starts to draw fuel. Of course, the larger the venturii the longer it takes the vacuum signal to affect the main primary nozzles and get past the dripping stage where they start to atomize. The Street Demon’s 1-3/8in primary throttle bores aided by triple-stack venturii proved to be very effective.” Arrow A shows the pointed end of an idle-mixture screw. The orifice around the mixture screw allows the idle mixture to discharge into the venturi.

3) What is the purpose of the Goggle valve and how did it acquire such a curious shape?

“The Goggle valve is a mechanically operated secondary throttle plate with a unique purpose-driven profile. Normally the secondary throttle arrangement would take the form of two round bores. Because of our decision to employ relatively small primaries, air flow would have been severely restricted by two conventional round bores. The Street Demon is designed to fit intake manifolds of both spread-bore pattern and the smaller square-bore patterns. To maximize the air flow we created the Goggle valve. Without it, generating air flow of 625cfm would have been almost impossible.

The Goggle valve is connected to the primaries by a progressive linkage. In common with many conventional carburetors, it is timed to start opening approximately 30 degrees after the primaries. Yet its faster ratio of movement brings it to the fully open position at the same time as the primaries. The Street Demon’s secondary mechanism includes an air valve which is situated above the Goggle valve. The Goggle valve is linked to the primary mechanism and opens as quickly as you depress the throttle pedal. The air valve opens in response to the air flow demand. To compensate for the rush of air when you hit the throttle hard, the air valve remains closed momentarily as it increases the vacuum signal on the secondary nozzles and the carburetor draws fuel faster. To increase performance you can adjust the air valve’s opening resistance by increasing or decreasing the spring torque on the end of its shaft, allowing it to open sooner or later.

4) What is the function of the air valve?

“The air valve on the Street Demon is vacuum actuated and performs a function similar to that of the vacuum-diaphragm-operated secondary throttle plates on a typical Demon carburetor. When you stomp on the throttle pedal the air valve opens in response to the air flow demand.

Of course, the Goggle valve beneath it opens as quickly as you depress the throttle pedal. So to compensate for the rush of air when you hit the throttle hard, the air valve remains closed momentarily as it increases the vacuum signal on the secondary nozzles and the carburetor draws fuel faster. The air valve arrangement compensates for the sudden opening of the Goggle valve.

To increase performance you can adjust the air valve’s opening resistance by increasing or decreasing the spring torque on the end of its shaft, allowing it to open sooner or later. This adjustment becomes part of the carburetor’s calibration. Increasing the torque load delays the opening of the air valve and increases the vacuum signal. This is not a delay for the full throttle opening. Instead it occurs during early throttle openings and is intended to prevent the sudden lean condition from the rush of air without fuel. In addition, it maintains strong signal strength at the secondary nozzles, which aids in the emulsification and atomization of the fuel. It manages the flow as fast as your foot moves the throttle.” The Street Demon’s fuel bowl is produced in standard aluminum or aerospace composite. The latter reduces heat transfer to the fuel by as much as 20 degrees Fahrenheit and improves hot starting and hot weather drivability

5) Why did you select the aerospace fuel bowl? Can you expand on its history?

“The ThermoQuad fuel bowl was constructed from a Phenolic material, more commonly known as Bakelite® to insulate the fuel from heat. This was the best available in those days. However, subsequent hot and cold thermal cycles caused the plastic bowl to warp and the air horn gasket had occasion to leak.

In contrast, today’s best aerospace composite was chosen for the Street Demon. It is more stable, more effective in restricting the transfer of heat, and more impervious to a wide range of fuels, including racing fuels and methanol. In addition the bowl offers a better surface finish and it’s manufactured in an “as molded” state without additional operations.

6) What do you like best about the Street Demon?

“Because this carburetor is designed for street applications, accelerating on the smaller primaries while delaying the opening of the Goggle valve makes the vehicle responsive to drive. I like that. But also you can quickly activate the Goggle valve—the secondary mechanism—by stepping on the throttle. I’ve worked on the Street Demon for just over two years and it’s gratifying to see it finished and doing so well on all the tests.” 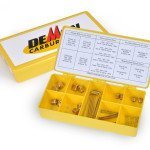