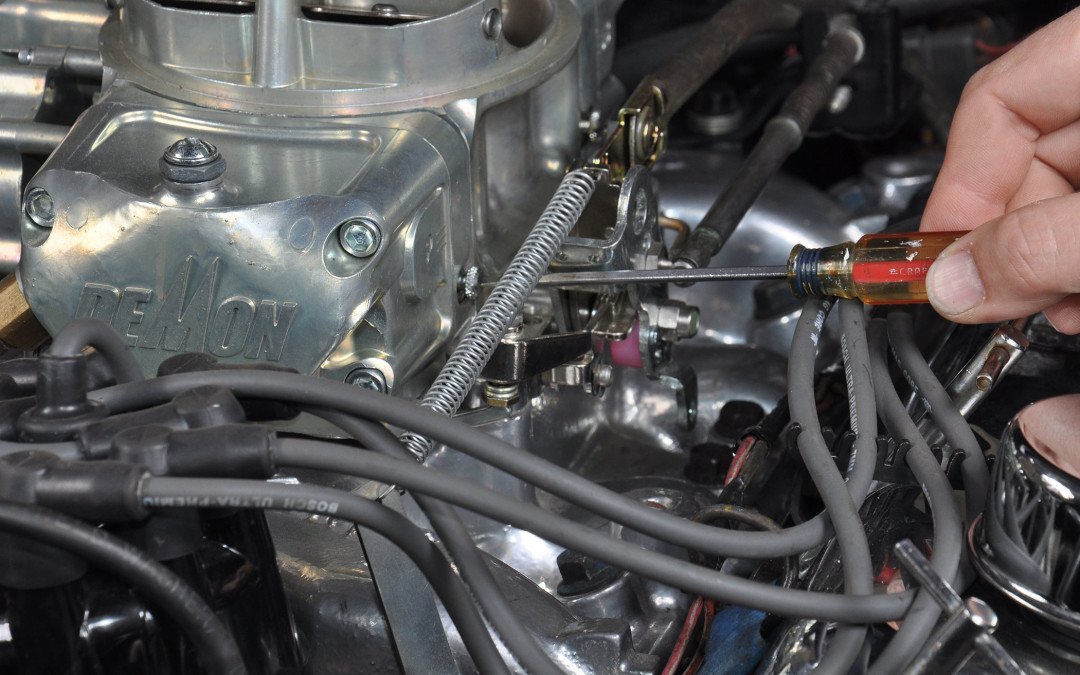 If you ever have the chance to discuss engine tuning troubles with the legendary Jon Kaase, you’ll rejoice in his simple logic. “Most engine troubles,” declares Kaase, “are centered on spark or fuel—if it has the former it is either getting too much or too little of the latter.”

In the first part of this series of Handy Tuning Tips, we asserted for the benefit of the young enthusiast that the most valuable attribute of the engine is its production of vacuum.

Main jets are used to tune an engine to produce its best top-end power. Unless you have access to a dynamometer and can reliably observe changes in the fuel curve, the traditional trial-and-error method is still regarded as the most successful technique. If top-end power improves by increasing main jet sizes by two steps, continue in that direction until the improvements have stopped. Then return to the jetting that worked best.

Power valves are used chiefly to improve drivability. Operated by engine vacuum and rated in inches of mercury (in/Hg), the power valve remains closed during periods of high vacuum (idle and part-throttle). But when engine vacuum diminishes (under hard throttling) they open and deliver an additional source of fuel to the carburetor’s main wells. By opening and closing in this way they keep the carburetion crisper and the combustion process cleaner. Depending upon the application, throttle response improves, both under aggressive acceleration, sharp deceleration, and hard braking.

One power valve is often found in four-barrel modular carburetors of street cars whereas oval track and road race cars are often equipped with two. Generally, drag race cars don’t use any as their sole function is devoted to full-throttle motoring and drivability is of little consequence.

Power valves, which should be rated at least 1.5in/Hg below idle vacuum, are situated above and between the main jets. They have direct access to the fuel bowl and deliver their fuel through channel restrictors into the lower regions of the main wells. Their source of vacuum originates at the base plate.

When disabling a power valve circuit, the valve should be replaced by a solid plug and the main jets on the affected metering block increased by 8-10 sizes to compensate for the loss of power-valve fuel flow. Vehicles with automatic transmissions have their idle vacuum checked while in gear.

NOTE: In this area, in the Atlanta suburb of Doraville, a well-established company known as Lamar Walden Automotive has been remedying hot rod troubles since the early 1960s. They can be reached at (770) 449-0315.