Resurrected from the depths after 34 years. 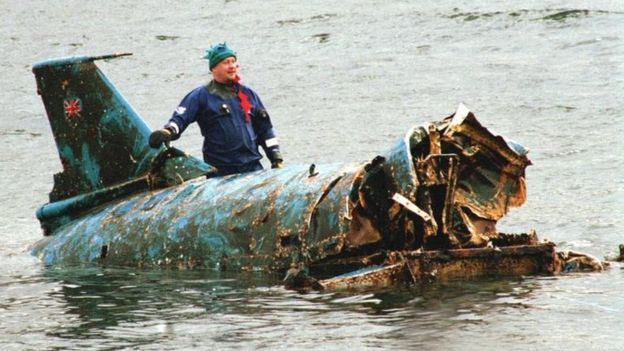 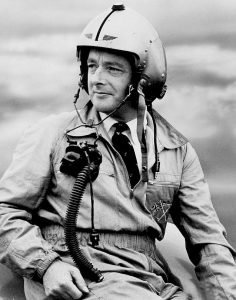 Donald Campbell’s 300mph record-breaking jet-powered hydroplane, Bluebird K7, has been rebuilt. The vessel was salvaged in March 2001 from the bottom of Lake Coniston, in Cumbria, England, following Campbell’s fatal crash in 1967. It is now readied for testing.

Forty-five year-old Campbell died when the 12-year-old watercraft became airborne, back-flipped, crashed and partially disintegrated. Campbell had been travelling at over 300mph in an attempt to break his own 276mph water-speed record. Two months after raising the remains of the Bluebird, in May 2001, Campbell’s body was discovered still wearing his blue nylon overalls. 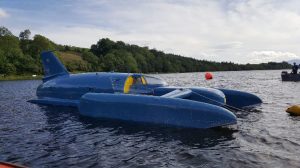 The Bluebird restoration project was undertaken by a team of volunteers from Tyneside in the northeast of England and led by diver and engineer Bill Smith. The restored craft, which has already traveled at 100mph on Loch Fad on the Isle of Bute near Glasgow, Scotland, is currently undergoing tests for water tightness and its ability to withstand wave buffeting. Smith said, “We’ve been 15 years in the rebuild – five years of stripping, cataloging, and cleaning, and ten years since setting the craft’s first rivet. Once these tests are completed, there’s the hope the Bluebird will be showcased at speed back in Cumbria.”

The son of British speed record breaker of the 1920s and ‘30s Sir Malcolm Campbell, Donald set eight world speed records in the 1950s and 60s–seven on water and one on land. He remains the only person to accomplish both world land and water speed records in the same year (1964). In 1960 at the Bonneville Salt Flats, he was hospitalized with a fractured skull and burst eardrum after losing control at over 360mph while trying to break the land speed record.

Development of the jet-powered K7 watercraft began early in 1953. Designed by Ken and Lew Norris, the construction was a steel framed, aluminium bodied, three-point hydroplane with a Metropolitan-Vickers Beryl axial-flow turbojet engine, producing 3,500 pound-force (16,000 N) of thrust. On the occasion of Campbell’s final attempt, it was powered by a lighter and more powerful Bristol Orpheus engine, taken from a Folland Gnat jet aircraft, which developed 4,500 pounds-force (20,000 N) of thrust.

On the hydroplane’s first run, it recorded an average speed of 297.6mph and exited the measured kilometer at over 310mph. The cause of its crash on its return run remains a mystery. The weather was acceptable, the vessel was lighter, having not refueled, and traveling on flat, calm waters. The argument that fuel starvation was involved was largely dispelled when fuel was found in the lines of its resurrected remains, leaving the most commonly cited reason–that it had exceeded its dynamic stability.

Campbell was a restless and intensely superstitious individual. He was repelled by the color green, the number thirteen and believed nothing good could happen on a Friday. On the night before his death, while playing cards he had drawn the queen and the ace of spades. Reflecting upon the fact that Mary, Queen of Scots had drawn the same two cards the night before she was beheaded, he told his mechanics, who were playing cards with him, that he had a fearful premonition he was going to “get the chop”. 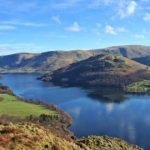 Five miles long by half a mile wide and a maximum depth of 184 feet, Coniston Water is the third largest lake in the English Lake District.