Reports of my death are greatly exaggerated 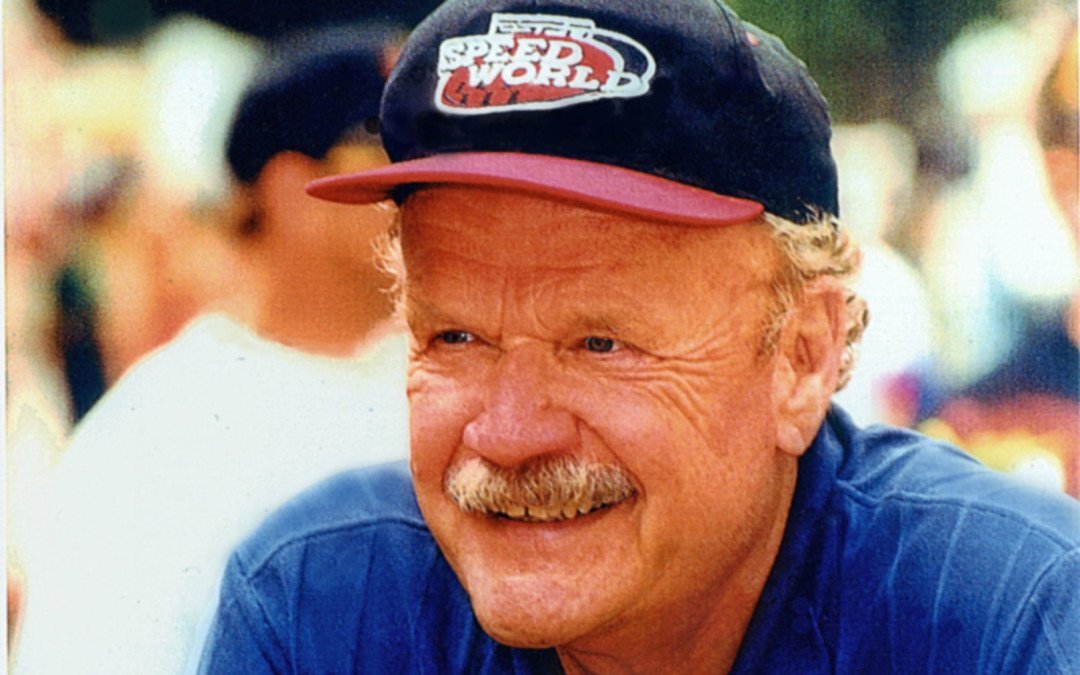 We read with dismay a report in the latest issue of Drag Racing Scene announcing the passing of Dave McClelland. How could this be? Dave was in fine fettle a few evenings ago when we last spoke, and a man in better spirits we could not imagine.

Of course death has always been unequivocal, that is until Mark Twain issued his hilarious rebuttal “Reports of my death…” What happened was that the magazine’s esteemed editorial director, Todd Silvey, had submitted his materials for Volume 2 Issue 3 to his printer. But the printer had confused Todd’s Obituaries with his Honors columns, which is where Dave should have featured! Todd joked, “Dave may not take my calls anymore!” Happily the legendary voice of motor sports retains a strong appetite for life.

McClelland, who has been announcing at drags strips for 57 years, was inducted into the Motorsports Hall of Fame of America on June 29 in Daytona Beach. An equally interesting part of his life has been his own pursuit of drag racing in his Fiat Topolino (little mouse), but not always without anxiety. 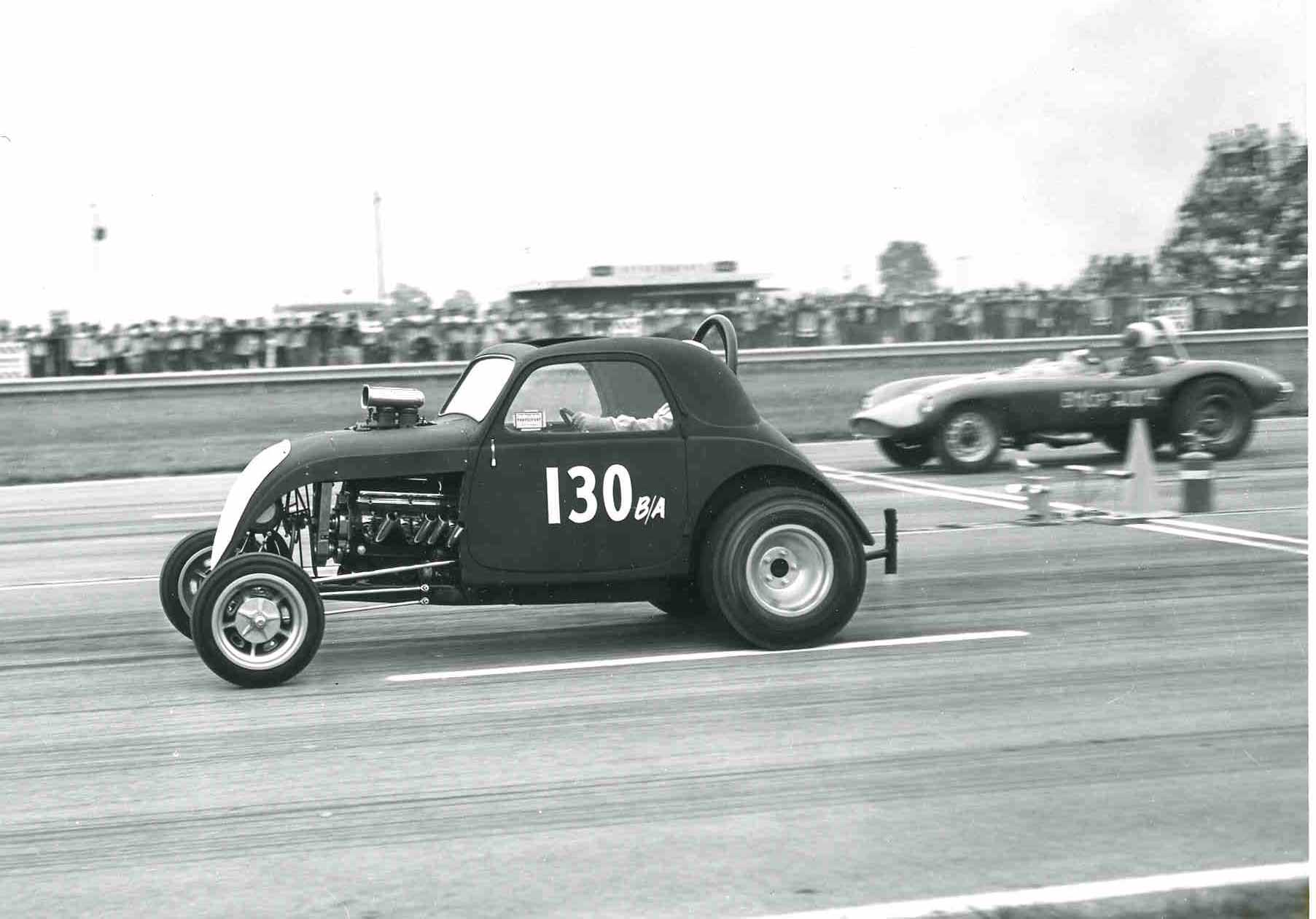 Built by Shreve Automotive, Shreveport, LA, the Topolino in this configuration, which included a Ronnie Scrima chassis powered by a supercharged Olds with B&M Hydrostick, first raced at Indy 1962, where it broke an axle in the semi-finals. Famed camshaft manufacturer Joe Lunati is pictured in his sports car in the far lane.

The car could be woefully erratic, steering to the left or right without warning. But McClelland survived the unpredictable perils without calamity and much of the car’s later agility came from the skills of chassis and suspension specialist Roger Lamb. 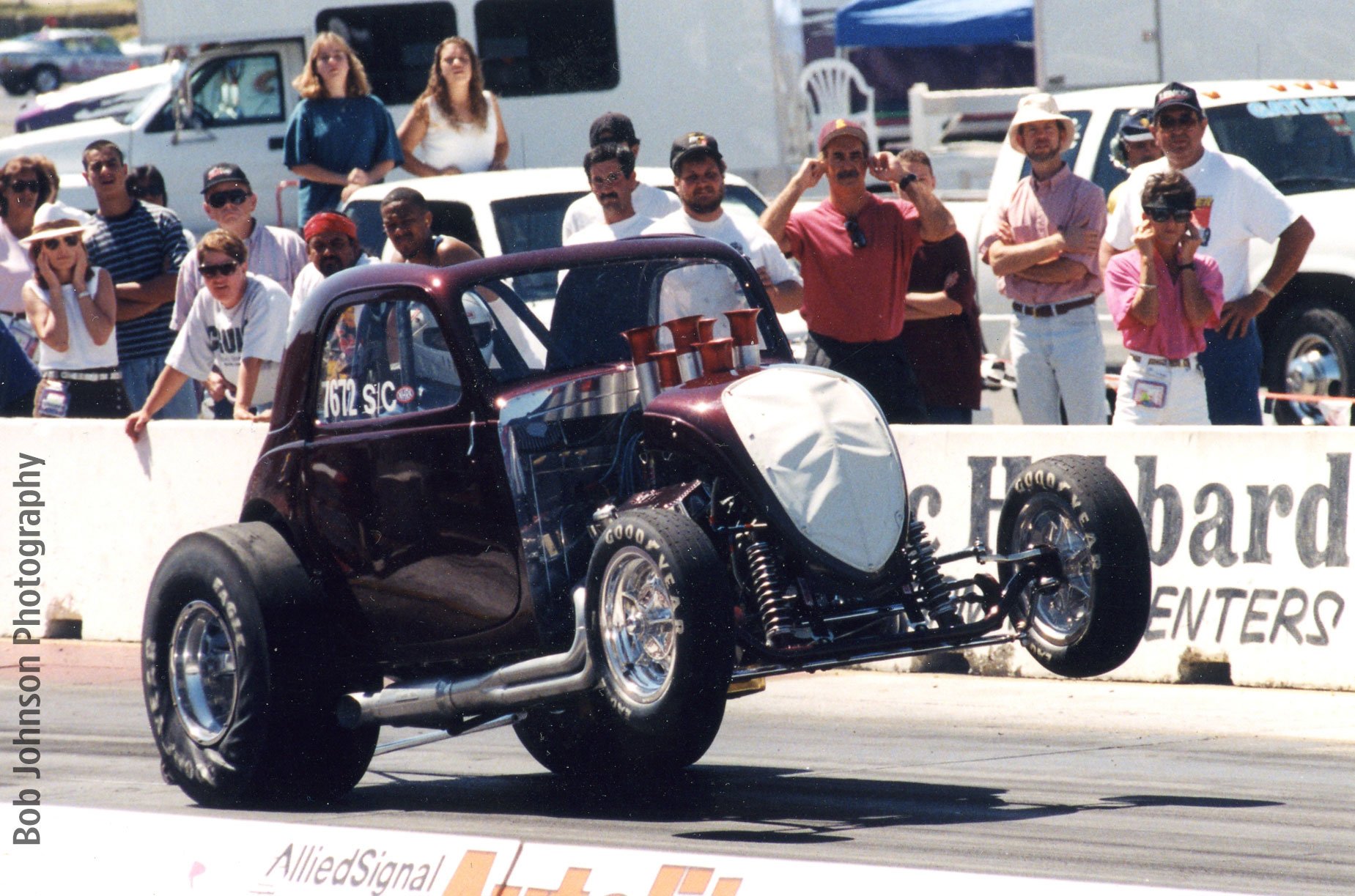 Sears Point circa 1997-’98: The car following Roger Lamb’s modifications. Its major specifications were as follows: 454 Crate LS-6 engine with stock crank, block, pistons and rods, minor head work, cam and injectors on alcohol. Two-speed Powerglide and Ford 9in. rear end. Best time 8.52 at 153 mph. The car was raced for approximately 10 years both in competition and exhibition. Says Dave, “It was retired to the NHRA Museum about 2004, which is where it remains. It was a fun ride!”

“The principal trouble with Dave’s Topolino was caused by bump steer, says Lamb. In common with many short wheelbase race cars of the last century with larger displacement engines installed, the steering geometry often no longer duplicated that of the front suspension. How they drove these cars in this condition is beyond me for the cars steered themselves!”