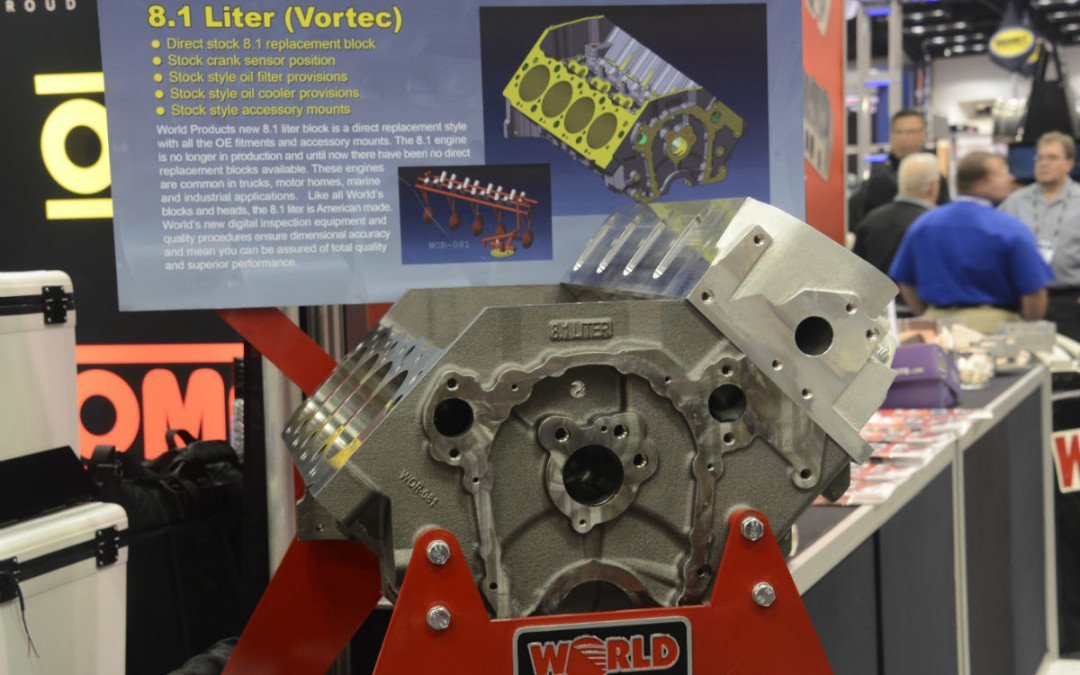 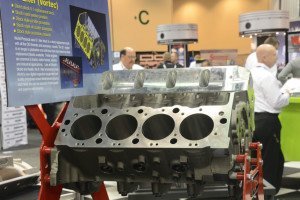 Raise questions about the prospects of GM’s 8.1 liter V8 Vortec engine block and you will quickly learn that currently there is no direct-replacement block available. The engine has been extinct since 2010.

But at the 2016 PRI show held in Indianapolis in December, World Products’ technical director, Dick Boyer, announced they were in the process of creating a new cast-iron block to be available by July 2017.

On first acquaintance you might think the new 8.1 liter unit would be welcomed mostly by owners of commercial trucks, motorhomes, marine and industrial applications. But for the racing community, its loss was arguably more severely felt for it was an effective power unit for many towing vehicles.

“Without provision for the stock crank sensor,” says Boyer, “the engine cannot operate with a stock computer or stock fuel injection.” In order for the new block to reach the unimpaired OEM specification, significant investment was necessary, mainly in acquiring access to complete foundry tooling. As anticipated, this is expensive—as other aspiring engine producers discovered when trying to establish a crank position sensor in the stock location of a GM Mark IV-style big-block.

But Boyer made the calculations work because he integrated the new foundry tooling for the production of the 8.1 with a new Merlin IV block. 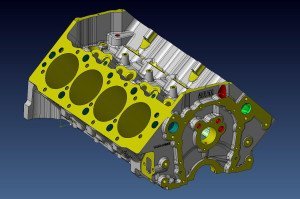 The upgrading objectives for the Merlin IV introduced thicker material around the main webs, camshaft tunnel and cylinder walls, which measure 0.290in with 4.600in bores. Conveniently, five deck heights are available: standard 9.800in; the truck block also known as the tall deck 10.200in; and the 9.850in and 10.250in. The additional 0.050in allowance granted to the latter two is attractive to engine builders when designing their component stacks from crank to deck for long-stroke engines. Lastly, there is a short deck option measuring 9.500in, a much-loved option among Northeast big-block dirt racers and the 480cu in truck pullers, who run a 4.600in bore with a 3.750in stroke.

Offering displacements of up to 632cu in, the Merlin IV is aimed mainly at the drag racing market and, indeed, any high-performance big-block program.

In common with all World Product’s castings, these new engine blocks will be American-made. Also, when considering the group’s extraordinary recent successes, it’s easy to underestimate Boyer’s contribution.  A resourceful and imaginative man, he has been the architect of a string of engine blocks and cylinder heads created since the Erson/PBM group purchased World Products from Bill Mitchell in 2012.

Since this time, the owners have regularly increased their foundry and engineering resources, dedicating them to the production of new engine blocks. Similarly, Boyer has put on an equally convincing performance, revamping the Motown LS block, the Man O’ War small-block Ford casting, the lightweight small-block for Chevrolet-powered circle track racers, who are constantly concerned over the slightest excesses in front end weight. And now the introduction of the 8.1 and Merlin IV

Beyond this, over the past four and a half years, he completely reorganized the manufacturing division of World Products. These measures entailed adopting tighter tolerances, improving fixtures and machining facilities as well as adding the latest CMM—coordinate measuring machines–which will be used to good effect within the next three or four weeks during the inspection processes of the first 8.1 and Merlin IV castings. 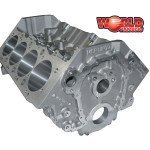 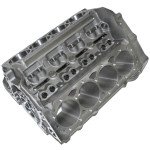 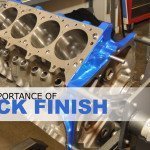