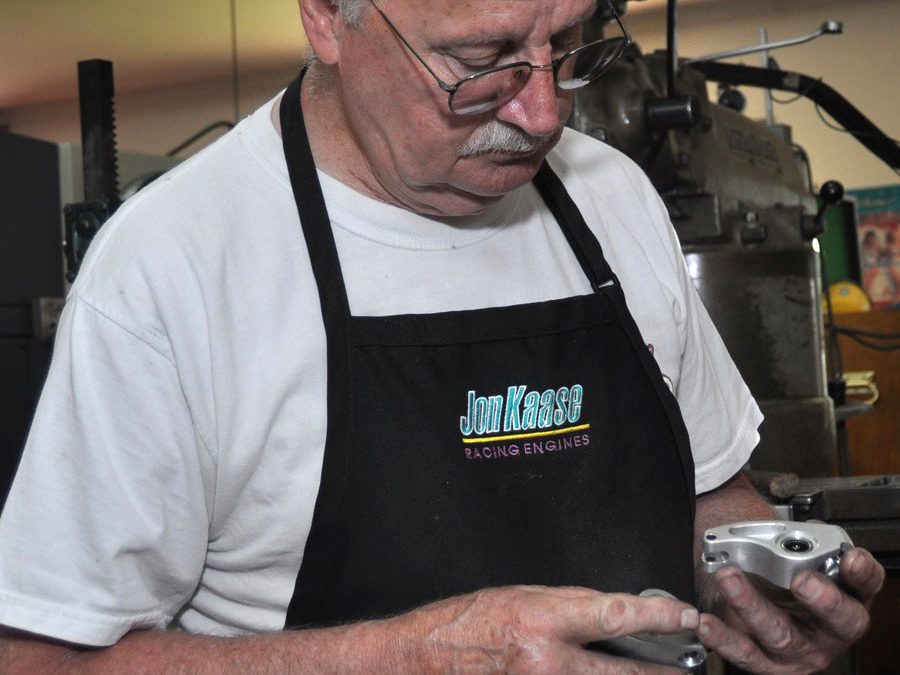 Dawsonville, Georgia: How is it that the man who makes the finest racing rocker arms—five to six hundred sets per year—is virtually unknown?

His valve train parts, which are shipped in unmarked boxes, flow from his modest manufacturing facility in north Georgia about fifty miles north of Atlanta. They carry the promise of winning. The shop, which is not open to the public is also unmarked and sits among the evergreen scenery and the burnished magnolia at the end of a neat concrete drive behind a gated entrance. In the shop, customers’ names are rarely mentioned.

Indeed this policy of discretion is understandable as professional racing teams work hard to gain an advantage and it’s in their interests and those who serve them to remain tight-lipped. Racing, particularly the kind where engine power predominates, requires secrecy and Wilfred Boutilier of WW Engineering knows how to play the game.

In nineteen-sixty-five Wild Wilfred Boutilier now 76-years-old left his Nova Scotia homeland, pursuing an ardor for NHRA drag racing. In the nineteen-seventies he competed in Pro Comp Alcohol Funny car, winning at Englishtown in 1974 and again at the Fall Nationals in Seattle, Washington a year later. Boutilier continued racing though not from the confines of a Funny Car. He was the first to create billet heads for Donovan blocks. He also produced them for Lamar Walden’s Chevrolet 409s.

Almost thirty years ago Boutilier began developing competition rocker arms from billet aluminum. Why would he do that? Why would he not use an extrusion where the entire rocker arm is extruded in seconds? For the manufacturer an extrusion eliminates the need to remove wasted material and it is even available with holes for the trunnion and roller tip. “It’s for strength. Because the forces in the rocker arm run longitudinally, from end-to-end,” says Wilfred, “I wanted a similar grain structure in my rocker arm. The grain structure in the extrusion runs perpendicular—it runs across the rocker. Though not quite as strong as a forged item, the billet is usually around ten to fifteen percent stronger than its extruded counterpart.” From each year’s production at WW Engineering, Boutilier can count the number of broken rocker arms on the fingers of one hand.

Now he has announced he is leaving the rural beauty of North Georgia at the end of April to return to his ancient Canadian homeland. Happily, production of his much-prized competition rocker systems will continue discretely, albeit one thousand, seven hundred miles northeast.