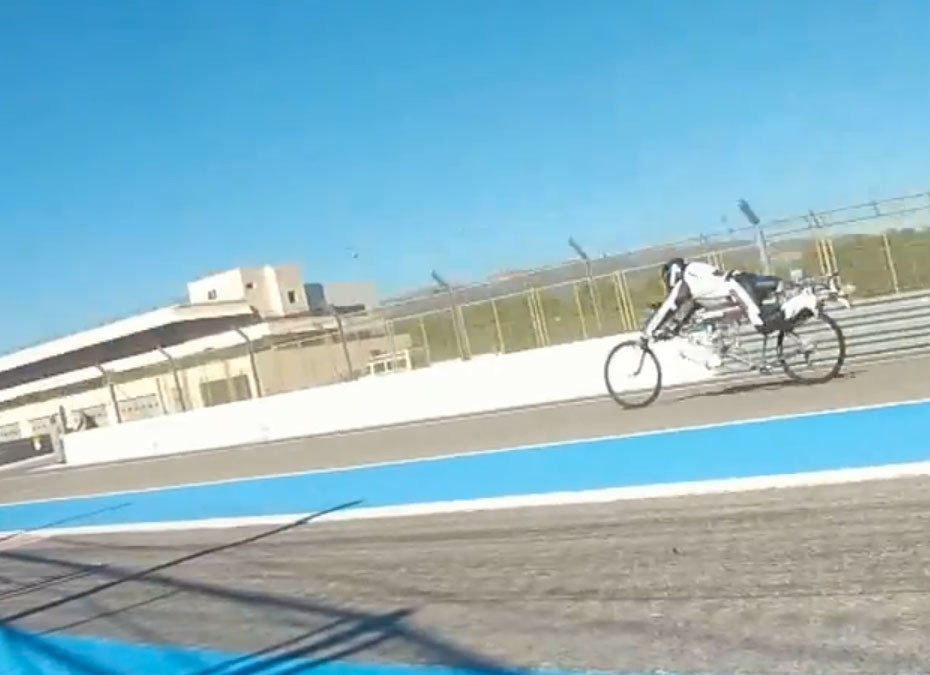 On November 7, 2014, in the cool mid-autumn air of Circuit Paul Ricard located at Le Castellet near Marseille in the south of France, Swiss cyclist Francois Gissy riding a rocket-propelled bicycle reached a top speed of 207mph (333 km/h) in 4.8 seconds.

Designed by Arnold Neracher, the bicycle has no aerodynamic aids, suspension or, seemingly, any effective braking system. To the elongated, ordinary-looking bicycle, Neracher added a hydrogen peroxide-powered rocket with three small thrusters fastened to its frame. The bicycle generates the approximate equivalent of 560hp and 416kW (4.5kN) of thrust.

Gissy, the daredevil who lies above the highly concentrated hydrogen peroxide apparatus with legs and feet extended rearwards and subjected to 1.96Gs under acceleration, mentioned that his chief concern was the high wind forces acting upon his head.

He and his team are currently focused on establishing a 250mph record.