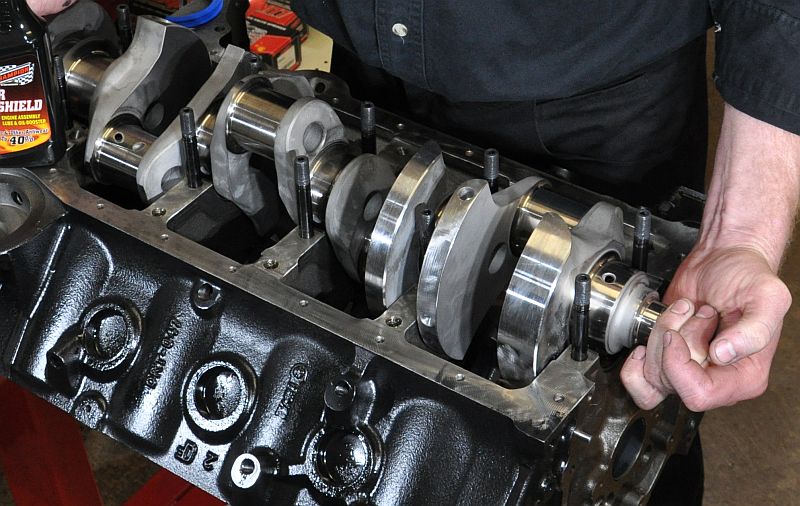 Measurement is at the heart of engine building. Here a Sunnen gauge is set to measure the diameter of the piston pin bores and of the connecting rod bushings to one ten-thousandth of an inch (0.0001in).

Probably the biggest fallacy about engine power output is the number that reveals its peak power. But it’s a deceit perpetuated by most of us. We run our finger down the page looking for it. The engine builder pursues it because often his job rests upon it, the car owner requires it, and the crew chief desires it—even magazine titles splash it across their covers, using it to entice greater magazine sales. The result is that the racer shopping for an engine almost always inquires of its peak power and the circle is complete: everyone engages in racing dynos.

“In the eighties,” says Keith Wilson of Wilson Manifolds, “when I ported Childress race engines, their star Dale Earnhardt Sr. never cared about peak power. Instead he spoke of feeling it in the seat and dynamometer figures were of little account, he wanted to feel the car accelerate coming off the corner.”

Kevin Stoa, the accomplished IMCA Modified racer and engine builder says, “The key in making the car accelerate is to determine its most effective RPM range. If the best oval track engine builder in the world made unrivalled peak horsepower from 8,500 to 9,500rpm, his engine would be beaten every time by another that’s producing its full power from 6,500 to 7,800rpm because it accelerates faster.” Bigger induction runners, for example, will often demonstrate impressive power on the dyno, but under racing conditions they often disappoint with lackluster throttle response. “Dirt track racers make most of their overtaking maneuvers when coming off the corners,” explains Kevin. “If you are fortunate enough to be in a dominant car and you are closing on a guy and waiting for him to make a slight error, you need instant response to get your nose ahead when a small gap opens.”

In the second part of this series Stoa demonstrates his technique for achieving instant throttle response and for building a power advantage with the robustness and reliability intended for a full season’s racing. Here he concentrates on the assembly of his 420cu-in Dart block and the care required when installing the pistons and rotating assembly. Because race engine technology advances so rapidly, today’s astute piston maker must establish close working relations with the piston pin and ring makers. Piston ring groove tolerances, for example, are set by the ring maker. If the rings vary in thickness by, say, seven ten-thousandths (0.0007in), the piston maker must prepare ring grooves to accommodate this dimension plus provide an additional few tenths for working clearance. On the other hand if the fluctuations in ring thickness are reduced to one ten-thousandths (0.0001in) and those rings are installed in the seven ten-thousandths ring grooves, the engine would likely sustain a power loss of 40-50hp.

Similar care is required with the selection of piston pins. DLC-coated piston pins (the abbreviation refers to Diamond-Like Carbon) offer remarkable durability under high compression forces, but at a cost. During the past year Trend Performance, the Michigan-based tappet, pushrod and pin maker, succeeded in reducing coating costs by almost half—from $400 per set to around $250—achieved mainly by coating in larger quantities. Still, coatings present the racer with an additional expenditure. Thus uncoated pins have remained popular, especially those with wall thickness of 0.165in. However, at 14:1 compression ratio, these pins are being tested to their extreme bending limits, and savvy engine builders are moving up to tool steel construction with 0.185in wall thickness. “It’s a sensible move,” comments Kevin Stoa, “though these new tool-steel piston pins are a shade heavier, I cannot detect any difference in engine acceleration nor, I suspect, can anyone else.” Travel With Girls 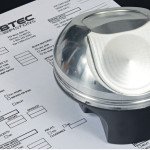