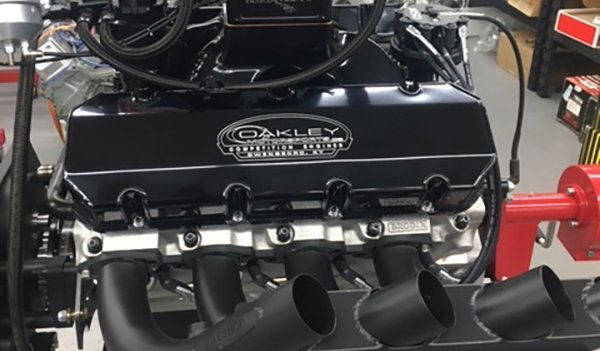 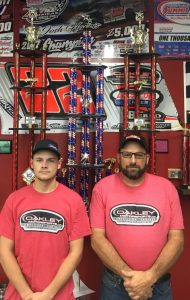 In NPTA championships (National Tractor Puller Association) they succeeded twice, in Battle of Bluegrass truck pulling championships four times as well as various circle track dirt championships and big-money Bracket events. They even conquered the Engine Masters’ Horsepower King and Torque Monster contest of 2013—the year the company was founded by Phillip Oakley. 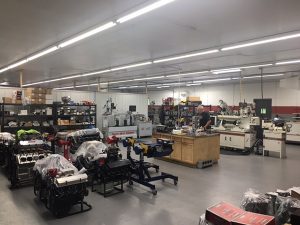 “When I was 15, my Dad started an automotive service station business—auto repairs. We held onto it for 25 years but by the 19th year I’d had enough. I dreaded going to work, and in 2012, the tiresome adventure was over. Before long I closed the operation and replaced its weary prospects with the promise of building race engines.

I married Jessica when I was 19. We met in High School and have been married 28 years. She has gamely supported me through the highs and lows, the times of drudgery and uncertainty. For years, I had been building my own race engines on the side at our home, but now I risked everything on a dream: hoping to sustain a living by building 10 to 15 race engines per year. Even then, I harbored hopes of continuing my own drag racing endeavors. 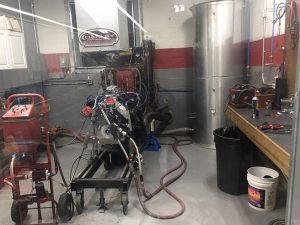 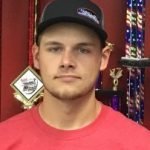 I was born in Owensboro, Kentucky, and today my son Jay works closely with me. You ask how I cultivated the bond. The relationship with my own father, Greg, had always been difficult. A former Marine, it was often his way or the highway; we couldn’t occupy the same room for more than 20 minutes without friction. So, I determined not to have that kind of rapport with my son. I allowed Jay to be Jay. Now 21, and working with me since he was 13, he’s evolved into a bright, independent thinker, and many of the ideas I’ve adopted in the shop are his. If you’re lucky enough to uncover such qualities, you’ll find two heads working in tandem are better than one.

When I was a teenager, I loved Smokey and the Bandit and by 15, I’d earned enough money to buy a 1977 Trans Am. My granddad regularly took me to the races, and three years later, in 1990, I won my first event, the High School class at Windy Hollow Dragway. At the end of that year, luck persisted when I also won the High School championship, a Bracket finals race.

What I love about racing is the competition—not just the driving but the challenge of building a race-winning engine. The first time I raced a dragster was in 2001, and I’ve owned them since.  Dragsters are like machines, they can demonstrate remarkable consistency—the perfect vehicle for proving an engine’s superiority. Now I take greater thrill from watching my stuff run than driving. 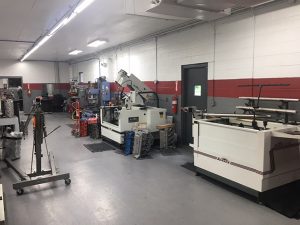 My two biggest breaks came when I met Lem Evans and when I attracted Texas Road House as a sponsor. Lem owns B.F. Evans, a Ford dealership in Livermore, Kentucky, about 20 miles south of Owensboro. He’s a former drag boat racer, and it was he who explained many of the complexities of the big-block racing engine. He also encouraged me to start my own engine shop, providing moral support and direction. We continue to speak almost daily. My racing connection with Texas Road House has endured for 19 years. It’s been a close, effective relationship, an unusual achievement in any form of racing.”   As told by Phillip Oakley 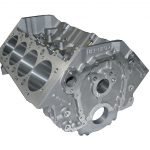 Phillip Oakley has been doing business with PBM for decades and with Erson Cams about four years. “It was Erson’s customer service that won us over,” said Phillip. “We had numerous camshaft specs when we moved to Erson but when we address new engine configurations we discuss them with John Hartman or Russ Yoder. 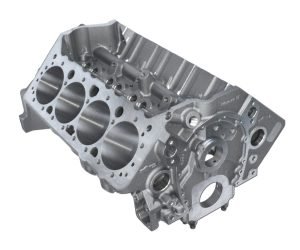 “We use World Products’ blocks for our Circle Track customers and also any big-block Chevrolet that has a steel block is World Products. We prepare around 100 engines per year and 30 or 40 of them have steel blocks—Super Pro Bracket to supercharged Top Dragster engines.”