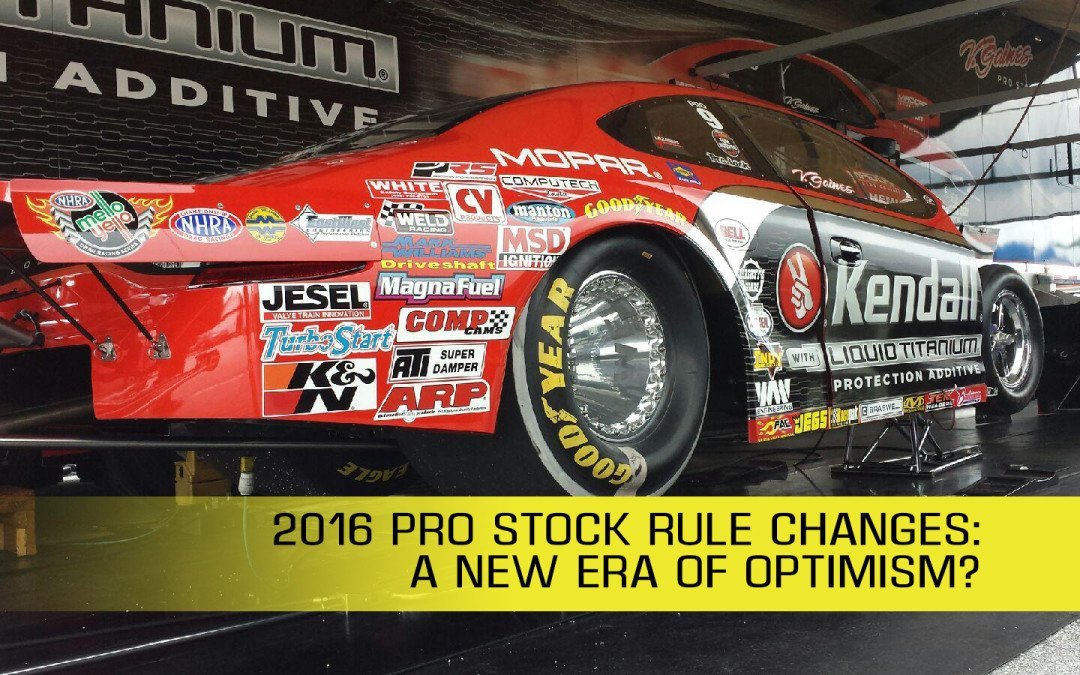 NHRA’s Pro Stock drag racing class is a magnet for those enchanted by naturally aspirated race engines—it’s another name for engineering excellence. Not for them the recipe of forced induction or easier routes to greater power.

Now the 2016 rule changes adopted for Pro Stock will shortly sweep aside several significant long-held traditions in an attempt to modernize the acclaimed 500cu in formula and conserve its resources. So we asked Robbie Giebas of Gibtec Pistons about the state of play so far.

Giebas, who has been at the heart of the game, making racing pistons for Pro Stock engines since 2003 and an early advocate for billet designs, acknowledged that piston work will soon begin. But to get a broader perspective of developments currently being pursued, he directed us to Bob Reinhardt, head of MadCap Racing Engines of Lakewood, Colorado. 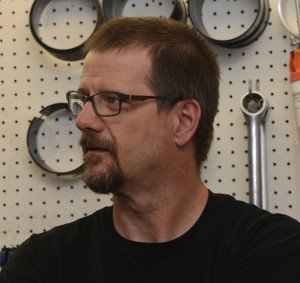 “The principal differences in Pro Stock for 2016 are not difficult to understand,” says Reinhardt, “the carburetors and hood scoop have been abandoned in favor of electronic fuel injection and a less prominent air collection system. Most importantly engine speeds have been reduced to a maximum of 10,500rpm.”

For the longer term health of the division, NHRA’s new rules might save some competitors from themselves. With each passing year, tens of thousands of dollars were spent on testing the latest carburetor tweak and, clearly, next year’s rules will end this expenditure forthwith.

And also, specifying a throttle body, multi-point injectors, ECU, and even the exact location of the injectors in the runners will avert further expensive development. You know how this goes—lured by Formula One technology it’s not beyond the imagination for teams to embark on endless tests with injectors placed inside the plenum and other costly distractions.

Engine speeds reduced to 10,500rpm, presumably introduced to cap some of the spiraling costs, will favor all teams except those with the ability and resources to rev to 11,300rpm and beyond. Will this ultimately reduce costs?

“Initially it probably will, but likely we’ll get back to wrecking parts at 10.5 instead of 11.3,” bridles the laconic Reinhardt! But the lower rpm band will change the configuration of the intake manifold. We’ll see longer runners and probably runner diameters will become a little smaller.”

How is the maximum rev limit monitored?

“The rev limiter data is programmed into the ECU of each Pro Stock car and the NHRA has access to your data as and when necessary.”

Pro Stock intake valves have a minimum weight requirement of 90 grams. Their cost is reportedly exorbitant. What about them?

“Intake valves are not affected by the recent rule changes, so we’ll continue to use them as before. Anyway, the cost of lightweight intake valves is not of great concern. They cost under $400 each and not $800 to $1,000 as sometimes suggested on Internet forums. Though they were fragile initially, they are now as robust and reliable as a regular valve. In fact, I’ve recorded as many as 75 dyno runs with them without failure.”

The Hood scoop—the most outwardly visual change for the class—will be dismissed and replaced by a new, low-level air-entry system at the front of the car, which is provided by K&N. Its aim, presumably, is to strike a resemblance with modern-day passenger cars. What are your concerns with the new air induction?

“The track temperature on a hot day can be as much as 140 degrees and so the air entering just above ground level will be significantly warmer than previously. Heat destroys horsepower by around 1% per 10 degrees. In other words, air that is 40 degrees hotter represents a 4% hp loss.

“Also, the carburetor atomized its air-fuel mixture, which cooled the intake charge. But with the new EFI system, where the injectors are located in the runners of the intake manifold, the air will be considerably warmer.

“Regarding the layout of the new air intake system, it will likely interfere with the current location of the radiator and the fuel tank. We haven’t yet received it, but no doubt alterations will be necessary to accommodate it.

“In addition, the throttle body receives air at its forward opening, which might affect distribution from the plenum to the cylinders. On the other hand it is dry air, which is much more adept at changing direction than the previous wet air-fuel mixture. We’ll see.

“The spec injectors provide greater capacity than we need, however, their additional capacity could accommodate other tuning features. They could work out well as we can play with different timing and phasing.”

And finally, a brief return to the induction matter: Allegedly, former Pro Stock champion Warren Johnson wondered why cowl induction wasn’t adopted, in common with NASCAR Sprint Cup cars. Cowl induction introduces air at the bottom of the windscreen—where the wiper arms attach. Presumably this formula would have avoided the hotter intake temperatures now anticipated. That said, you might recall that Pro Stock trucks used a lowly mounted air collection system too. No doubt all will become clear in due course. 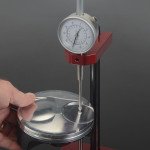