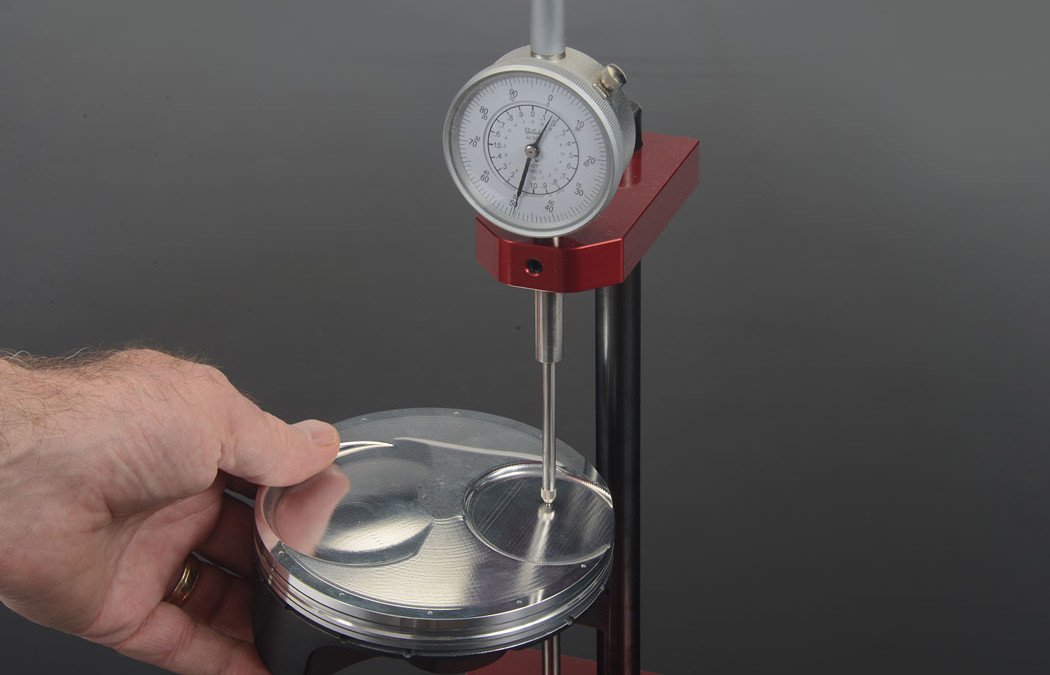 The most valuable currency of the race piston maker and also of the race engine builder is his reputation. Daily, they work around potentially destructive forces and know well the fine line between an engineering triumph and disaster.

Piston-crown thickness troubles usually strike from one of two causes: error during manufacture or subsequent ill-advised power increases beyond the piston’s capacity. 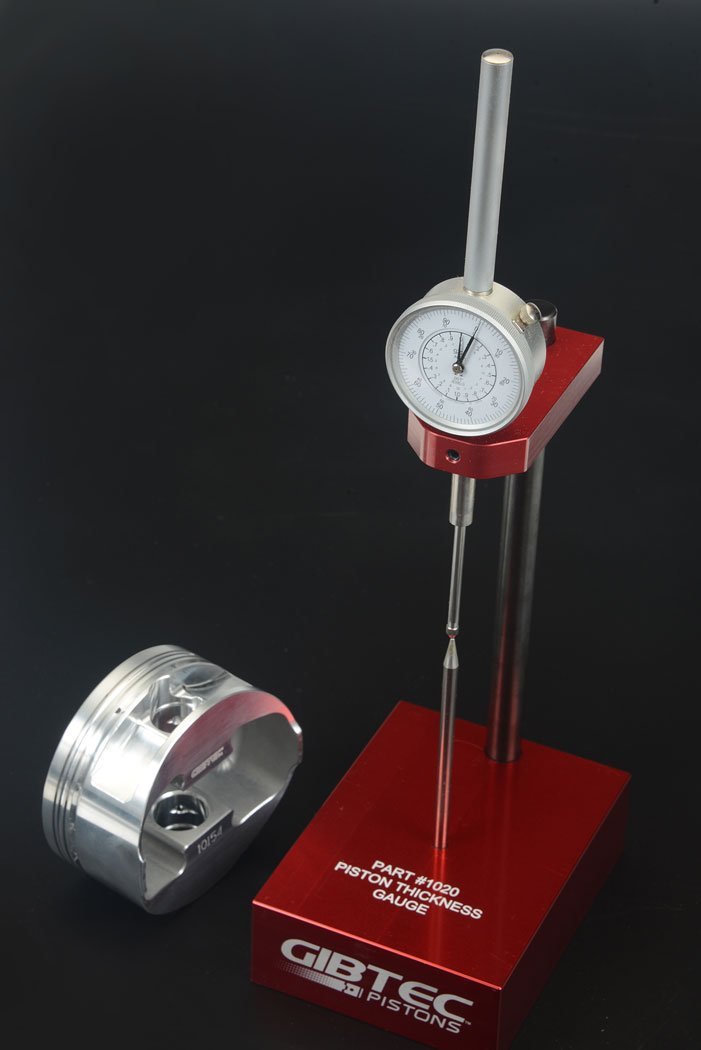 Here’s a new instrument that might inspire confidence. Introduced by Gibtec Pistons, it’s a piston crown checker, which allows engine builders to verify the piston crown thickness, the thickness under the valve pockets and it accomplishes the task in seconds.

Built on a solid 6061 aluminum base, it features a black anodized 5/8in diameter steel post on which is mounted an upper plate that supports a dial gauge that is calibrated in one thousandth of an inch. The lower pointer projecting upward from the base is made of stainless steel.

Typically, piston crown thicknesses for naturally aspirated engines and power-adder engines measure 0.150 to 0.180in and 0.200 and 0.250in respectively.

Occasionally, piston-design engineers mistakenly adopt a wrong ‘start’ dimension, potentially troublesome around the valve pockets. Or if an error is made during the machining process, new pistons can be impaired by weak crowns, which, obviously, can have serious implications. One hopes the manufacturer’s programming calculations are correct, but it’s impossible to tell precisely unless the finished piston is checked. It may sound bewildering, but it is quite possible for one piston in a set of eight to suffer insufficient crown thickness.

Aluminum racing pistons are remarkably resilient in how they withstand the forces and pressures of their environment. But if subjected to excessive heat, they can also be quite fragile. What if a racer initially plans to introduce 200hp shots of nitrous but is later tempted to double or even triple the charge? Tensions within the piston might smolder for a while but eventually they’ll erupt. Holed pistons tend to temper the mood and, therefore, it is best to check all new pistons before installation.

Background: Rob Giebas, founder of Gibtec Pistons, has demonstrated a prolific influence in racing piston design and production in a career that stretches over 25 years. 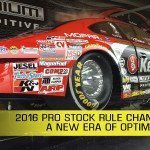