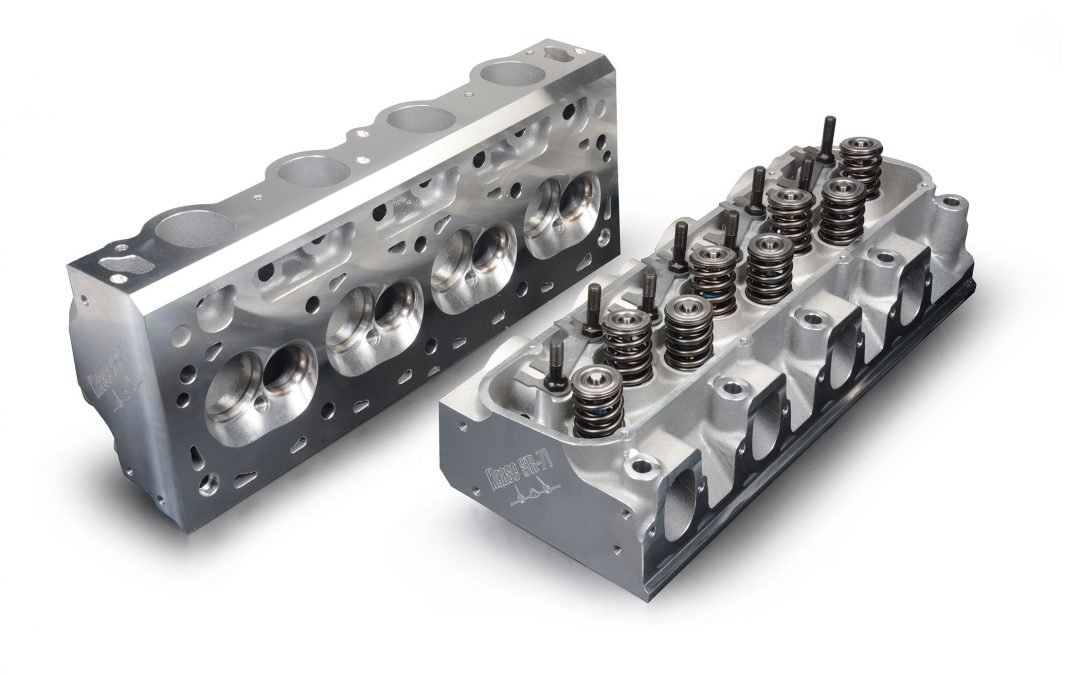 Jon Kaase’s career as an engineer and engine tuner has a depth few contemporaries have achieved. On Monday, October 15, he celebrated his sixty-sixth birthday, and a few days earlier, he won his ninth award at the Engine Masters Challenge in Cleveland, Ohio. He felt privileged to have a chance to compete again and grateful for the new-found enthusiasm for the contest. More recently, he introduced a new big-block Ford cylinder head, the SR-71, his first in 10 years. 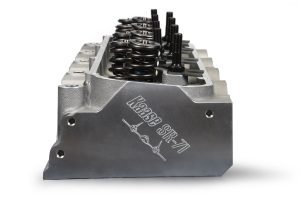 Extensive dynamometer tests have demonstrated average gains of 50hp and similar peak gains over best existing cylinder heads. In addition, the usable engine speed range is increased by a minimum of 500rpm. Kaase assures that the SR-71 heads will fit the conventional engine bay, and when installed on a maximum-effort 598cid engine, will produce over 1100hp and rev to 8,000rpm. 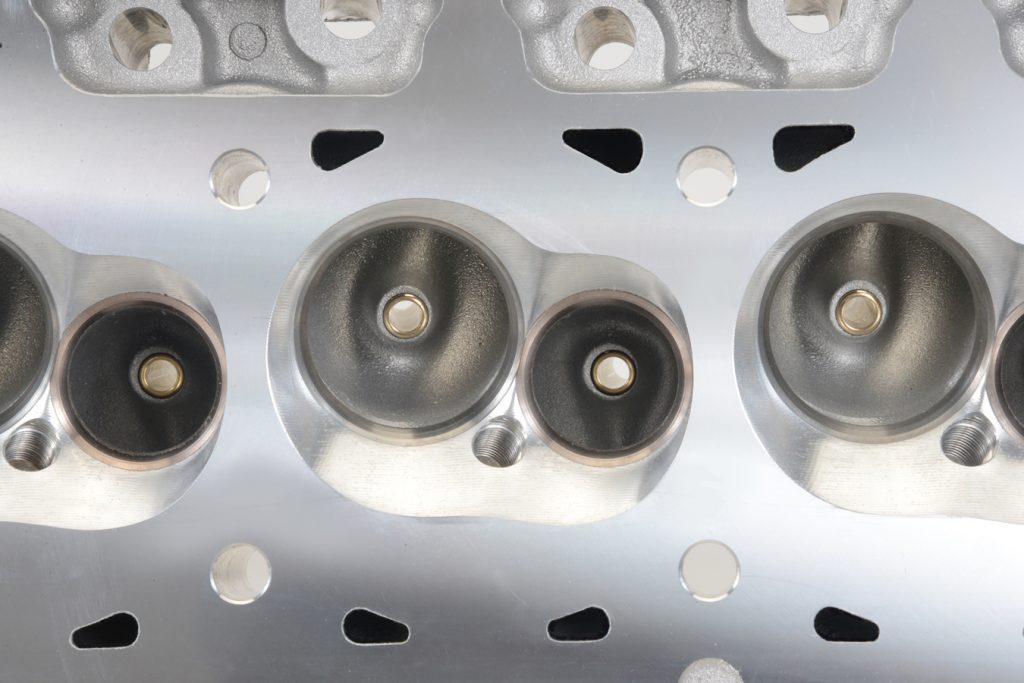 The SR-71’s intake and exhaust bowls are deeper than stock, 0.450in and 0.250in respectively. In addition, the intake and exhaust short-turn cross-sections—known as windows—are considerably larger than stock. Kaase refers to the porting system “Ported as Cast”, which means the ports are shaped and sized to their best known contours. “We’ve done our utmost to reduce the bother of further porting,” he explains, “and deeper bowls combined with easier flow around gentle short turns have improved high-rpm performance.” 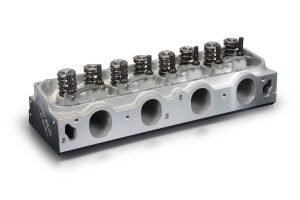 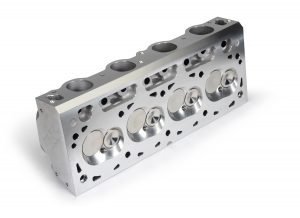 The intake and exhaust valves are of stainless steel, measuring 2.375in and 1.760in respectively, with valve shapes designed for maximum flow. Also worth noting, these new cylinder heads have adopted stronger rocker-stud bosses. Similarly, high quality CHE bronze guides are employed, and the valve seats are of a unique alloy from Durabond. The CNC-machined combustion chambers provide a capacity of 70cc. 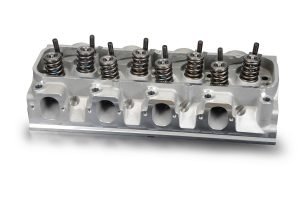 Another factor that might catch the attention of the astute observer is the centrally located spark plug position. Convenient though less visible is the revised mounting position of the valve cover, which is slightly modified to provide more exhaust spring clearance.

Finally, Kaase Racing Engines will again display their wares at this year’s PRI exhibition in Indianapolis, Dec 6-8 at booth 2233, and earlier in the week, Jon will address the AETC conference. 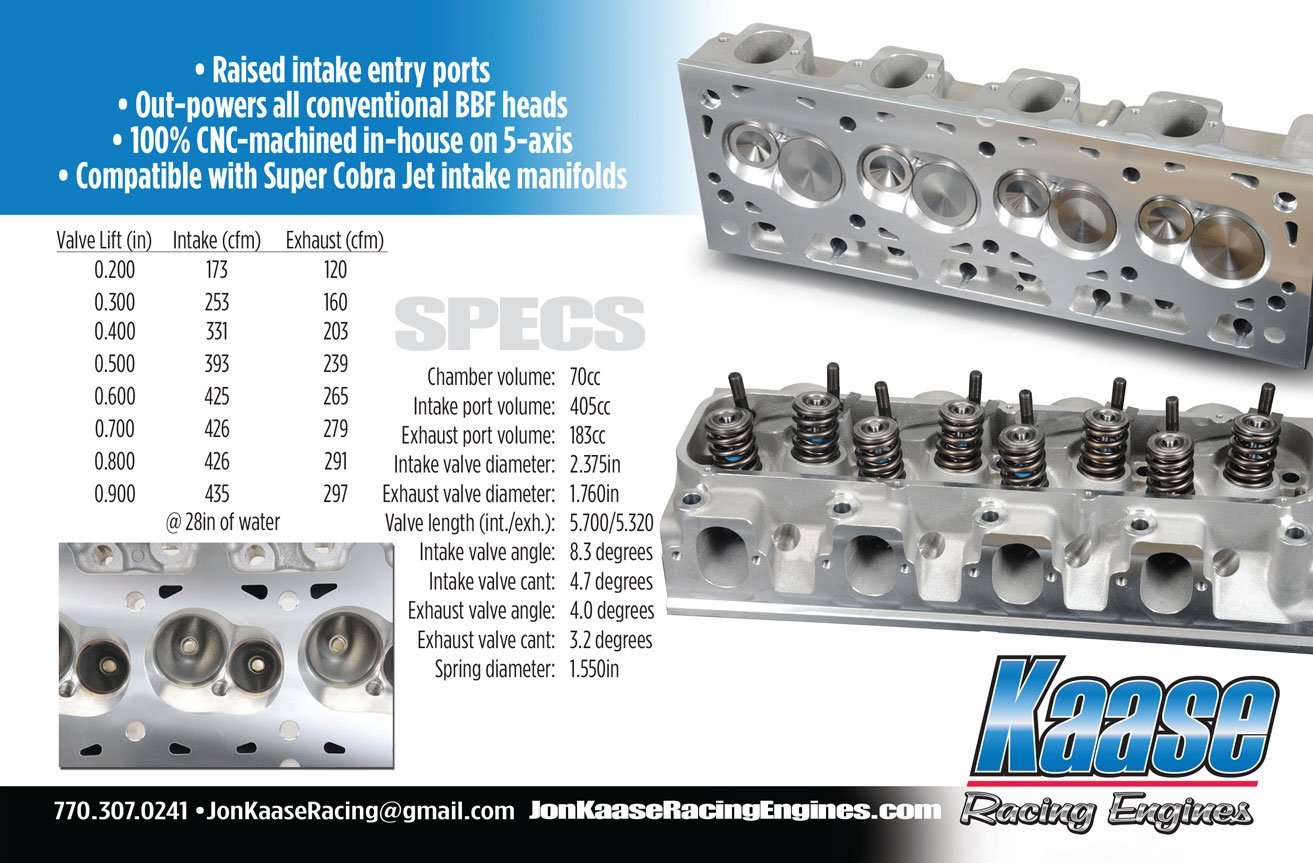