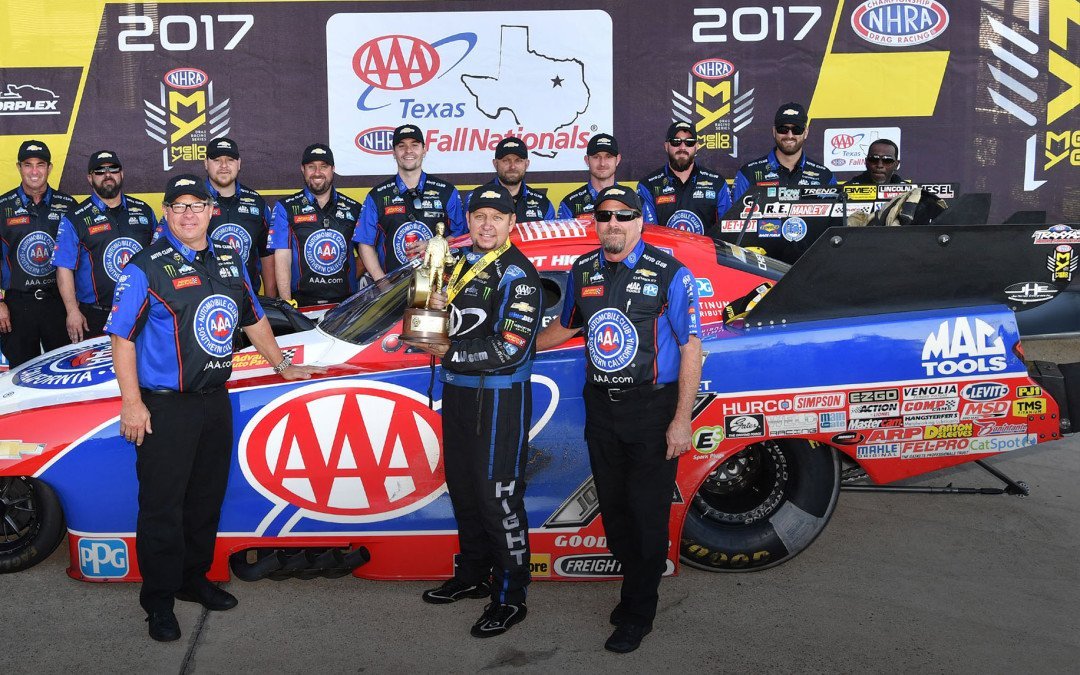 At the lower rear corner of the rear wing of 2017 Funny Car National Champion, Robert Hight, a decal displays three letters: JHE, an abbreviation of Joe Hornick Enterprises. Hight won this year’s national championship at Pomona, Calif., and JHE, based in Mooresville, North Carolina, assisted them with technical know-how throughout the year. 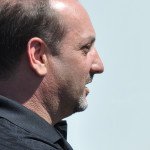 Since the beginning of this century, Hornick has been the hidden hand in a long series of racing successes. His business model is entirely his own: he offers his company’s complete services to just one racer in each category.

Their complete service is an interesting proposition. JHE uses a test pool that serves to advance research and development in race engines with similar characteristics. Let’s say they have four customers running blown alcohol engines in four different racing categories—a blown alcohol pulling tractor, Pro Mod, Top Alcohol Dragster and Top Alcohol Funny Car. In the test pool program, each engine runs different components or systems and, in so doing, each race team shares a quarter of the R&D costs and receives the cumulative results from all four.

“When first starting out and working long hours,” recalls Ernie Elliott, renowned NASCAR race engine tuner, “I used to think if I could find an answer to a particular question, I could do so much more.” Two decades passed before finding a resource. Then just before Elliott retired from the sport, he began collaborating with Joe Hornick. “I worked with Joe for five or six years, and I learned from him, mostly through observation.”

Forum contributors often cite legitimate claim that Hornick has been the greatest influence in the improvements of NHRA Pro Stock engines since the early part of this century. Indeed, proof isn’t difficult to find. He delivered the power that brought Pro Stock supremacy to KB Racing during four successive years, three championships with Greg Anderson in 2003, ‘04, and ’05 and one with Jason Line in 2006.

For most racing followers, his time at KB Racing is probably the most memorable. Although Greg Anderson was responsible for its origins, it was Hornick that built it—the functioning workshop, the equipment, the dynamometer, he even hired the staff. But most importantly he shocked the Pro Stock world with unmatched engine power for the time. The astonishing success is still remembered today but, for him, toward the end of his tenure the manner of his departure will be remembered more painfully. The relationship was not to last, a subject that is plainly still unsettling.

But c’est la vie, as they say – that’s life – the journey had not been in vain. He switched to Cagnazzi Racing to empower Jeg Coughlin. From these efforts came a further two Pro Stock championships in 2007 and ‘08. Prior to these, he helped steer Joe Gibbs Racing to three NASCAR titles. More recently, two consecutive NHRA national championships were won when he joined forces with Norm Grimes, crew chief of Jim Whiteley’s Top Alcohol Dragster. 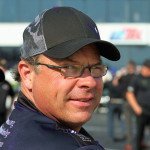 Several years ago Jimmy Prock, crew chief to John Force Racing’s Robert Hight, bought a Midget racecar for his son, Austin, but soon realized the car, particularly the engine, was well worn—no grounds to suggest it might succeed. “That’s when I first met Joe,” says Jimmy. “He brought it to life with better parts that lasted longer. Today, that’s what he does for our Funny Car program.”

But how does one acquire these skills? They often come through failure, failure, partial success, more failure, and ultimately complete success. Again and again, those involved in research are compensated by success only after they’ve been in a seemingly irreversible downhill slide, navigating between shadow and light.

These are often the inconvenient facts: “In research work,” says Joe, “you might fail fourteen times before making a gain. But by those failures you learn what not to do and, crucially, you need to retain your enthusiasm throughout.” WD40, the ubiquitious penetrating, water-repelling lubricant, succeeded only after 39 defeats.

A native of Madison, Minnesota, when Joe Hornick arrived in the South over two decades ago, he gained a reputation as a fabulous virtuoso in race engine preparation. The reputation was supported by the successes of the race teams he joined; he was an enterprise unto himself. 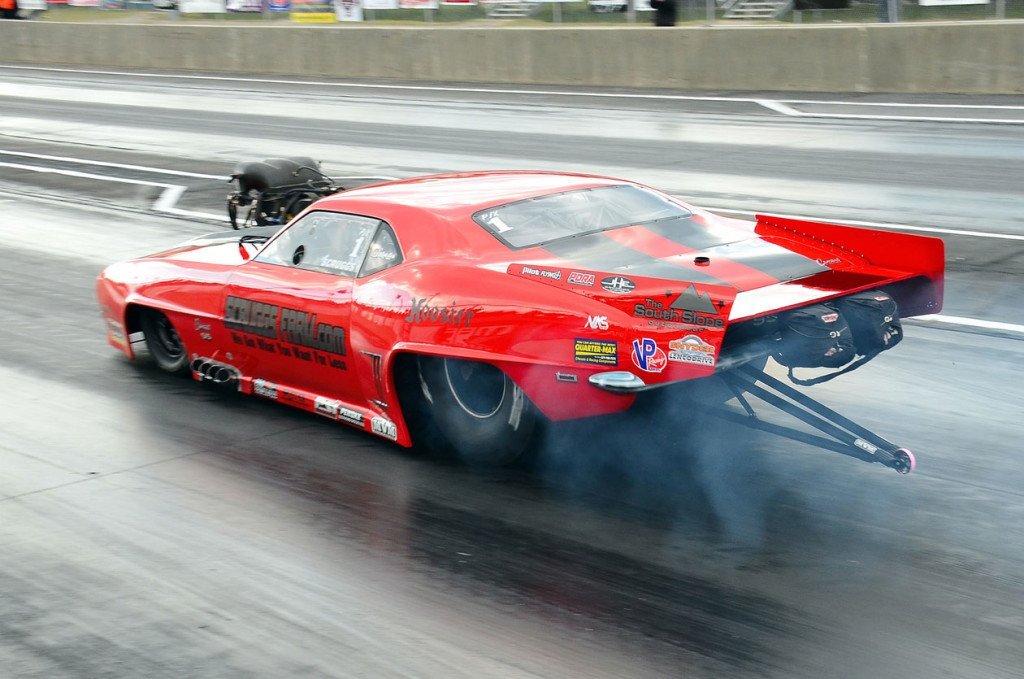 Hornick is a deeply reflective interpreter. He listens, he learns. “Most racers want to flourish,” he says; “they want to be propelled to prominence.” Jason Scruggs, Rick Jackson and Norm Grimes are three such candidates. Sometimes, the latter two contest the title in fields of 30 cars or more. All three carry the promise of victory.

Rick Jackson, who runs John Lombardo Jr. in his Top Alcohol Funny Car, admits that he’s been on a far firmer footing since first contacting Joe five years ago with valve gear concerns.

Hornick’s attitude toward the race car, particularly the race engine, is very serious. Says Norm Grimes, “If there is vulnerability, he rarely shows it. He uses a fine-grained analysis, pruning away until he arrives at the solution to the problem.”

Nevertheless, his engineering knowledge was greatly reinforced by immersing himself each year in thousands of hours of testing (dynamometer and Spintron and track). Mind you, heading a Cup team with an annual multi-million dollar research budget can be the ideal vehicle for any ambitious spirit that wants to make an indelible mark in racing. Yet, for Joe Hornick and his innate thirst for knowledge it presented a much more compelling option: an opportunity to learn more. An inveterate observer and questioner, he is constantly seeking and sifting information.

Of course anything can happen over the course of a racing season. “Things go wrong,” explains Richie Gilmor of Earnhardt Childress Racing, “but no matter how bleak things look, Joe’s presence tends to bring an expectation that all problems have their solutions and he’ll find them.” 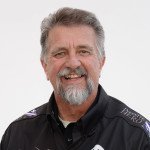 “In my community—that is in professional drag racing,” says John Medlen, “I noticed that he’d tackle anything, from top professional teams to off-the beaten-path teams—he’d even hop on board with obscure racers trying their best to succeed, so long as they didn’t compete with his regular racing clients. That’s when I got to know him.”

Moreover, it’s easy to become indoctrinated by your own dogma—your own beliefs. NHRA Pro Stock Motorcycle multi-time champion George Bryce once said that Joe was the central figure of every Pro Stock team you ever cared about that suddenly experienced an upturn in performance.

The old phrase, “there is no stupid question” is not one Joe Hornick readily accepts. “A stupid question,” he says, “is one that has had no forethought before being asked. I appreciate those who try to think through the problem for themselves before asking the question, rather than idly posing it.” Of course this salutary reminder applies to most of us; it evokes that marvelous quote by E.M. Forster: “Spoon feeding in the long run teaches us nothing but the shape of the spoon.”

Yet, for the serious-minded who need help in becoming more competitive or maintaining their presence at the winning edge, Hornick has demonstrated repeatedly you are stronger together by having access to someone who can determine the critical factors that bring a successful solution to a given problem. 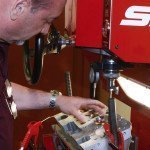