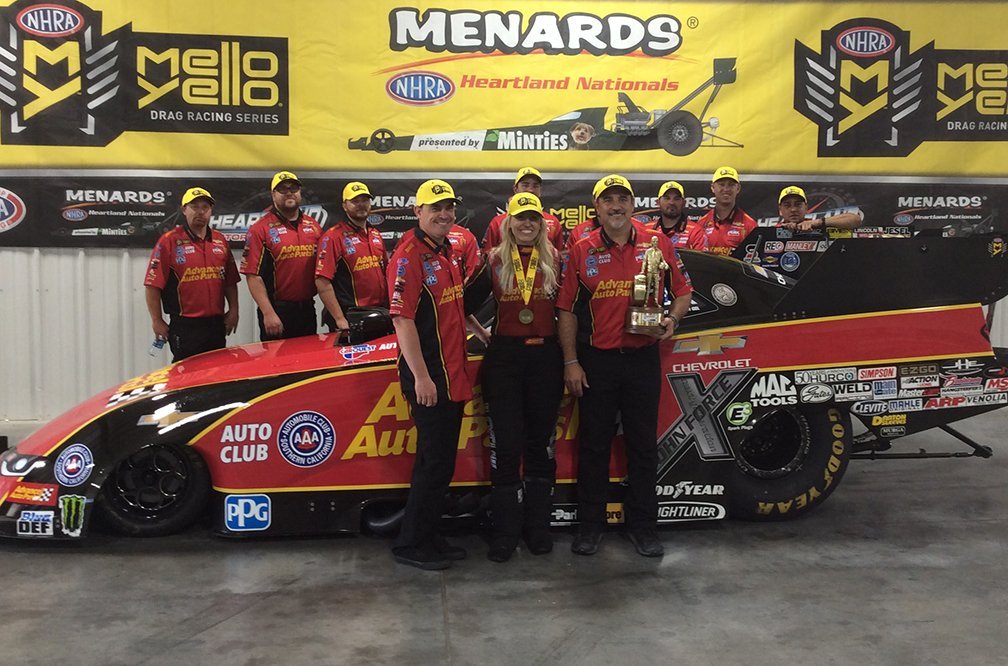 Poor weather postponed track activity until 7:00 p.m. on Sunday, resulting in only two rounds of eliminations for Top Fuel and Funny Car, and one round for Pro Stock. 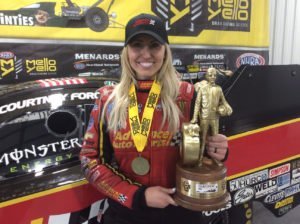 Courtney Force snatched Topeka dominance by powering her Advance Auto Parts Chevrolet Camaro to a pass of 3.928-seconds at 329.83 mph to defeat defending national champion and teammate Robert Hight in the final round. Number 1 qualifier for the event, Force seized her third win of the season and 11th of her career.

Hight, who struggled throughout qualifying and consequently landing in 14th spot, pedaled his way through the first round, defeating Cruz Pedregon. In round two, he raced to a fine 3.924-second pass at 330.23mph. Then, during Monday’s semifinal round, he recorded a 3.911 pass at 330.55mph, setting fastest lap of the event and simultaneously defeating Shawn Langdon.

In the final, Hight was obliged to concede lane choice to his teammate and smoked the tires towards the finish line of the trickier right lane. He ended his racing weekend with a 4.087 pass at 265.90mph. It was his third finals appearance of the season and 26th of his career. 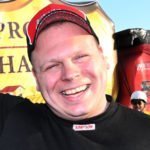 So far this year, Shawn Cowie has claimed three Top Alcohol Dragster victories: the NHRA national at Pomona (the 2018 opening round), a second national-event win at Topeka, and between them a regional victory at Phoenix. Cowie’s career final round statistics read 11-7 (seven wins in eleven final rounds).

At Topeka, after qualifying second, Cowie not only secured the win from Monroe Guest by about 16 feet but also scored the quickest and fastest TAD aggregate of the event (lowest Elapsed Time and highest top speed).