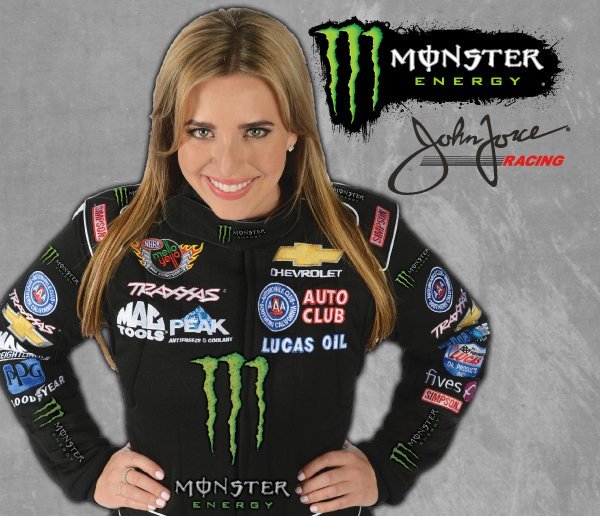 Oh how they scoffed when John Force indicated he’d personally fund the running of some of his own team cars this year in the NHRA’s Mello Yello Drag Racing Series. Of all the noises known to man, car racing is the most expensive and they were fearful he was getting onto the slippery slope!

Well, Wednesday afternoon’s announcement of new major sponsorship for Brittany Force’s Top Fuel efforts in the form of drinks heavyweight Monster Energy put an end to all of that. Unveiling the program’s significance is scheduled today, Friday May 15, at 12:30pm at the Atlanta Dragway.

Mitch Covington, Monster VP of Sports Marketing:  “Monster’s marketing is built on three things mainly: that’s racing, music and girls. We think that fits great with drag racing. We’re just super excited to be back in this sport.

As to how we got in with John Force Racing, you guys all know John Force is one hell of a salesman. I actually met him at a wedding party. This dude chased me down the whole time. But I got news for everybody. John Force didn’t sell this deal, it was his daughter Brittany and his other daughter Courtney.”