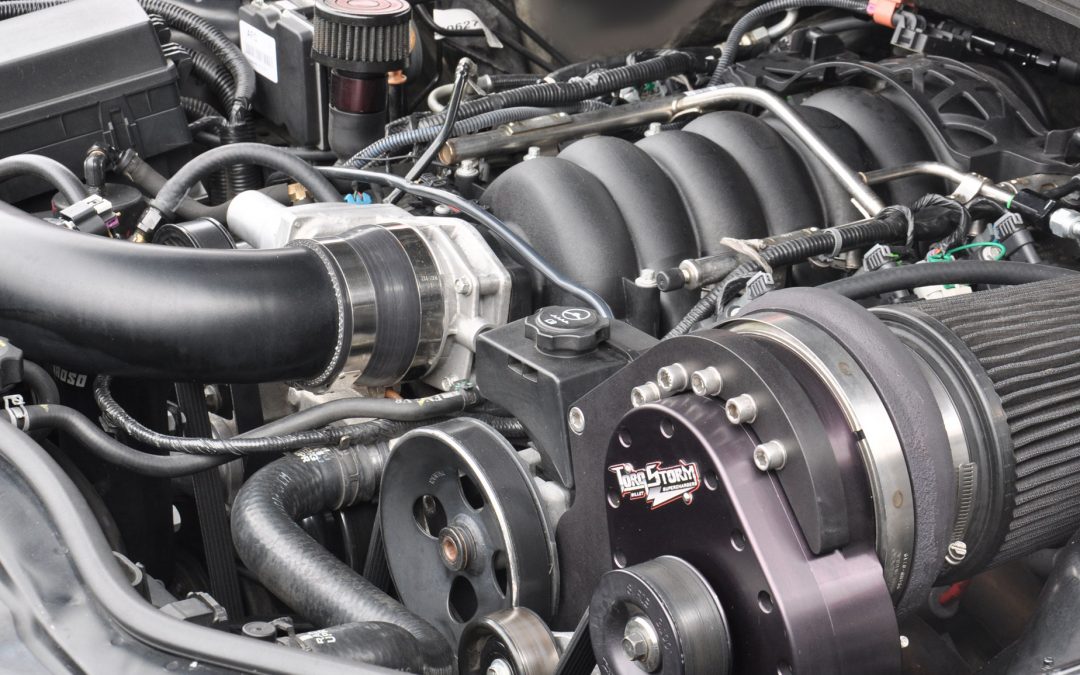 If larger injectors are installed—that is, injectors with a greater flow rate—an engine tuning shop is usually required to re-tune the map—the fuel curve—to achieve the correct air-fuel ratio. To acquire a safer tune in a supercharged engine, where cylinder heat increases with boost, tuning shops will often adjust the air-fuel ratio to 12.0:1 at full throttle as opposed to around 12.8:1 on a naturally aspirated engine. In cruising conditions, air-fuel ratios will remain at 14.7:1. The best way to give maintenance to your carburetor is by doing an ultrasonic carburettor cleaning.

The size of the injector limits the amount of horsepower generated, and calculations are used to decide the appropriate injector for desired maximum rpm and horsepower. They are calculated in pounds-per-hour of fuel dispersed. For example, 25lbs-per-hr is sufficient to support 350hp; 45lbs-per-hr is sufficient for 500hp and so on. Here is a table with more particulars:

Horsepower is measured at crankshaft.

Earlier fuel injected engines commonly employ 42psi of pressure at the tip of their fuel injectors and later models 60psi. Rob Walden of LWA in Doraville near Atlanta, Georgia, a tuning shop specializing with GM vehicles, says that most of the 42lb systems were originally equipped with a fuel return-to-tank regulator arrangement. So, replacing the atmospheric-style fuel return regulator with a boost-reference regulator is usually the most convenient option when adding boost. In so doing, you retain the 42psi of fuel pressure. “You still have to tune it, though,” Walden reminds us. “Adding a new boost-reference system won’t automatically adopt correct air-fuel ratios unaided”.

In contrast, the later LS engines use a higher pressure system, 60psi, and equally noteworthy reject the former return-fuel-to-tank system—employing instead an in-tank pump designed with a localized return system that circulates fuel in the tank. Using injectors with increased flow rate (lbs./hr.) compensate for modest amounts of added boost, even up to 12psi. On the other hand, if a 40psi injection system encountered similar boost, the injectors would be unable to perform properly. Lower pressure injectors are diminished when spraying under 40psi of fuel pressure.

If boost pressure exceeds 10psi, adding a booster pump to a 60lb fuel injection system is a popular option. Acting like a boost-reference regulator, as boost intensifies, the booster pump generates more fuel pressure and flow. Its augmented fuel delivery is triggered by an increase in voltage output (16, 18, 20 volts). Higher voltage spins the pump faster. But if boost exceeds the capacity of the booster pump, then the installation of a larger pump in the tank and a boost-reference, return-style regulator is probably the next option.

Boost referencing is even more important with fuel injected engines. With its blow-through carbureted counterpart, assuming the float bowls remain full, the carburetor’s metering circuits determine the fuel flow. With fuel injection, the flow from the injectors is directly dependent upon the fuel pressure they encounter. If the injectors are discharging into a port that has boost, injector flow will be decreased because the boost in the port has to be overpowered by the fuel pressure. So the system is boost-referenced, which means that as the boost increases so, too, does the fuel pump pressure—thus the pump’s volume maintains pace with the engine’s demand at a corresponding rate.

In-tank fuel pumps: Similar to carbureted engines, the advantage of the in-tank fuel pump is durability because it is submerged in cool fuel. Also, it is much easier to push fuel than to pull fuel. The disadvantage of the in-tank fuel pump, especially with high performance vehicles, is that if the fuel level in the tank is low, the fuel becomes warm because the pump is warm and the desired cooling effect is lost. Best practice is not to allow fuel level to fall below half tank or avoid driving with low fuel.