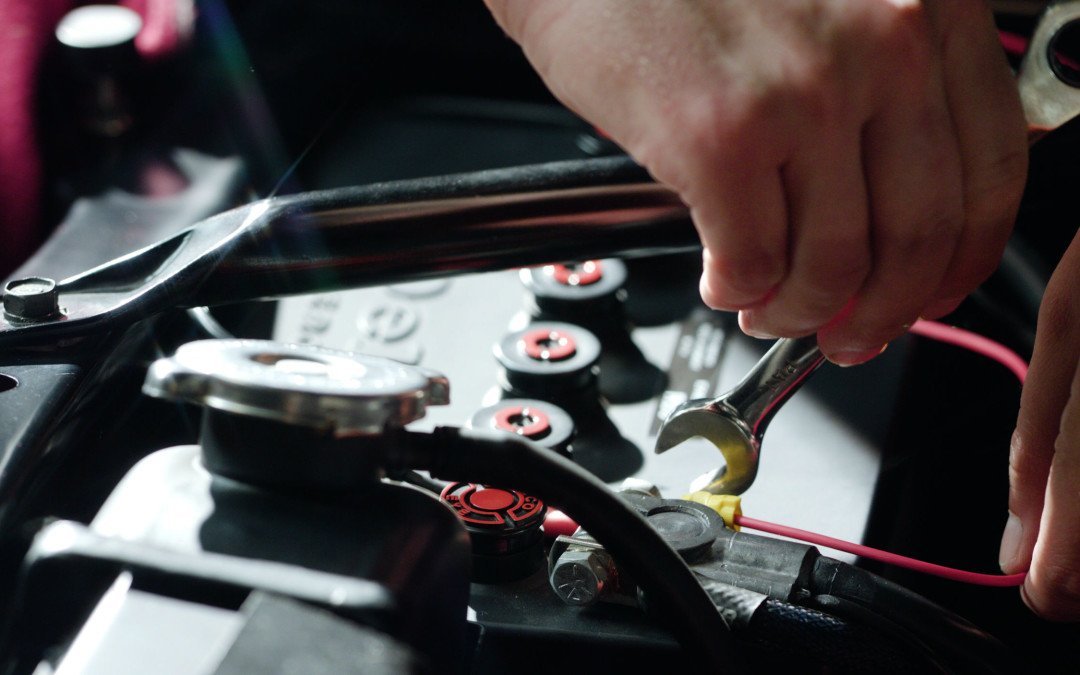 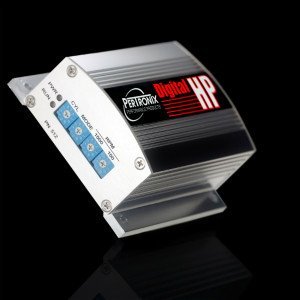 A CD ignition system receives battery voltage, increases it, stores it and then discharges it to the coil.

Designed to operate with a single-coil distributed spark, which includes most carbureted drag racing applications, it’s reputed to be smaller in size than any CD device with similar features. Of greater significance, it is more energy-dense, maintaining multiple spark activity from idle to 7,000rpm as well as generating greater sparking power.

There are two common types of ignition systems: capacitive and inductive. The coil is supplied power by one or the other. Inductive, which is still the most common and employed on most road-going passenger cars, charges the coil with 14.6 volts and discharges between 200-300 volts into the coil’s secondary windings.

Inductive systems are any of those ignition systems that do not have a capacitor energizing the coil. Inductive systems have power applied to the coil for a period of time but their electro-magnetic principals are the limiting factors as to how quickly the coil charges and how much energy it discharges. Properly seen, the standard inductive ignition system is designed to start vehicles in all climatic conditions, including those operating in temperatures of 20 degrees F. below zero rather than supporting vehicles with high compression ratios or high horsepower or high rpm.

Capacitive ignition systems on the other hand are developed for high performance and racing vehicles, which operate at high RPM and generate higher cylinder pressures. Higher cylinder pressures mean the spark plug gap is harder to jump. Also, as engine speed increases the time to create energy decreases—the firing events occur so much faster. In both cases, capacitive discharge technology outperforms inductance. 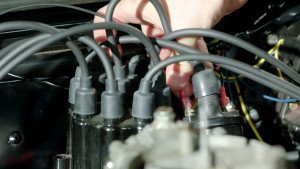 From the coil the energy is transferred to the distributor, which directs it to each spark plug.

A storage device, the CD ignition system receives battery voltage, intensifies it, stores it and then discharges it to the coil. From the coil the energy is transferred to the distributor, which directs it to each spark plug. This huge acquisition of energy stored in the capacitor is generated by a DC to DC Step-up transformer, which resides in the CD box. And like a toilet tank when flushed, it produces lots of volume and pressure.

“CD is about the intensity of the spark,” says PerTronix’s Garrett Weaver. “Naturally aspirated high compression engines as well as turbo, supercharged or nitrous engines have much higher cylinder pressure and need more spark energy to combat those conditions. This is why most racers tend to gravitate to CD over inductance systems.”

In addition to spark energy, having an effective multiple spark function is a vital feature in the design of any modern CD ignition system. The challenge is to charge the capacitor and transfer the energy to the coil very rapidly at high engine revolutions. Multi-strike sparking from idle to 3,000rpm has been the standard for some time. But in 2017, the California-based exhaust and ignition specialists PerTronix’s announced a new capacitive discharge innovation that not only charges the coil with 530 volts but also extends multi-strike to 7,000rpm. It’s called Digital HP. 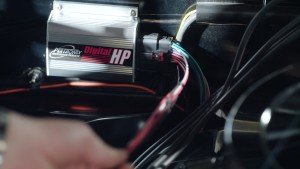 For several years, PerTronix in common with their CD ignition rivals battled with the time limitations associated with charging and discharging the capacitors above 3,000rpm.  However, they made a breakthrough when developing a new algorithm and circuitry that proved successful in generating multiple sparks up to 7,000rpm.

“It’s a satisfying development,” said Weaver, “because the multiple sparks function is perceived by most racers as a more powerful, more reliable spark for high compression and high performance applications.”

How it was achieved we know not—nor should we for that’s the way investment in research and development works. Those who invest the effort should receive the reward.

Nonetheless, Garrett Weaver does reveal: “We’ve succeeded in sparking two more times within the same 20 degrees of crankshaft rotation and it is this that has given us the ability to deliver multiple sparks to 7,000rpm.”

Beyond this, the true scale of the achievement can be better appreciated when you consider the integration of a three-step rev limiter, RPM-triggered output and adjustable start retard, among other provisions.

The built-in three-step rev limiter, firstly protects the engine from fatal over-revving, secondly, limits maximum engine revolutions during launch as well as during the burn-out procedure.

The RPM-triggered output is designed to accurately control shift lights, solenoids, and other RPM devices.

Lastly, the system’s start-retard provision promotes easier starting for high compression and hard-to-start engines. It allows the ignition timing to be retarded during starting and then advanced to its most effective setting, instead of cranking it at full timing. Engine builder Greg Brown of Hammerhead Performance Engines says, “The more compression you have, the harder it is on parts. I’ve seen them kick back so violently they almost broke the starter motor off the engine. Most racing engines with higher compression have the distributor locked. So you don’t have the option of cranking the engine at, say 25 degrees before TDC and then returning it to it optimum setting . On high compression engines it’s very important to have start-retard function.”