How to Become an Indispensable Clutch Man 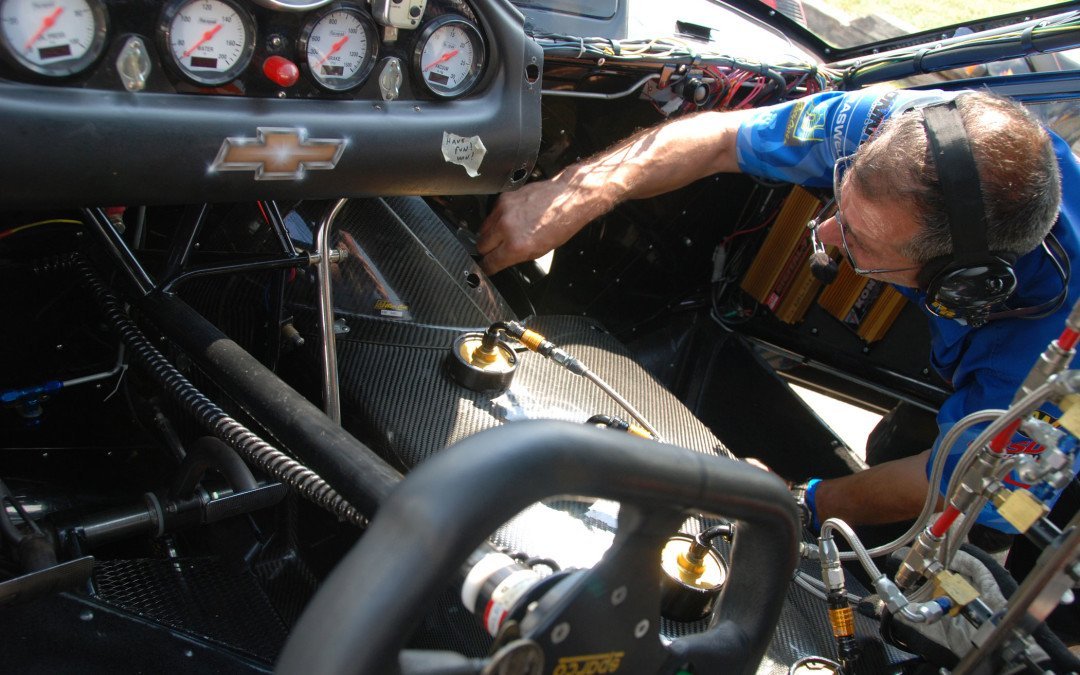 It’s no secret that the modern day racing clutch has morphed into a pretty significant piece of engineering. Of course, all that became possible thanks to evolution. In short, constant increases in horsepower, ongoing trends in tire technology, nitrous oxide developments, better superchargers, and that all-important “need for speed” are responsible for wholesale changes in clutch design and application. Single-disc street-type clutches gave way to multiple-disc units, while at the same time clutch facing (or friction) materials went through a whole series of upgrades and changes over the years. You know the story – nothing stays the same in life. We thought it would be interesting to shed some light on just how these clutches operate in the intense arena of PDRA competition – namely, in the highly competitive world of Pro Nitrous and Extreme Pro Stock. In order to do that, we contacted the pros at Ram Clutches, based in Columbia, South Carolina., which seems to be the clutch of choice for many of today’s top racers. Intriguingly, most of these eighth-mile PDRA Pro Stock cars also compete in the MMPSA (Mountain Motor Pro Stock Association) championship, which run twice the distance with little or no changes to their specifications. Similarly eighth-mile PDRA Pro Nitrous cars regularly compete in quarter-mile NHRA Pro Mod events. These clutch assemblies have two adjustments that the crew chief can use in setting up the car. The base pressure (also known as static pressure) is a fixed pressure—a constant pressure on the clutch springs—and is adjusted by an Allen-head screw on top of each spring. The centrifugal pressure (or counterweight) is applied by the weight of a series of small bolts, nuts, and one-gram washers mounted on the clutch fingers. These Pro Nitrous and Extreme Pro Stock cars leave the starting line at around 5,000 rpm. As the engine rpm increases to the shift point (typically around 8,000 rpm), the centrifugal force increases the clutch’s clamping pressure, thereby allowing the clutch to carry the load placed on it with each subsequent gear change.

The clutch disc friction material is constructed of sintered iron. This sintered product consists of a powdered mix of several different metals. It is placed onto a steel carrier and then baked in a furnace, which bonds it to the carrier. These sintered iron materials were first used in the 1960s in Top Fuel and Funny Car applications. At that time, Pro Stock cars were still using an organic friction material, similar to that used in street cars, though with beefed-up pressure plates. Pro Stock later progressed to metallic friction discs and later to carbon fiber materials before finally switching over to the sintered iron discs in the late ‘80s and early ‘90s. Unlike earlier friction materials that distorted and became unstable due to clutch slippage, the sintered iron material used today is designed to wear the friction material with minimal damage to the mating surfaces of the pressure plate and flywheel. Other than superficial discoloration, today’s sintered materials remain flat and stable, allowing them to be trued and resurfaced by removing only a few thousandths of an inch of material. Friction discs generally have a life span of approximately 20 runs in these applications. Like many other components in drag racing, the clutch assembly is serviced after every run. The pressure plate, clutch discs, and floater plate(s) are removed and resurfaced. The pressure plate and floater(s) are trued using either a flywheel grinder or belt sander, while the clutch discs are trued with a diamond-tipped cutter run across the face of the disc. John Montecalvo, the 2009 IHRA Pro Stock champion says, “We try to eliminate one variable by preparing the Ram clutch assembly to the same condition each time. Therefore we can turn our focus to the other tuning factors like the weather and track conditions.”

In choosing a starting point at a PDRA event, crew chiefs review data from past runs, comparing different setups for similar weather and track conditions. The crew chief will normally start by correcting the run to sea level conditions, in order to evaluate the performance relative to previous passes. Since running at sea level conditions is rare, using the prescribed correction factor gives the team a baseline to work from. Knowing ahead of time what the expected atmospheric conditions are along with the anticipated track condition and surface temperature, allows the crew chief to make the calculations necessary for selecting the rear-end gear ratio, transmission gear ratio, and tire size. Once the gearing is selected the necessary base pressure and centrifugal weight on the clutch’s pressure plate can be determined to control the engine’s acceleration and provide optimum traction for the race car.

Atmospheric conditions are determined by the temperature, humidity, and barometric pressure. These conditions are then converted into a density altitude reading (x – number of feet above sea level) and a correction factor. The correction factor is expressed based on a numeric value of 1.000 for ideal sea level conditions. As the correction factor becomes worse, lower gearing will be required (that is gearing with a higher numerical value) to accelerate the car due to the engine producing less horsepower. When the gearing increases numerically (say from a first gear ratio of 2.30:1 to a 2.40:1), less clutch pressure is required to clamp the pressure plate. Conversely, when you drop down in gear ratio, to say a 2.20:1 first gear, more clutch pressure is required. Understanding the weather and how it affects the engine horsepower is extremely important. Extreme Pro Stock engines make 1,900 horsepower, but those numbers change by approximately 10 horsepower for every tenth of change (or difference) in barometer. For example, if the barometric reading falls from 30.0 to 29.0, you will lose around 100 horsepower. But because the chassis and gearing are so sensitive and respond to tuning immediately, it is critical that adjustments are made to changes of as little as 10-or-15 horsepower. Track temperature is the other variable that must be considered when determining how much clutch pressure (base and centrifugal) will be required. As the track temperature increases, the coefficient of friction between the tire and the track surface deteriorates; which means less clutch pressure will be needed. Track temperature is also the final variable that a crew chief will evaluate, in order to select the starting line launch RPM. As the temperature of the track surface increases, it becomes necessary to decrease the launch RPM, as the hotter asphalt makes it easier to spin the tire. Three final adjustments can be made at the last minute: to the clutch base pressure, to the clutch centrifugal pressure (counterweights), and to the wheelie bar settings. As the driver buckles into the race car, an inspection window on the upper right side of the bellhousing allows crew members access to make final changes to the base pressure and to the counterweight on the clutch. If the sun goes in (or out), you will often find crew chiefs diving into the passenger side of these Pro Nitrous and Extreme Pro Stock cars to make these final adjustments, which could ultimately make or break a final qualifying attempt or elimination round. Crew chiefs spend a great deal of time sorting through computer data trying to optimize the initial tire spin off the starting line, and after the burnout you will often see them make an adjustment to the launch RPM. The third and final adjustment is to the wheelie bars just before the driver stages the car. The function of the wheelie bars is to break the initial traction of the tire generating spin (tire speed) off the starting line. As conditions become warmer (or as they deteriorate), the wheelie bars may be raised slightly, to compensate for the reduced traction available. All three of these final adjustments are based on immediate track readings, as well as the performance of the cars that ran before them. Once a run is complete, crew chiefs then analyze and scrutinize the data from the onboard computer. The crew chief will normally start by correcting the run to sea level conditions, in order to evaluate the performance, relative to previous passes giving the team a baseline to work from. The run will then be reviewed to evaluate the gearing, clutch pressures (base and centrifugal), chassis setup, and engine tune-up, along with the driver’s performance. Bringing all these elements together is what produces a winning performance.

Having several different parameters to evaluate, g-meter readings also weigh heavily when reviewing the overall performance of the car’s setup. The greater the g-forces carried, the faster the car is moving, and thus, the greater the distance the car has traveled. If the g-meter falls off too quickly on the launch, or on the gear changes, the crew chief may have selected the wrong gearing for the conditions. As the run is further analyzed, the crew chief looks for areas where the car underperformed, keeping in mind any change in conditions they will be faced with during the next run down the track.

Most fans in the grandstands never get to see these finite changes, which ultimately affect a car’s performance. However, it’s often been said that there are a million ways to lose a drag race and only two ways to win one – luck and preparation. The next time you see a car go up in smoke, shake the tires, or leave the starting line looking a little sluggish, remember that just a few grams of weight or a few turns of the wrench may have caused it to drop in performance. Oh yeah, here’s another old saying – “The secret’s in the clutch can!”