Goodwood victory: exploiting the potential of a V-12 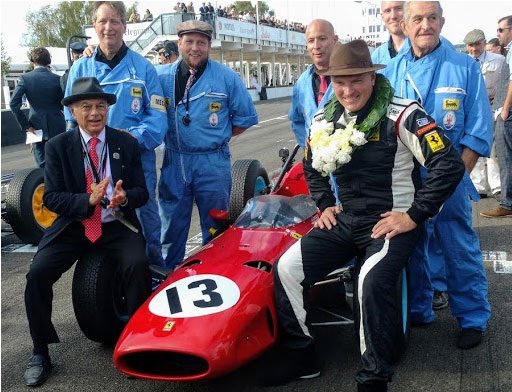 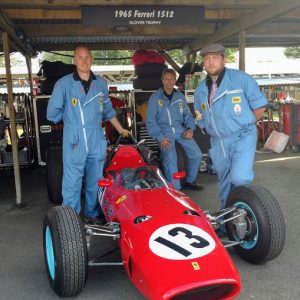 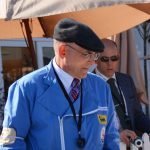 On September 12, on his 67th birthday, race engine builder Bob Bartlett of V&B Engines of Chatham, Virginia, provided sufficient motive power for Joe Colasacco to win the Glover Trophy at the 2018 Goodwood Revival.

‘We are proud to have contributed to this effort,’ wrote Bartlett, who not only built Joe’s winning engine but also supplied his cast magnesium wheels and other drivetrain parts. 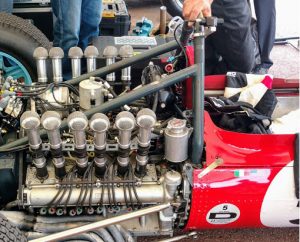 ‘Obviously, we were pleased to hear Middlehurst complain about his 20 HP deficit to our engine (although we don’t think it’s actually that much).’ Nonetheless, it was a crowning achievement. You can also take delight in the unique high-pitched howl of the Ferrari heard at times during race coverage.

Watch the race at https://www.motorsport.com/ca/vintage/video/goodwood-revival-sunday/373338/ and fast-forward the video to 6:25:05 to see the prelude, or move along a further 12mins to enjoy the race. 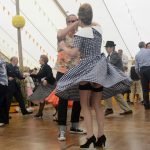 Two further points, first, pay attention to Belleville, Illinois racer James King driving the no. 22 Brabham BT7, the ex Dan Gurney car that won the French GP. Second, for those unfamiliar with the incomparable Goodwood Revival and its protocol, all participants and spectators are encouraged to dress in period; that is, Goodwood’s heyday from 1948 to the mid-1960s.