The allure of Goodwood 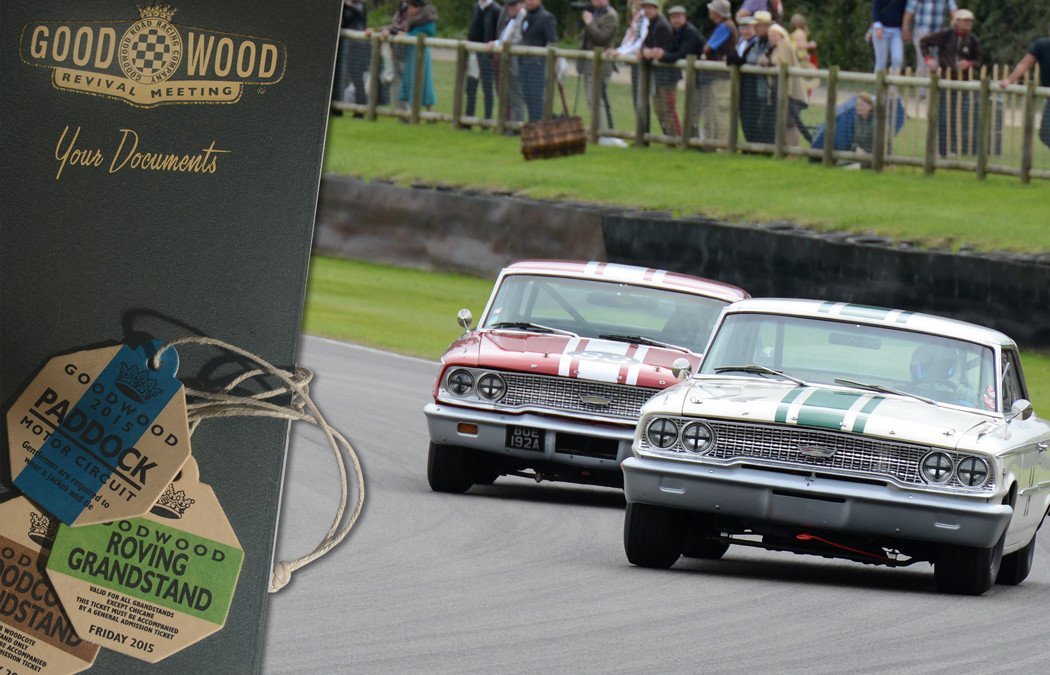 When you first stand at Goodwood’s St. Mary’s corner, a fast, sweeping left hander, and race cars explode into view, you completely forget everything—your camera settings, your notes, the name of the race—every rational thought can vanish except one: this is living!

An enticing step back in time, the annual Goodwood Revival is the world’s largest historic motor racing event. Staged every September since 1998, the venue is located near Chichester, a West Sussex cathedral city situated near England’s Southeast coast. Each year the Revival introduces an unfailingly unique experience to a sellout crowd of nearly 150,000. They attend in period clothing, marvel at the world’s most enchanting motor cars, bikes, and planes and revel in its inviting atmosphere. It remains the only international motor sport venue that has been preserved in its original form.

Goodwood commemorates a racing era that began in 1948 and ended in 1966. During the second German war, the grounds had served as a Battle of Britain airfield and when the RAF closed the base after the war, landowner Freddie March, grandfather to current owner Earl of March, converted the perimeter road into a racing circuit.

This year’s event took place on September 11-13 and included 15 races for cars and motorcycles that had been constructed up to and including the year of 1966. A special tribute to motor sport legend Bruce McLaren was laid on as was a celebration of the 50th anniversary of Shelby’s Daytona Coupe. Also, Sir Jackie Stewart demonstrated the BRM P261 in which he won the Italian F1 GP exactly 50 years ago to the day, September 12, 1965.

Earlier this year, I had applied for a press pass in plenty of time but my application had been rejected once again…over subscribed they had said apologetically. But there was no great sense of loss as spectator access to most of the track action is almost as panoramic as that available to the press—the only irresistible shots beyond the enthusiast’s reach are those in and around the pits and the starting grid.

For those who enjoy the pleasures of historic racing cars and motorcycles—as well as people enjoying themselves to the fullest—here is a profusion of images we hope will please.

For historic Ferrari admirers there was the Lavant Cup, a twenty-minute race for drum-brake Ferrari sports prototypes of the 1950s. 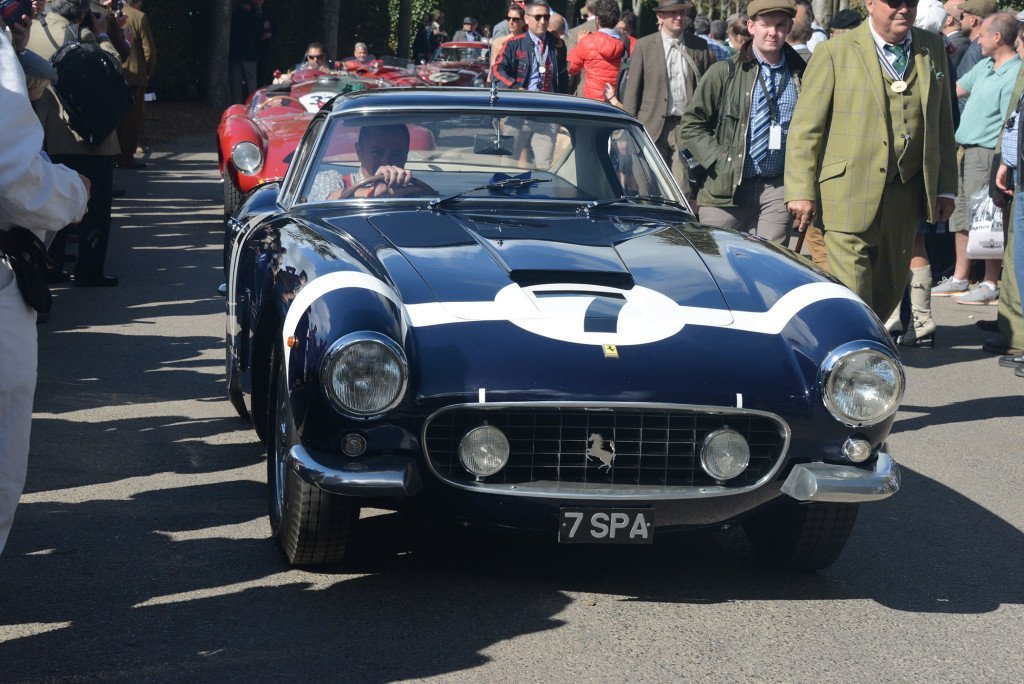 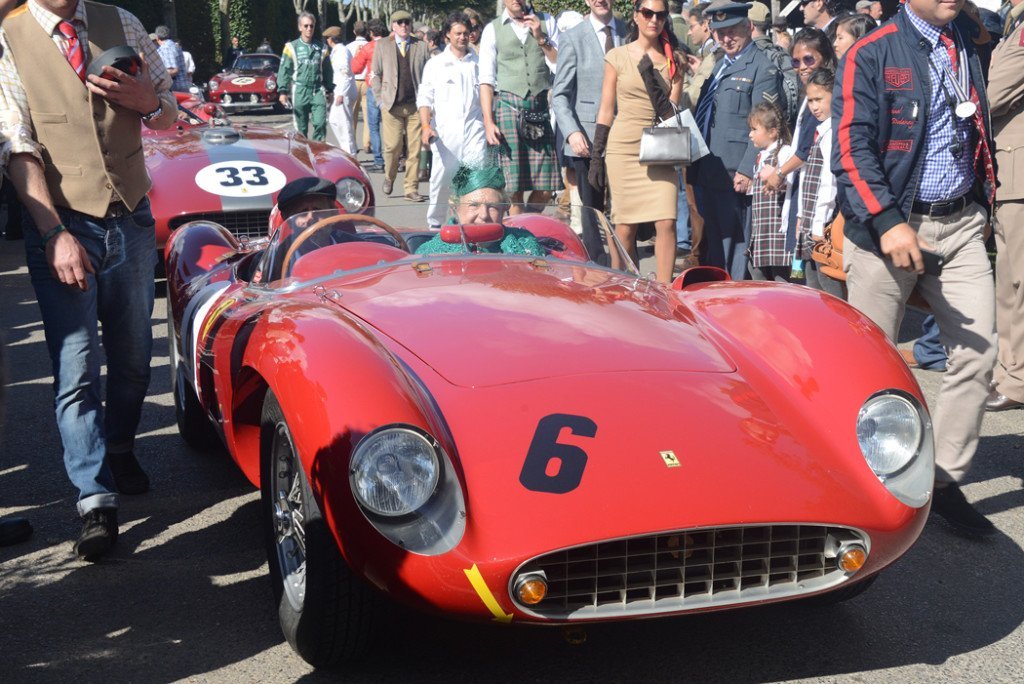 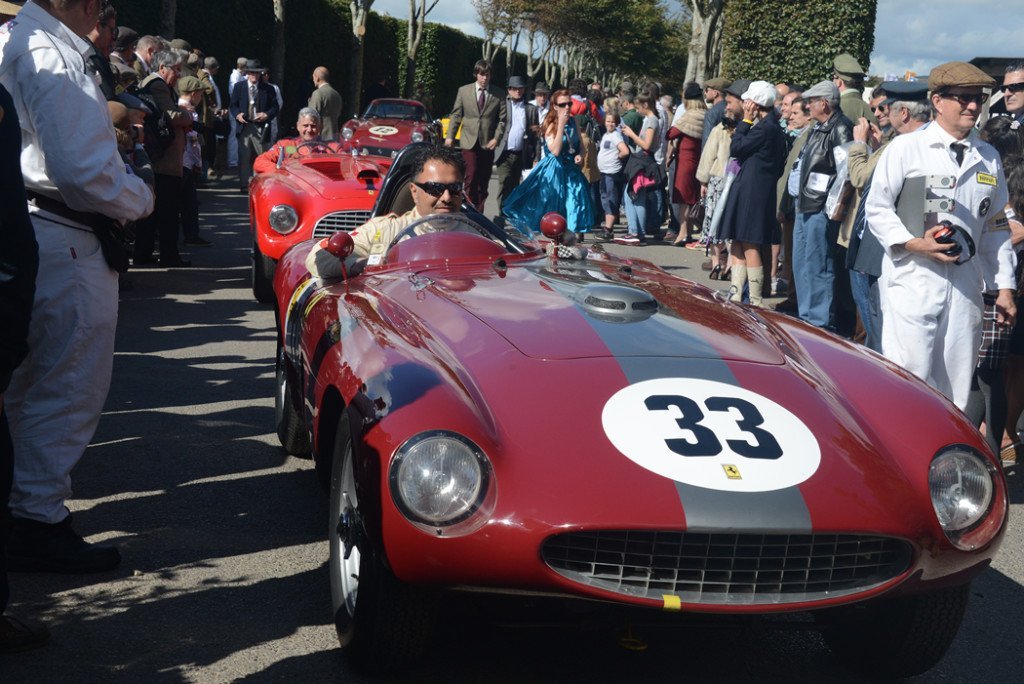 Ferrari #33: Not listed in program 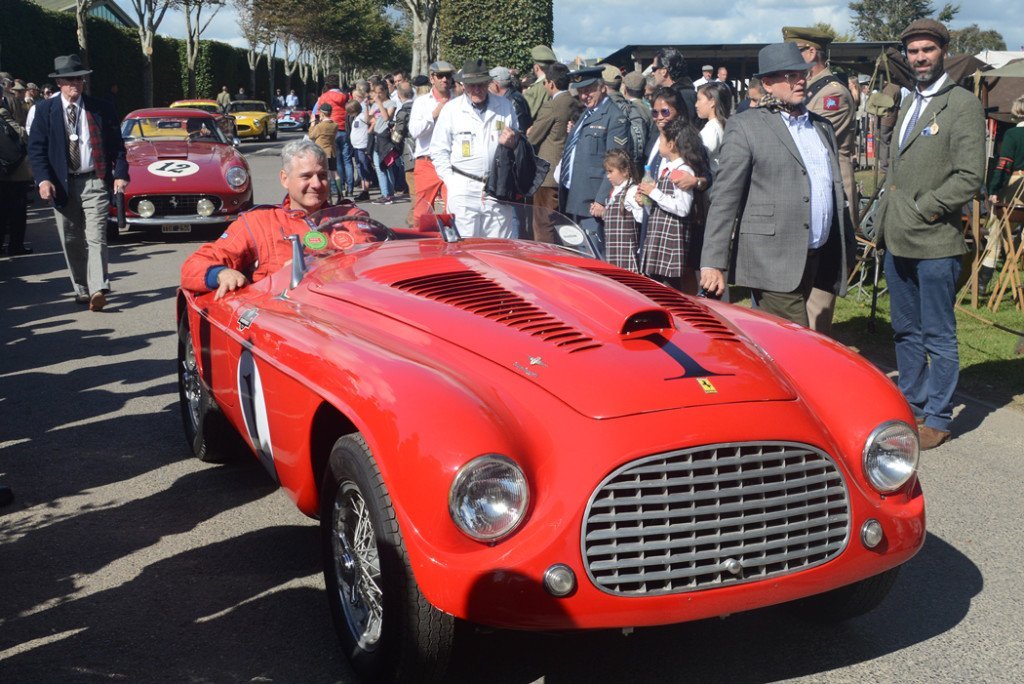 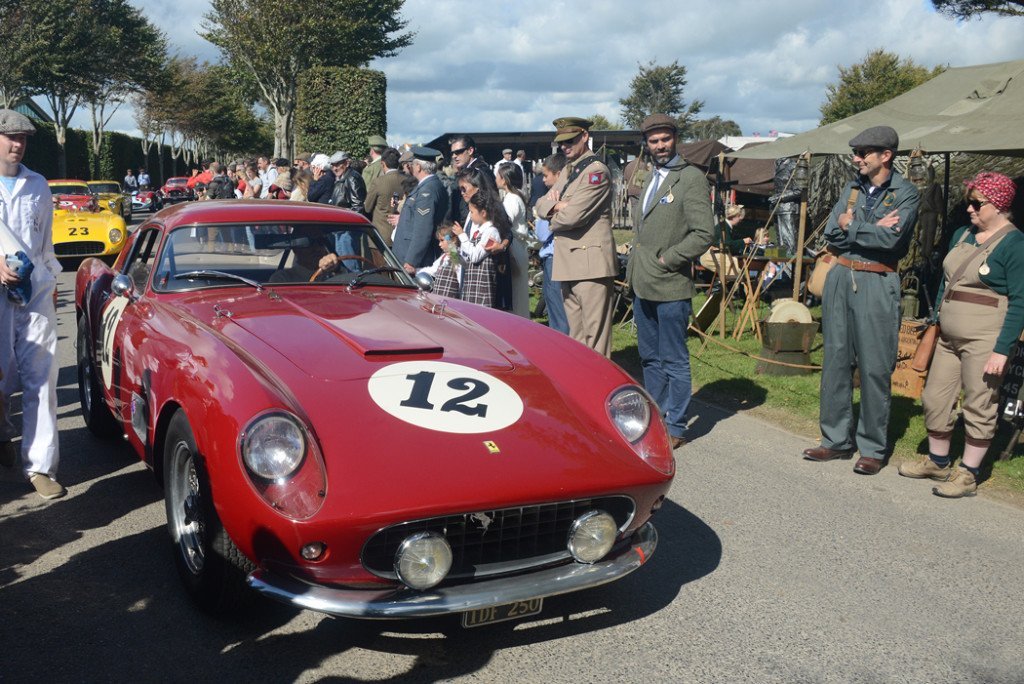 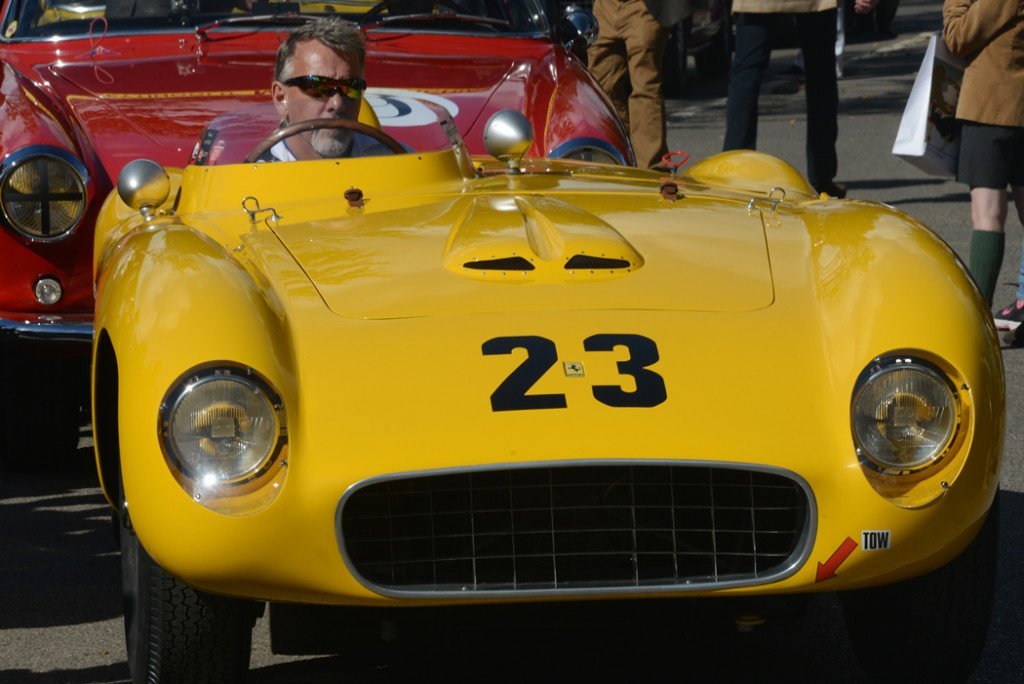 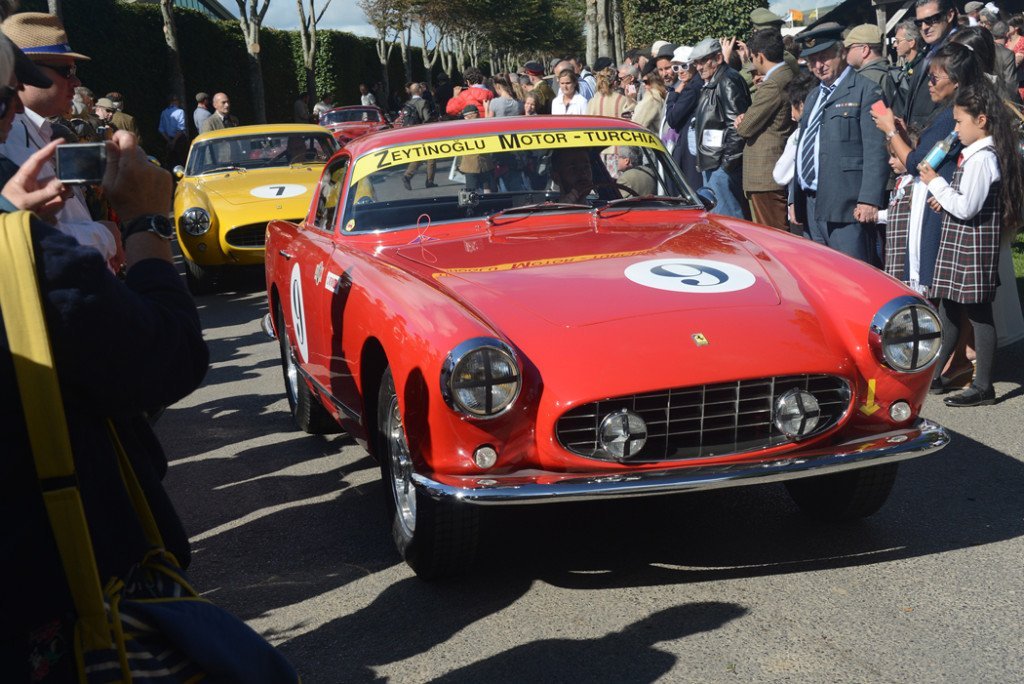 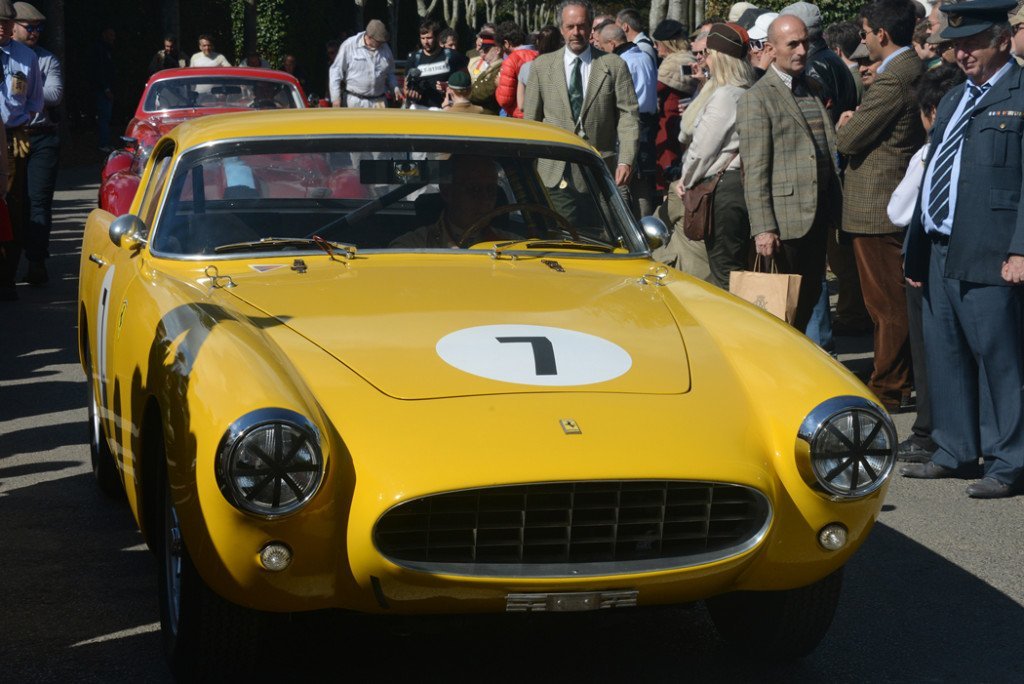 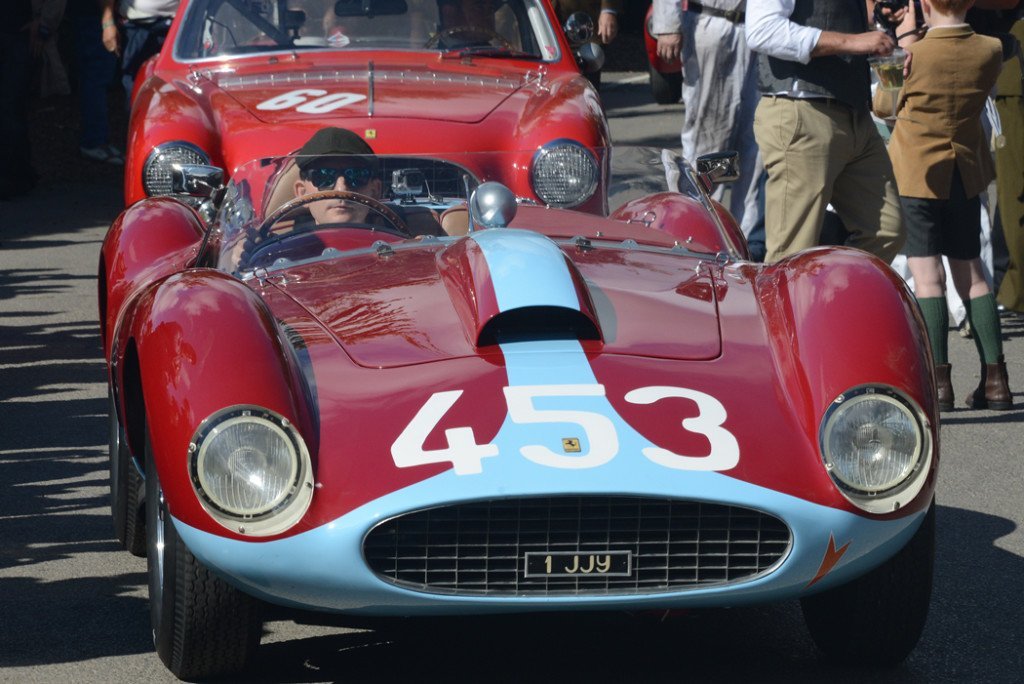 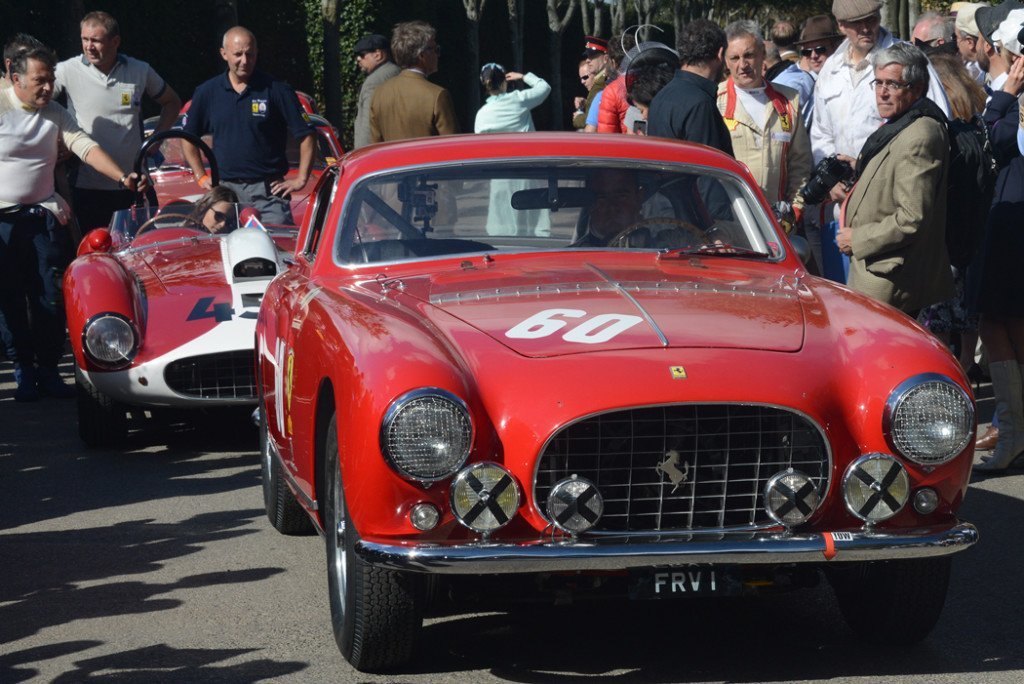 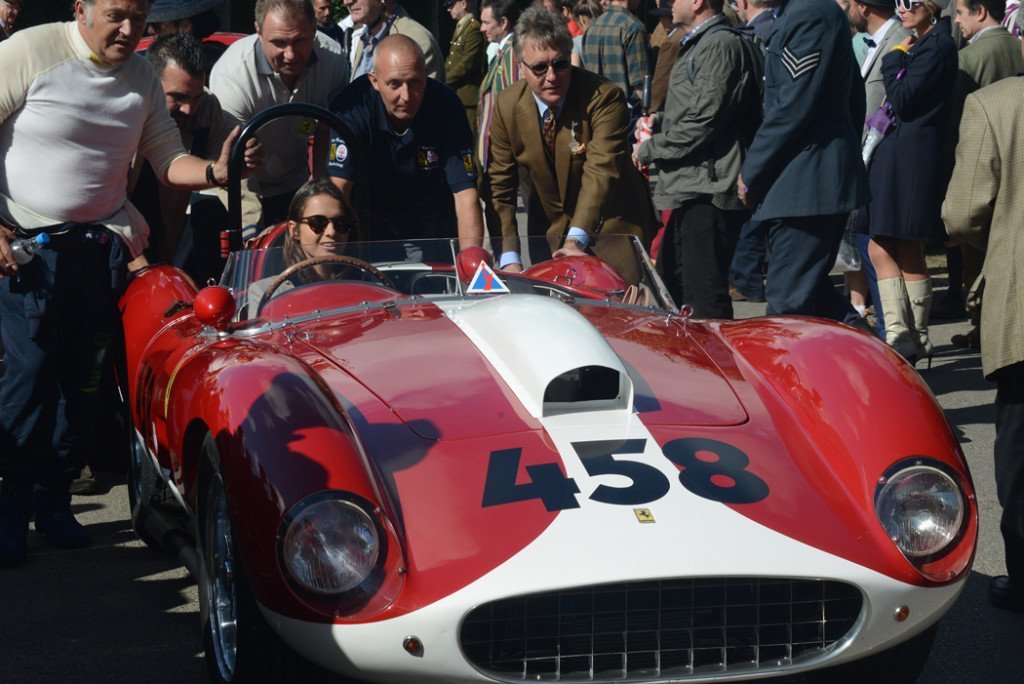 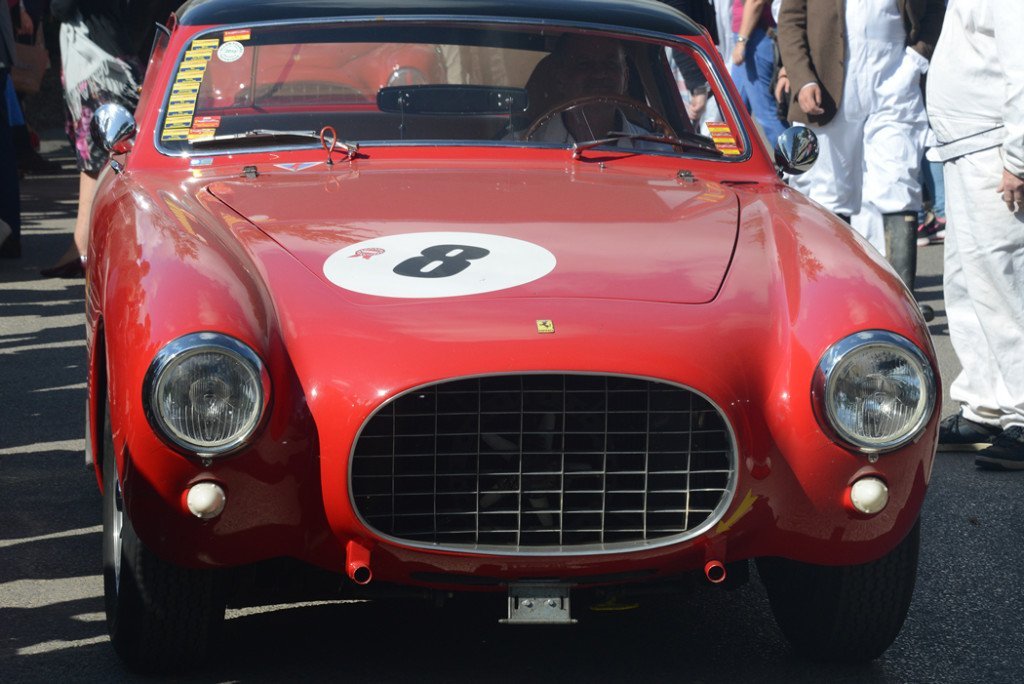 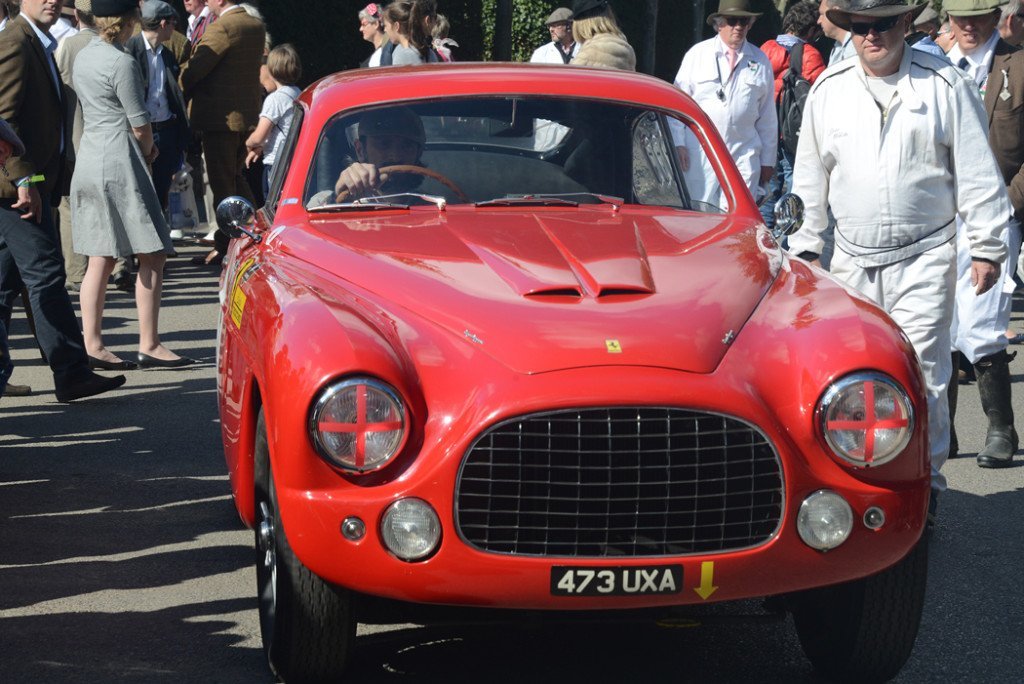 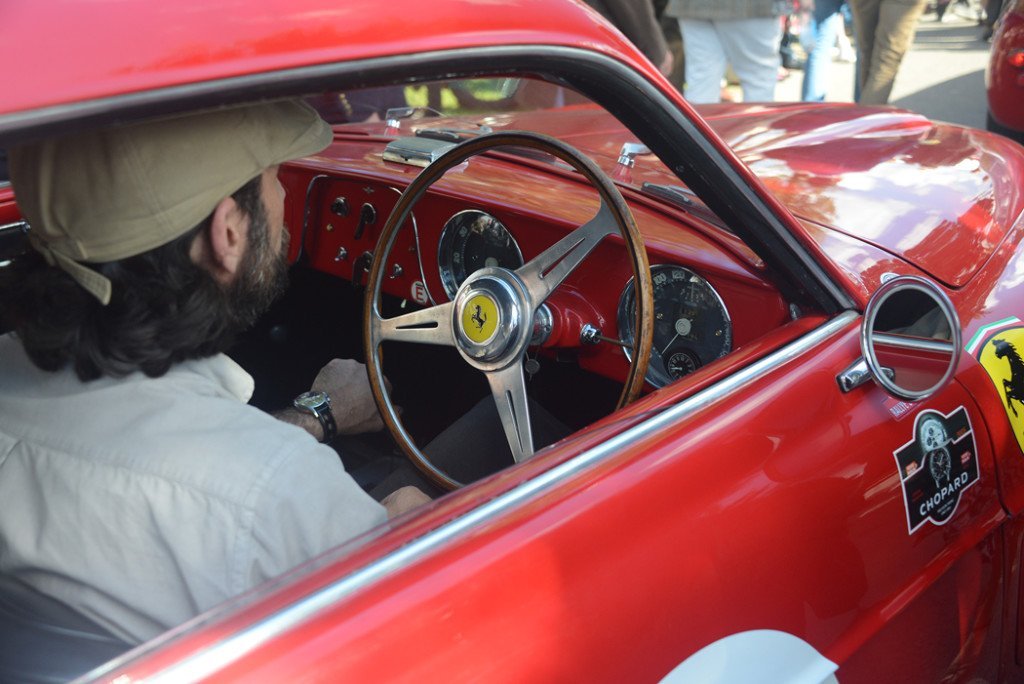 In recessionary times, handsome profits are realized on most early Ferrari models 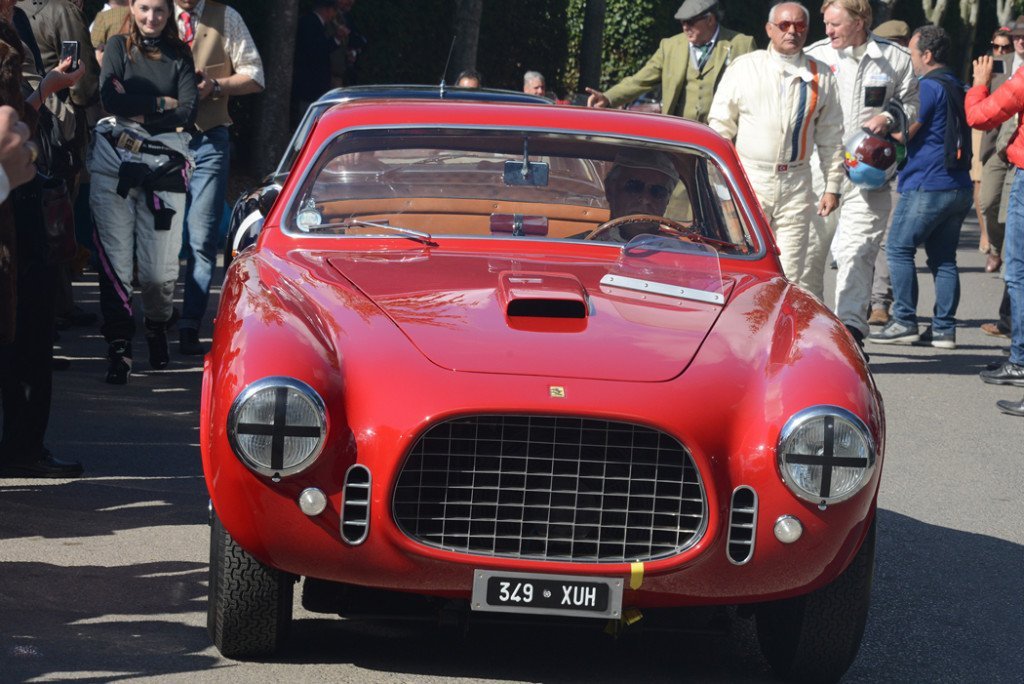 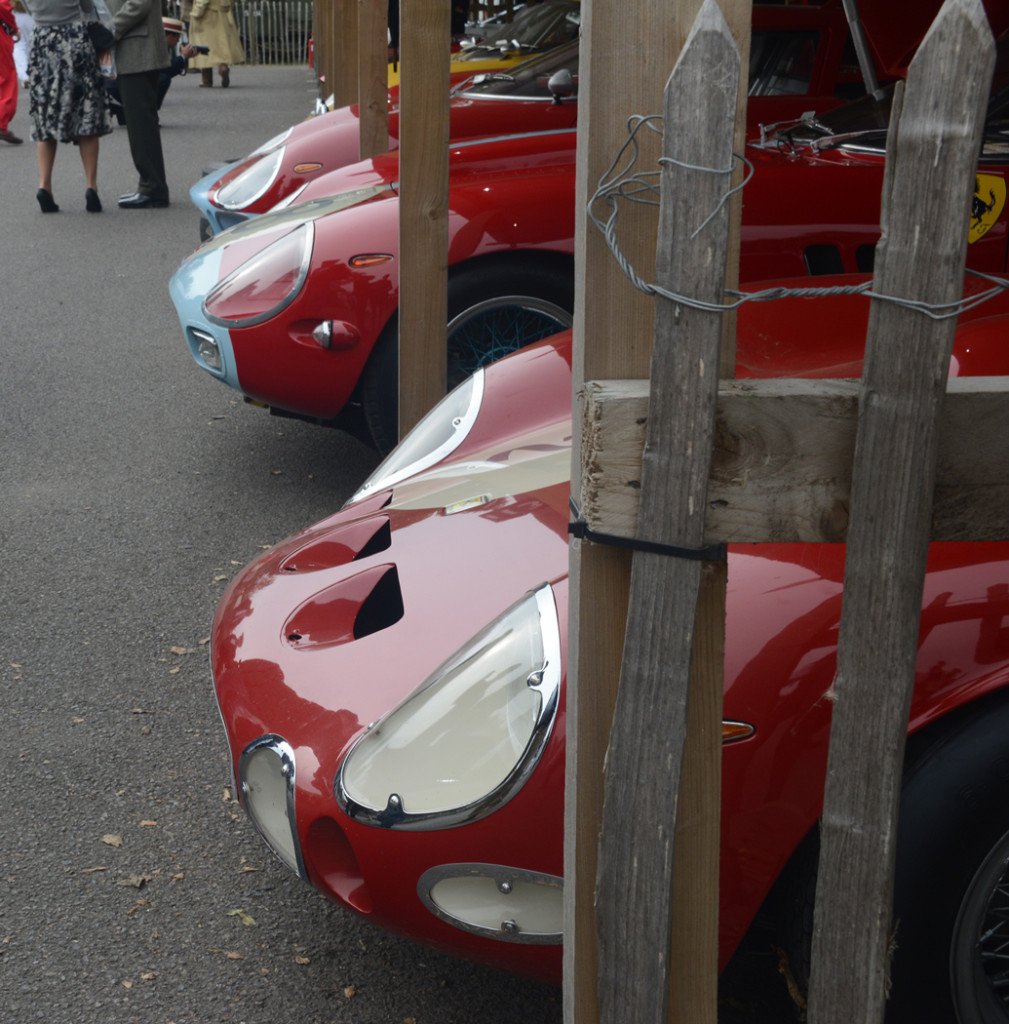