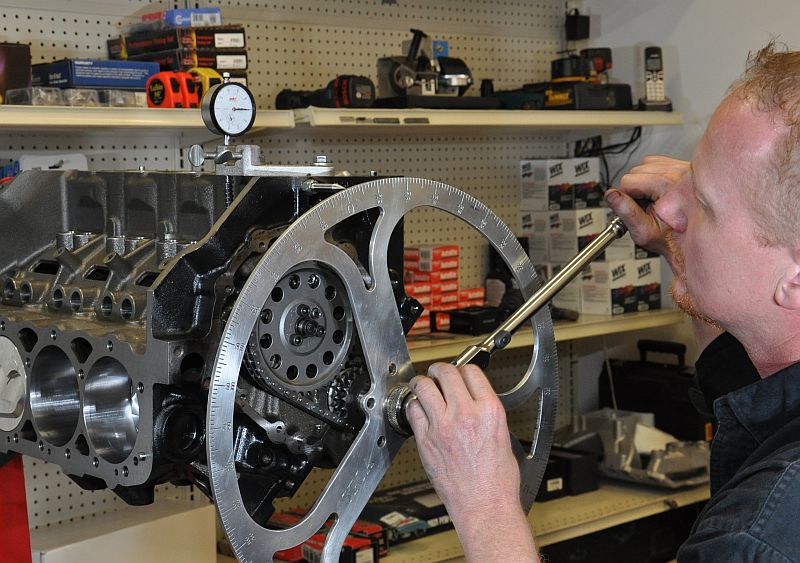 By the end of his first year in business Kevin Stoa had built 80 race engines. A twice Super Nationals winner in IMCA Modified, Stoa formed his company in January 2009, on his fortieth birthday, in his home town of Albert Lea, Minnesota. He renovated his shop and hired two trustworthy engine builders he’d known for decades, Preston and Jerry, and KS Engineering was in business.

Located near the town’s water tower, the shop curiously displays no name. In fact, callers eager to visit the establishment can stand outside the building at 117 North Newton Avenue in confused silence while inside a dynamometer races at 7,300 rpm—a masterpiece in urban sound suppression.

Acclaimed race engine shops usually succeed through the aspirations of one individual, and it’s unlikely there is a single shop of any consequence that is not the lengthened shadow of one man. And so it has been with the able young Stoa. Over the past two seasons KS Engineering’s race engines have demonstrated impressive pace and durability. In 2012, on Memorial Day weekend, four different customers prevailed in four different races. By mid-season the KS order book contained reservations two months ahead.

Our interest aroused, we decided to pay a visit and try to document some of the secrets of Stoa’s race engine building techniques. On the dirt ovals Stoa is a much-admired man: quiet and understated he is uncomplicated, direct, and sincere. In the workshop, he has a thorough yet pragmatic approach to his craft, and his deftness around an engine cradle is something to see. In this story, the first of three parts, we will show you the preparation of Kevin Stoa’s own race engine, built for his 2011 Dirt Modified season. Here is part one.