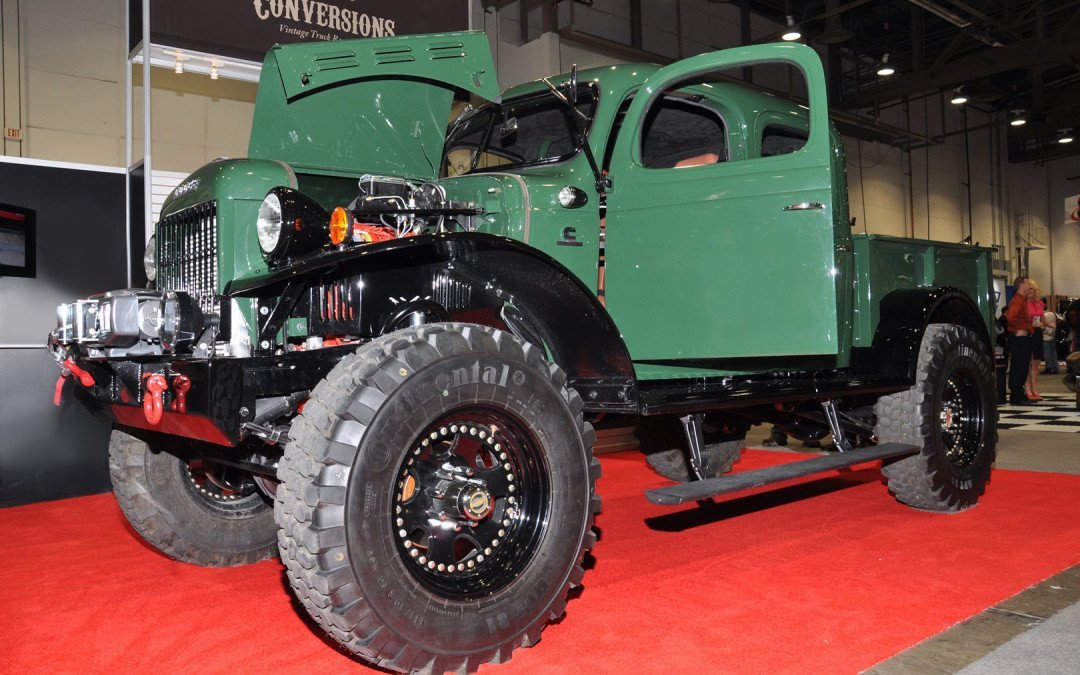 Jackson, WY: Experience tells us that to acquire commercial success nothing trumps a good idea. This was never more conclusively demonstrated than when Winslow S. Bent hit a home run with startling sales of his Dodge Power Wagon.

In 2009 Winslow Bent formed Legacy Classic Trucks in Jackson Hole, Wyoming, a vintage truck restoration business specializing in the development and refurbishment of the Power Wagon. Three years later he has engaged 14 employees, he has sold 25 machines and he has orders pending on a further twelve. Depending upon their specification these remarkable and immaculate trucks cost anywhere from $110,000 to $185,000. In addition to domestic sales the Power Wagon can be found in foreign lands as close as Canada and as distant as New Zealand. Originally made legendary by the US military, particularly by the enthusiasm exuded by US troops returning from overseas following the end of World War II, the Dodge Power Wagon was the first of its kind. It was a four-wheel-drive machine with two power-take-off points: one at the rear and another at the front which invariably powered a winch. It was used in forestry and to till fields and plant telephone poles, to lay railroad tracks and pull stumps from the ground. When surveyors needed a 4-wheel-drive vehicle to move equipment across the desert during early oil exploration in the Middle East, it was the Dodge Power Wagon that flourished. It handled its duties startlingly well even in the most hostile environments.

Ranchers used them in the American West to transport feed to their cattle and horses. With plow attached it easily conquered snow two and three feet deep. People would operate saws and post-hole diggers from the power-take-off shafts. A derivative of the WWII truck and produced from 1946 to ‘68, this truck’s genius lies not only in its utilitarian ruggedness but also the beauty of it pragmatic lines.

“Today’s machine,” claims Winslow Bent, “has quality at its heart. We invest it with the finest bodywork and interior. And our new suspension and steering has a patent pending. It is the best we know.”

Judging by its effect at the SEMA show, this truck won’t have to move an inch to gain the attention of the entire street. If it has a downside its owners and admirers have failed to find it!