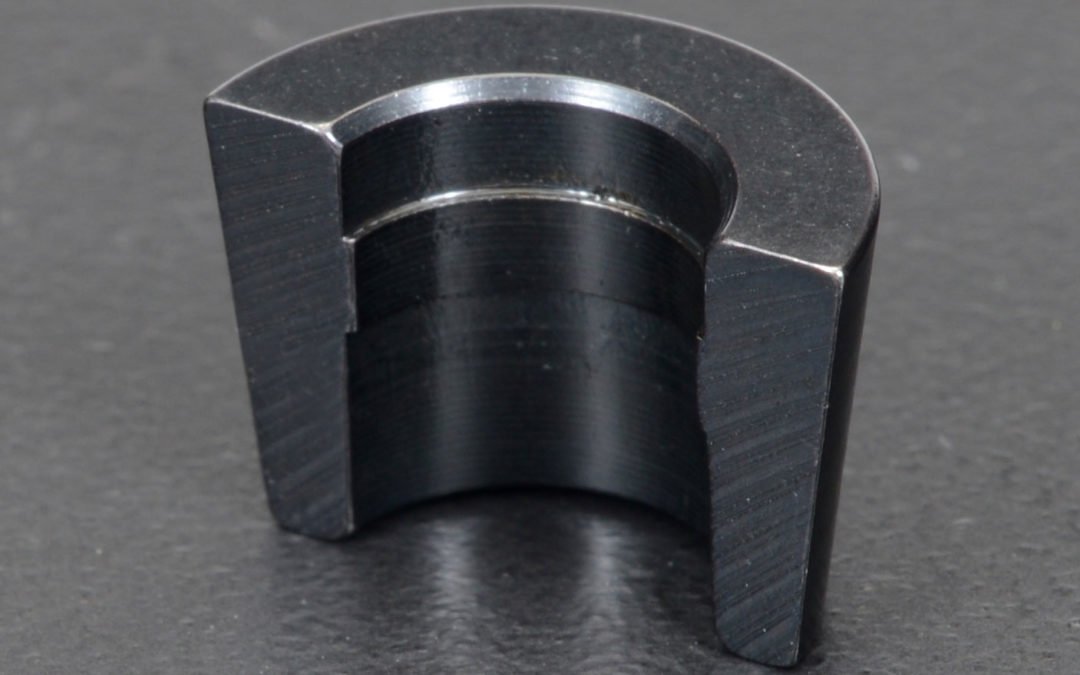 Even a brief assessment of the valve lock will quickly convince us it’s at the heart of the competition valve train.

Pioneered by the original equipment manufacturers and virtually fail-safe, the ubiquitous 7-degree valve lock has been the standard for decades. Its 7-degree outer tapered shape fits into a similar taper on the valve spring retainer. Some engineers refer to its 7-degree angle as a locking taper. 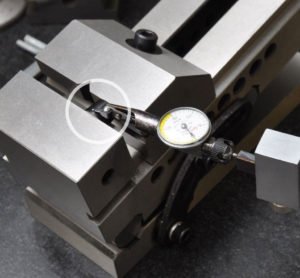 The outer angle, which might be 7, 8, or 10 degrees, is measured on a sine vice. The narrower angle creates a tighter lock; the wider angle allows easier separation.

But, the shallower the taper, the harder it is to separate and remove, and drag racers constrained by time, understandably, grew impatient. It was infernally tedious, frustratingly tight and thus inconvenient. In their desire for efficiency, the 10-degree taper emerged.

Though the 10-degree valve lock offers faster dismantling, the wider angle, unfortunately, cannot function reliably for sustained periods of valve float as the retainer can become separated from the valve lock, potentially causing the locks to fall out. 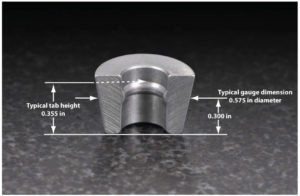 The outer diameter of the valve locks is measured at a specific point on the angle. A race engine builder might specify a gauge dimension of, say 0.575in OD at 0.300in high. To check this dimension, he acquires a 0.575in ring gauge, assembles the locks onto the valve, and measures the position on the angle. 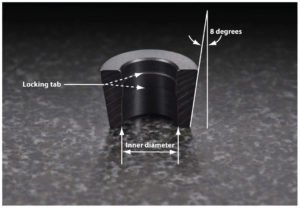 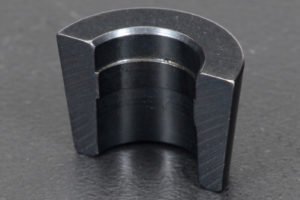 The top region of the valve lock is its most important portion. Whether formed with a radius or with a square shoulder, this is where its locking tab interfaces with the keeper groove on the valve stem. Square tabs usually protrude into the keeper groove about 0.011in or 0.012in; radius tabs 0.020in to 0.022in.

Identifying the telling signs of over revving

Engine builder Jon Kaase says, “Sometimes if the valve train gets out of control and it’s bouncing around, the valve locks get chafed on their bead locks or scored on their half-round portion beneath the bead lock—that is, the part that sits on the stem of the valve.”

A common sign of over-revving is often observed in the contrasting appearance of the valve locks: the locks on the exhaust valves look like new while the intakes have a shiny appearance. This is probably explained by the fact that the intake valve is slightly heavier and also the intake cam lobe is more aggressive.

Moreover, valve lock joints are strengthened by the presence of a deeper skirt—a greater clamping area beneath the keeper groove. This directs stresses to the valve stem below the keeper groove. Thus the groove and more importantly the area above it are less threatened.

Finally, the three critical dimensions of the valve lock are as follows: the outer angle, the outer diameter, and the inner diameter.