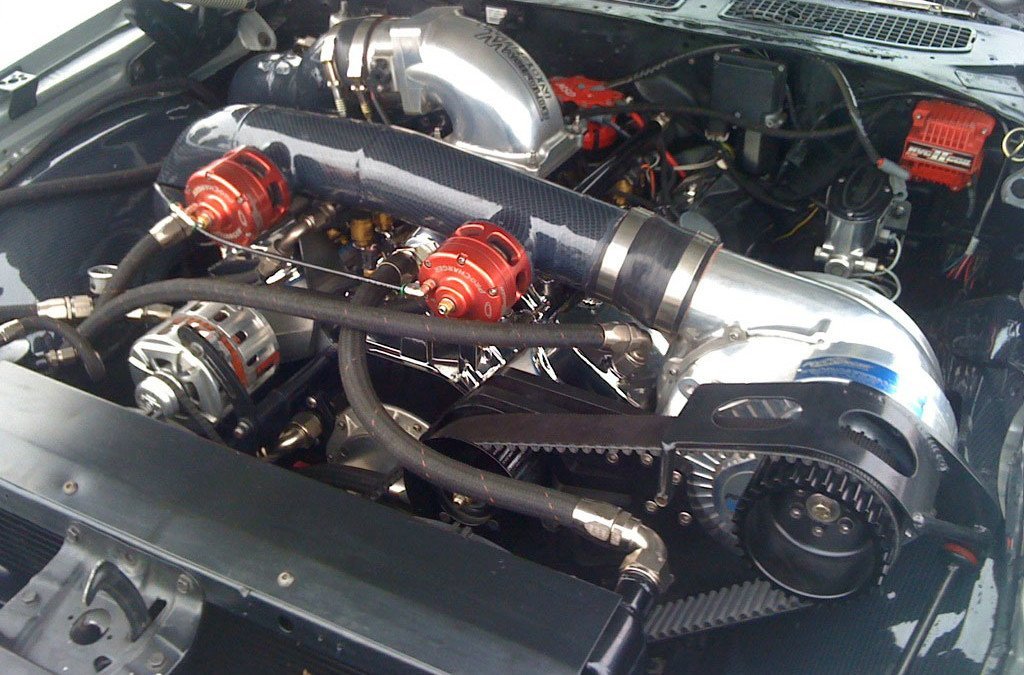 HOT ROD magazine has been at our industry’s forefront longer than most of us have been around.

Though they’ve been sustaining the momentum of hotrods since January 1948, often it’s to their big ideas they owe their supremacy. Reflect for a moment on one of their biggest and brightest: HOT ROD Drag Week™. Five days of drag strip passes and 1,400 highway miles. Those that survive and record the best five-day average at the drag strips win their class.

Presented by Gear Vendors, this may be the toughest test ever invented for the engine builders of high horsepower road-registered muscle cars. The rules require the cars to travel approximately 1,400 miles on public highways over the course of five days in late spring and participate in a week of drag passes. Those that survive the journey and record the best five-day average at the drag strips win their class.

Clearly, the emphasis on survival is high, particularly in the Unlimited and Modified classes where some vehicles pack 2,000hp at the rear wheels. Of the approximately 186 starters in last year’s Drag Week, which also included Daily Driver classes, 106 powerful Muscle cars started but only 87 of them finished, 7 of them failing on the first day. So how do these extraordinarily powerful engines succeed in this most grueling test? Accomplished race engine builders are individuals with rare abilities. They have endlessly inquiring minds, unusual vitality, and remarkable resilience—Facebookers and Tweeters they ain’t. They simply don’t have time for it. So how can you reach them when they aren’t working?

In a 25-minute chance meeting at the Trend Performance booth at last December’s IMIS show in Indianapolis, Norm Beerhorst agreed to answer a few questions on his successes with centrifugal supercharged and turbocharged engines competing in this rare combination of high mileage road use and extreme competition known as HOT ROD Drag Week™.

Since 1987 Beerhorst, an unusually lucid man, has headed Ultra Tech Racing Engines near South Bend Indiana; since 2009 he has been channeling his energies to Drag Week competition. Here stated in simple terms are some of the rules that guide him.

Beerhorst on the advantage of the pressurized engine—centrifugally supercharged or turbocharged: Valve bounce occurs when pushrods deflect. They store their energy like a pole-vaulter’s pole, releasing it on the valves’ closing cycles. This Spintron offers solutions for valve train troubles.

The biggest advantage of running a boosted “pressurized” engine is that you have the ability to double or triple the power output of a street-drivable passenger car.

On heat and its consequences

When you increase the boost you increase the heat. When you have a warmer charge—that is, when the temperature of your induction charge increases—you lose power. You may have increased the boost but not necessarily the power. It’s important to keep the induction temperature, the air-fuel ratio, as cool as possible. A cooler charge produces a greater expansion rate under compression. To achieve these cold temperatures a large, efficient water-to-air intercooler with a packed ice charge is required. This perpetuates the flow of cold water through the intercooler, which reduces the temperature of the incoming air charge.

On preparing for the HOT ROD Drag Week™ Eighty-two of the engine’s horsepower are required to drive this centrifugal supercharger, yet with 10lbs of boosted pressure it delivered almost 200hp more than when naturally aspirated.

When I’m pursuing maximum power and aiming for 3,000-plus street-driven miles without engine component failures, I use the Spintron to make it possible. It can determine where the valve gear is at its happiest—and at its most vulnerable.

On testing valve train with a Spintron

The objective is to make valve train components compatible. This means making it possible for the camshaft, lifters, pushrods, valve springs, retainers, locks and rocker arms to work at high engine speeds in harmony. To encourage the lifters to follow the shape of the cam lobes you can increase valve spring pressures. But inevitably the Spintron will detect pushrod deflection, as their stability is jeopardized. However, going to Trend’s larger diameter, thicker wall pushrods usually resolves this problem. If the pushrod deflects as it opens the inlet valve, it stores that energy like a pole-vaulter’s pole and releases it on the valve’s closing cycle. The stored energy overcomes the spring pressure while the valve is closing and as the pushrod returns to its straight condition it sends a severe shock spike through the valve train. The valve bouncing on its seat is the first indication of this condition.

When the intake valve bounces on its seat it chatters as it opens and closes instead of closing smoothly. Unlike a chattering exhaust valve, the inlet sends unwanted signals into the intake manifold, which disrupt the function of all the cylinders. Boosted pressures increase heat; as a consequence engine power is lost. A cooler induction charge can easily expand 5 times more than a warmer charge. Use an efficient intercooler.

Another concerning factor of valve bounce, both inlet and exhaust, is the damage it can inflict on springs, retainers, locks and rocker arms. When testing for this on the Spintron, you can also find the RPM range where the engine is least happy. Avoiding this rpm band gives you a decisive edge.

The Spintron has probably been the best tool devised for improving engine power and endurance in the last decade.

Read more on this series of Beerhorst on boosted engines in our next News Brief.

Finally, Turbos return to Formula One racing next year…

Seeking efficiencies in fuel consumption without a loss in lap speeds the new ‘fuel formula’ regulations will contain costs by a 15 percent reduction in the engines’ moving parts.

This is the first time F1 has used turbo engines since the 1980s and replacing the current 18,000rpm V8s with new, compact V6 engines restricted to 15,000rpm will result in a 30 percent gain in efficiency over existing V8 standards.