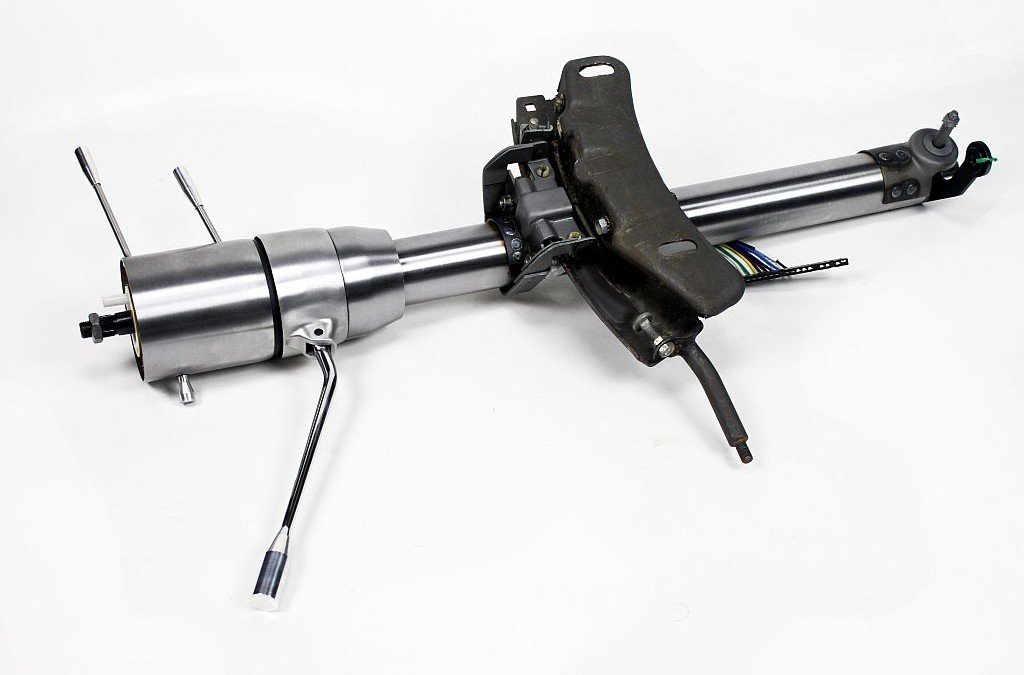 Hot rods create an environment that removes us far from the chaos of the real world. And their custom innovations are the luxuries they bring to our lives.

For some production shops, developing a one-off design is not in the cards. Others, in contrast, interpret this as laziness or a lack of ingenuity or complacency or some combination of the three. They see it as ignoring an opportunity.

Still, to succeed in custom designs you need access to an efficient team armed with specialist knowledge and swiftness—a team that is irrepressible in overcoming obstacles. This is often best illustrated in the completion time of projects and their cost.

Before hot rodder Kevin Smith from Manvel, Texas appeared at the ididit booth during the 2015 NSRA Nationals in Louisville, he had already made inquiries at several shops without success. By combining some of his original parts with newly designed components, he was planning a custom-built steering column for a 1962 Ford Thunderbird that he and his son were building and needed specialist help. Here are Kevin’s requirements and how the Michigan firm, ididit, accomplished it. 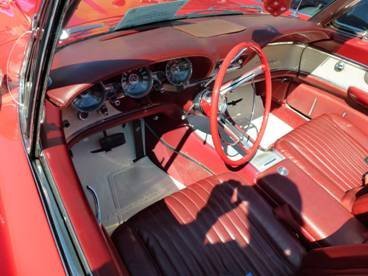 Some early 1960’s Ford Thunderbirds adopted a Swing-away steering column that promoted easier vehicle-entry and exit. Though the internals of ididit’s replacement column were already congested the unique mechanism was accommodated.

First, the 1962 Thunderbird was equipped with a Swing-away column arrangement. Original and novel technology that promoted easier vehicle entry and exit, naturally, its owner wished to retain it.

In addition, the customer requested a column gear-shifting mechanism, featuring automatic shifting; four-way flashers, self-cancelling turn signals, not originally available; and column tilt. Today, 5-position tilt is in popular use, but Ididit has extended the articulation to eight positions, allowing the steering wheel to arc through a total travel of 35 degrees.

The remaining items on the requirements list included horn actuation and Ford-style knobs and levers. Lastly, as the original layout was bulky and no longer quite the beacon of engineering beauty, a request was made for a sleeker look. 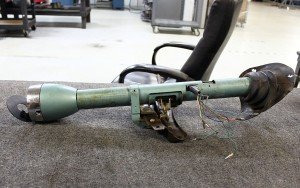 For this one-off custom assembly, ididit requested photographs of the original steering column arrangement in situ, particularly how it swung away, and how the entire mechanism was attached to the dash. They also requested as many relevant measurements as possible.

When the original steering column arrived in Michigan it was dismantled and some of the original parts, including the position locks, floor mount and particularly the swing-away apparatus were reconditioned and adapted for use in the new column. This entailed the creation of extensive modifications of the column to facilitate these fairly complex mechanisms. 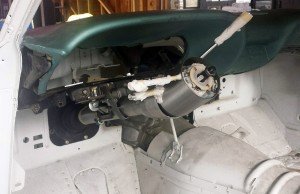 The original equipment steering wheel with its deep spokes will be modified to suit the bolt-hole mounting pattern of a GM upper mounting layout. Invariably, ididit employs a proprietary upper shaft finished with a GM spline in order to take advantage of the GM turn-signal arrangement, which in ididit’s experience is the most dependable.

“There were a great many parts and pieces concentrated in the column and, as you can imagine, one of the biggest challenges was getting all of them to fit and work collectively while still maintaining a sleek ididit look,” said the firm’s Marty Waterstraut. 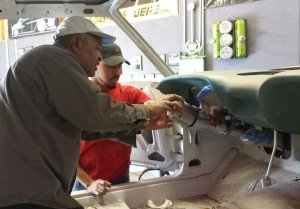 Here the new unit is being installed by owner Kevin Smith and son. The column slides perfectly into position, thanks to vivid photographs and accurate measurements.

A further concern was establishing exactly where the swing-away mechanism needed to be welded onto the column, he explains. “The positioning had to be exact and all of the measurements were determined by studying the customer’s original photographs along with the stock column he had shipped to us.”

To recap, exactness is the vital element in the construction of a successful custom steering column. As most of the custom columns are built from the ground up, it is necessary to send the builder the complete original column. In addition, include photographs of the column installed, particularly illustrating its attachment to the dash and also its proximity to the pedals. Moreover, show the location of the shifter and any other components that might obstruct column installation.

Lastly, specify column measurements, including those from the dash to the top of the column. The more details provided, the better the fit. Working closely with owner Kevin Smith and given his series of photographs and measurements, the project took a little over a month to complete. 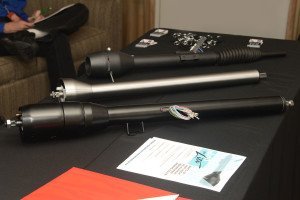 ididit, who has built thousands of custom steering columns, says, “If you can dream it we can build it”. In the early stages, however, it’s vital to provide photographs that clearly illustrate how the column is attached to the dash structure and its location between the pedals

If you appreciate the feel and versatility of a good steering column and admire a beautifully composed design, you’ll not need me to tell you that in having access to a proficient custom column service we can marvel at our good fortune.

ididit has been a family-owned steering column specialist since 1986. Though they produce steering columns for industrial applications, military simulators and golf carts, it is their award-winning columns for Street Rods, Muscle cars and classic trucks that brought them to broad acclaim.