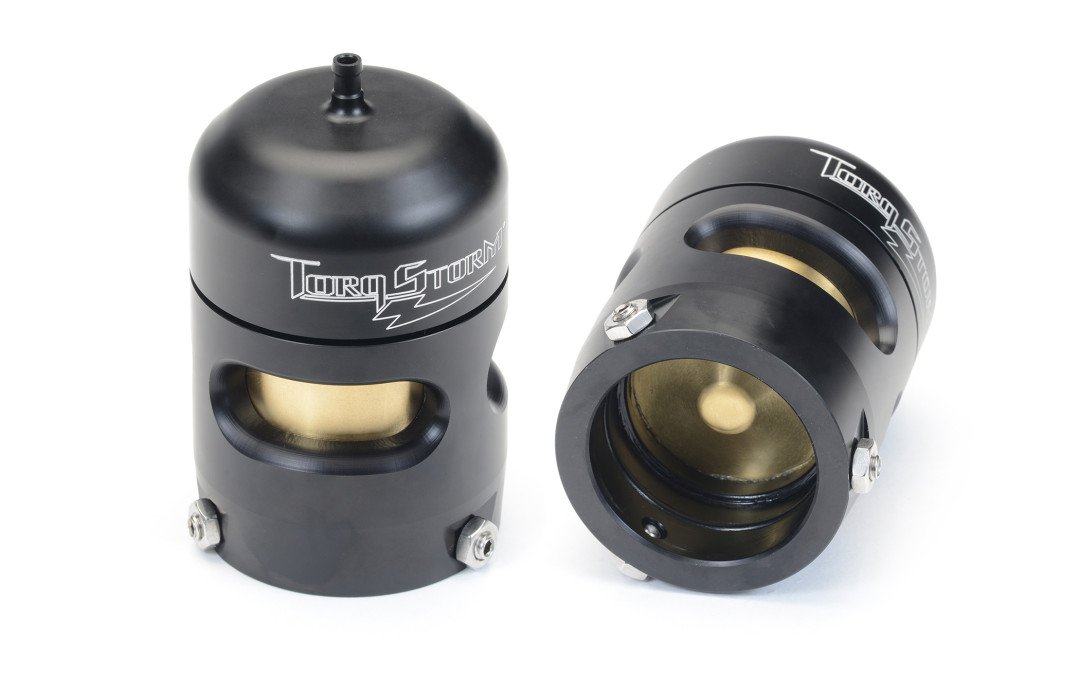 TorqStorm’s co-founder Chris Brooker when asked his response when inquirers refer to his particular centrifugal supercharger as a ProCharger, “I admire what they have done,” he admits. “They’ve dominated the market so extensively that their trade name sometimes supplants the category name – but we’re constantly improving.” In those two sentences, perhaps, is the reason why Brooker and his relatively new supercharger company are progressively becoming such interesting rivals.

Here is their latest announcement: a new blow-off valve.

TorqStorm Superchargers has increased the size of their compressor blow-off valve from 38mm to 52mm. The new device was a logical step to ease the work load on the supercharger’s compressor wheel—a move precipitated partly because their existing 38mm unit was operating near full capacity and partly because the new 52mm successor offers better control of air. 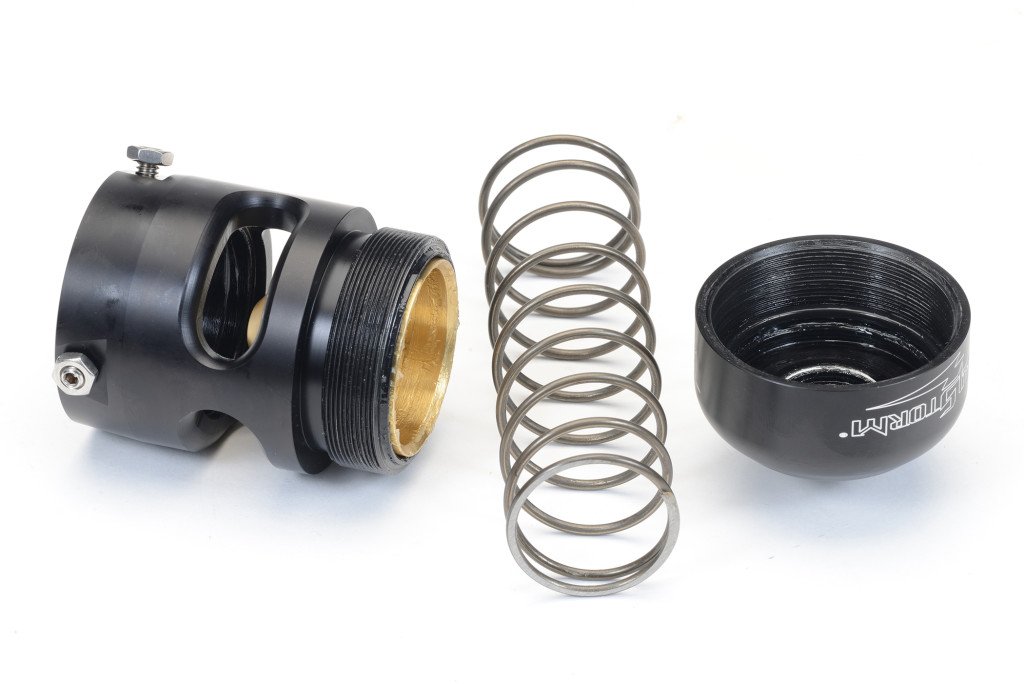 Connected to the 3.0 inch intake tract, TorqStorm’s new blow-off valve features a spring-loaded piston inside the valve’s aluminum housing and a 1/4in nipple on its cap that delivers a source of vacuum. Made of silicon bronze, the piston is closed by the power of the spring and opened by the power of 18psi of vacuum. The effect of the vacuum compresses the spring, allowing the piston to draw away from its seat, thus releasing unwanted boost pressure to the atmosphere through three elongated windows on the valve’s housing. Whoooosh!

Now supplied with all new kits, TorqStorm’s compressor blow-off valve measures 2-3/4inches in diameter and 4-5/8in long and is made entirely at their Michigan premises. For BOV upgrades, price including aluminum nipple for mounting to a tube $200.00.

More information on how the compressor blow-off valve functions?

When the engine is idling and its vacuum is high, the blow-off valve opens. But at full throttle when the engine is under load and vacuum is reduced to zero, it closes and the engine builds boost. Significantly, when the throttle pedal is abruptly released on a running engine the waves of boost pressure traveling within the large-bore delivery tube toward the plenum slam into the closed throttle plate, resulting in an instant reversal of direction toward the compressor wheel. Undoubtedly, this would be harmful to the wheel’s function: slowing it—stalling it even, potentially damaging the wheel, its shaft and bearings. Boost reversal can also interfere with the supercharger’s response as the compressor wheel loses momentum. Conveniently, the insertion of a compressor blow-off valve prevents the surge from entering the compressor, venting it to atmosphere when the throttle pedal is abruptly released.