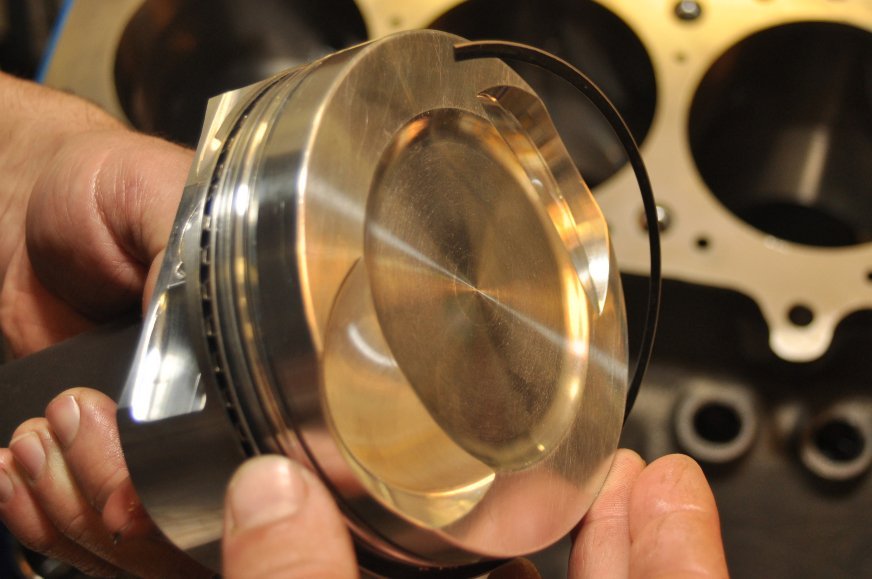 Denver, Colorado: Though piston maker Gibtec was established a mere two and a half years ago, the individuals behind it have specialized in Pro Stock billet piston development since 2003.

Notably, during this period their skills contributed to approximately 80 percent of the championship-winning Pro Stock engines. Recently, Tom Prock, the general manager of Venolia Pistons for thirty years said, “Currently, Gibtec is making some of the best Pro Stock pistons I’ve seen.” 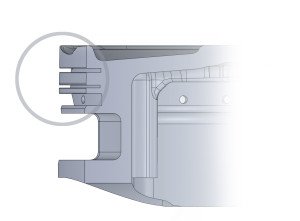 On forced induction and particularly nitrous engines, the top ring groove is moved down to around 0.420in to 0.430in from the piston crown.

On the subject of top ring placement, Gibtec Pistons’ head, Rob Giebas explains, “On forced induction and on nitrous applications, which encounter extreme shock loads, we move the top ring down from the piston crown to around 0.300in. However, the top ring could be moved down by as much as 0.450in, depending upon valve size and configuration, as well as the positioning of the valve pockets, the radial width of the top ring and the piston pin height,

“Often it’s the intake valve pocket, which is always bigger than the exhaust that determines the position of the top ring. Compact rings and therefore small ring grooves provide more potential for variation in ring placement than larger ring grooves. For example, a naturally aspirated engine with a top ring of 0.6mm (0.0236in) axial depth and 0.110in radial width, which requires a ring groove width of 0.115in, offers more pocket clearance than the top ring spec of a nitrous engine, which might measure 0.043in axial depth and 0.173in radial width. 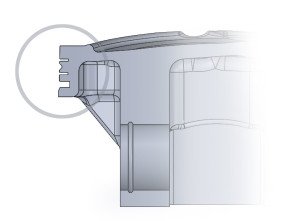 On naturally aspirated engines, the higher the top ring placement, the smaller the crevice volume between the piston and the cylinder wall, thus the quicker the reaction of the charge.

“But on most small-block applications with a standard in-line valve pattern and a power adder, lowering the top ring to around 0.300in protects it and the top land from potential detonation and other conditions that may occur in forced-induction applications.

“With the top ring positioned at a dimension of 0.260in down from the piston crown, the piston will accept 250 to 260hp shots of nitrous.  The big consideration with nitrous is air-fuel ratios. If they are inconsistent no amount of top-ring-down placement will save the piston.

When Rob Giebas began his career in the competition piston business over two decades ago, top ring dimensions of naturally aspirated applications were likely to be 0.043in x 0.145in or 0.155in. Today axial depths of 0.6mm (0.0236in) x 0.110in or even 0.95in ring radial widths are commonplace. Generating less friction in the cylinder remains the endeavor.